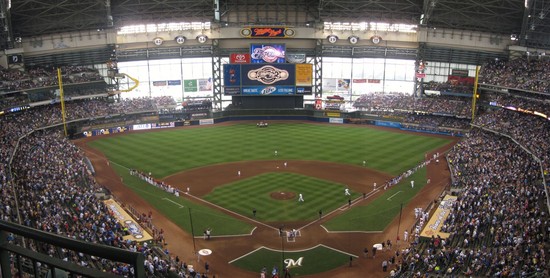 When I picked up a copy of THE GAME: INSIDE THE SECRET WORLD OF MAJOR LEAGUE BASEBALL’S POWER BROKERS by Jon Pessah I expected an exploration of the world of baseball between 1992 and 2010 from financial and labor perspectives.  What I read encompasses those general themes, but the book also evolved into a prolonged discussion of Bud Selig and George Steinbrenner’s roles in baseball during that time period, and bringing with it an excellent reporter’s knowledge of baseball and the personalities involved. I soon developed an intense distaste for Selig, who was the owner of the Milwaukee Brewers and the “acting” commissioner of baseball at the same time, a direct conflict of interest; and a greater understanding of Steinbrenner, and a degree of empathy for his at times, outrageous behavior.

The year 1992 can be considered a “watershed” year in the history of major league baseball.  The owners were at war with each other, the owners were also at war with the players through their labor union, and the steroid era was just emerging.  Pessah raises the question; did Bud Selig save baseball, as the former Commissioner of Baseball would like everyone to believe.  After reading Pessah’s account I agree with his conclusions that Selig did more to hurt the game he supposedly loved, and his actions were driven by his own selfish agenda and led to some of the most hypocritical actions and statements that I have ever been exposed to.  Bud Selig has one belief, what is best for Bud Selig.  When it came to his role as owner of the Milwaukee Brewers, that belief centered on improving the value of his franchise no matter who he hurt or used by reorienting baseball’s financial structure to meet his needs.

Unhappy with the settlement with the players union in 1990 because of what he perceived to be the actions of then Baseball Commissioner Faye Vincent, Selig worked assiduously to have him removed and have himself appointed as “acting” commissioner.  Once this was achieved Selig would be in charge of negotiating a new contract with his adversary, Donald Fehr, the head of the players union.  The Brewers team debt stood at $35 million in 1990 and throughout the period it would quadruple, if not more.  For Selig, a new stadium was needed to replace the antiquated Milwaukee County Stadium to help pay down his debt.  The problem was who would finance the cost of this project.  As Pessah’s research will prove Selig would blackmail localities into having public funding for stadiums or they could lose their teams to franchise relocation or contraction (having the league fold their franchises).   Selig was envious of large market teams with extensive resources because of cable television contracts and other marketing advantages, as a result he sought to pillage those teams through revenue sharing, a salary cap, and possibly, a luxury tax.  His target was George Steinbrenner’s New York Yankees and a few other franchises.  What was most disingenuous, is that when revenue sharing was eventually implemented, many of the small market teams took the millions of dollars they received, supposedly designated for player development and procurement to make their teams more competitive, and devoted the money to their own profits.  In Selig’s case he paid down his debt, and at the same time reduced his payroll.  In the case of billionaire owner, Carl Polhand of the Minnesota Twins, he just pocketed the money.

The first part of the book analyzes the steps that led to the cancelling of the last month of the 1994 baseball season and the World Series.  In meticulous fashion Pessah describes the positions of the owners and the player’s union.  What seems abundantly clear is no matter how many times Selig downplayed the idea that the owners wanted a strike, the evidence reflects the opposite.  After Selig arranged his coup against Vincent, he also engineered a change in baseball’s voting structure to allow small market teams like the Brewers to veto any settlement with the players they did not like.  Pessah places the onus of the strike and the possible use of replacement players on Selig and his supporters, and less so on the player’s union head, Donald Fehr.  Along the way the author integrates the story of Don Mattingly, the Yankee first basement who had never been to the post season and whose body was slowly giving way to father time.  When Selig ended the season, the Yankees were in first place and were on the road to a possible World Series appearance for the first time since 1981, and it seemed Mattingly’s last chance may have been passed by.  Pessah explores Steinbrenner and other owner’s roles as well as Fehr and the union in intricate detail.  What one concludes as a settlement is finally reached is that Selig is correct that financial changes needed to be implemented, but other issues facing baseball, like steroids were ignored because for Selig “the homeruns” that resulted from the use of steroids were good for baseball’s bottom line.  As a result he and the owners turned a blind eye to the problem.

Selig’s methods are a major focus of the book.  How he arranges for the Montreal Expos to be purchased by Major League Baseball for $120 million and its sale for over $400 million to a group that moves it to Washington, DC is priceless.  Further, his manipulation of the Florida Marlins situation reflects his duplicitousness as he arranges for the former owner of the Expos, Jeffrey Loria to buy the Marlins when he cannot really affords to do so.  Another example is how Selig arranges for John Henry to purchase the Boston Red Sox who he hopes will create a small market mentality more to his liking in Beantown.  Selig did not overlook the needs of his own team, managed by his daughter Wendy while he was commissioner, a team that was $148.7 million in debt.  Amazingly, by the 2007 baseball season that debt has been reduced to $30 million.  Eventually Selig would sell the Brewers for $200 million based on revenue sharing and Miller Park, the stadium that was publicly financed by the residents of Milwaukee.  In addition, by 2009 Selig earned a salary of $18 million a year, and by his retirement year he had a net worth of over $200 million, not including the $35-40 million he will collect from baseball as a Commissioner Emeritus, not bad for an owner of a small market team that at one time was hemorrhaging from debt.

Pessah’s narrative includes a discussion of events taking place outside of baseball, and Congress is a major candidate for his sarcasm.  Different Congressional committees and their politicians will use labor issues and the steroid epidemic throughout the period under discussion, grandstanding about the national pastime and making threats to take away baseball’s anti-trust exemption.   At the same time they avoid dealing with issues relating to Hurricane Katrina, the lack of proper body armor for US troops in Iraq and Afghanistan, the crisis over Abu Ghraib, and numerous other issues.  It seems reasonable to assume that the money that the owners are donating to Congressional campaigns bears fruit.  The reader is provided transcripts of Congressional hearings, National Labor Relations Board decisions, intimate conversations among owners, as well as the inner workings of the union.  These details are enlightening as we learn of Yankee General Manager, Brian Cashman’s distaste for the arrogance he sees in Joe Torre, George W. Bush’s hope to be Commissioner of Baseball, the inner workings of the Steinbrenner family, and many other interesting items.  I assume that Pessah has worked his sources well and he is presenting an accurate account, however, a degree of footnoting might assuage my historian’s sensitivities, though I compliment him on his excellent bibliography and the names of those interviewed.

The narrative makes for an excellent read for baseball fans and the public in general who lived through the events and relationships described.  Pessah spares nothing in discussing the BALCO scandal and Barry Bonds, the Mitchell Commission and Report that Selig created to help clear his own guilt about how he handled, or better, did not handle the growing steroid scandal in baseball.  The “bash brothers,” Mark McGwire and Jose Canseco, Roger Clemens, Alex Rodriguez, Rafael Palmeiro, and many others make their appearances as authors or witnesses before Congressional committees.  Perhaps the most important aspect of the book reflects the human frailties of all involved as the reader is taken from one contract negotiation to the next, in addition to each scandal or blight on baseball’s reputation.  Pessah’s account is almost encyclopedic as his subject matter evolves over two decades.  It seems to me as an avid baseball fan he does not miss much and to his credit, his honesty in reporting is a highlight that readers should cherish.  THE GAME is more than a baseball book, it is a story of greed, power, and manipulation that in many instances gives our nation’s pastime a black eye.  But as most baseball fans realize once spring training arrives after a long winter, they are willing to forgive and forget the actions of the likes of Bud Selig.