Biography is an exceptional art form especially when a unique life story is represented.  In the case of Thomas Francis Meagher, author Timothy Egan, a Pulitzer Prize winning reporter for the New York Times has unearthed a somewhat obscure, but remarkable historical figure, who impacted the course of Irish history in a remarkable way.  Meagher, a man who like a cat seemed to have had nine lives left Ireland in 1848 after being arrested and tried for treason by the British government.  He was imprisoned in a remote area of Australia where he escaped in 1852 and landed in New York City where he stood against the anti-immigrant and anti-Catholic Know Nothing Party and later led an Irish brigade against the south during the Civil War.  If that was not enough for one lifetime, he concluded his astonishing career as the territorial governor of Montana.

Egan’s THE IMMORTAL IRISHMAN: THE IRISH REVOLUTIONARY WHO BECAME AN AMERICAN HERO presents a wonderful narrative about a man who seems to be everywhere.  Though Meagher had reached hero status among the Irish people, he seemed to encounter enemies everywhere he turned.  The British saw him as a fugitive, politicians in the United States viewed him as an abolitionist, vigilantes in Montana felt he was a traitor.  Meagher was a man who escaped death repeatedly.  He escaped the English gallows, Tasmanian sharks missed their opportunity as he swam away from Australia, and survived the Battle of Bull Run.  But in 1867 when he was trying to organize a democratic government in the Montana territory, was his fall from a Mississippi steam boat an accident, or did his luck finally run out when he may have been pushed.

Egan has created a somewhat literary approach to his subject as he constantly weaves his and other Irish poets and their work throughout his story.  The author tells a tale encompassing the plight of the Irish throughout their enslavement by the British culminating in the Great Famine of the 1840s.  At a time when the potato blight led to the starvation and immigration of millions of Irish poor, the British government exported the Irish crops that could have fed their people overseas for profit.  The lassaiz-faire trade policy was a death knell for the Irish people that even brought certain British officials to admit they were engaged in genocide.  The overt ethnic cleansing of the Irish people led men like Thomas Francis Meagher to stand up against this holocaust and organize a revolt against the London government.  The slow limiting of civil rights through penal laws and the presence of the British navy and soldiers made it impossible for the “Young Ireland” movement for Irish independence to have any chance for success.

Meagher himself did not come from a poor family.  His father was a Member of Parliament, he himself attended Stonyhurst where the “tried to squeeze the Irish out of him,” and grew up in a mansion in Waterford.  Meagher quickly gained a reputation as a debater and his reputation as an orator preceded him everywhere.  Egan reviews the other 19th century historical figures who worked for Irish independence as the potato famine spread.  The author does a wonderful job providing the reader a feel for the disastrous blight that ravaged Ireland and the English government’s complicity in its catastrophic results.  For London, the blight presented an opportunity to populate Canada and Australia which were in dire need of cheap labor, and at the same time solve their Irish problem.  As Egan discusses Meagher’s situation he weaves in the story of the founding and development of Australia, and with the presence of the Irish down under Australia’s independence was eventually achieved! 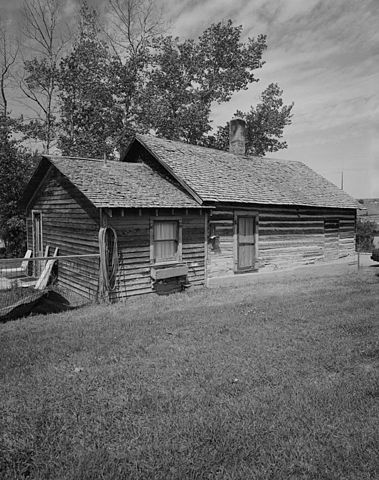 Once he arrived in New York City, Meagher was greeted as a hero and his popularity presented Egan with the opportunity to develop the history of that city, where one in four people were Irish.  To make a living Meagher went on a series of speaking tours and argued that he did not oppose slavery because it was the law of the land, what he opposed was breaking up the union.  After Fort Sumter and secession, Meagher changed his mind, as he realized that the plight of southern slaves and Irish peasants were one and the same.  Meagher’s irresistible story continues as he went against the majority opinion of his own people to fight against slavery as he helped lead an Irish brigade against the Confederate at Bull Run, that later in the war brought the union general, William Tecumseh Sherman, who hated Meagher, to heap praise on the Irish for their bravery in battle.

In times of peace, Meagher could not maintain his level of popularity and his life went into decline.  During his life Meagher witnessed much too much of the underside of history.  Eventually the price to be paid was a later life where he was plagued by alcoholism, financial issues, and loneliness.  He ended his career as the Secretary of the Montana Territory and tried to bring law and order to a very unruly area.  It was because of this governmental service that Meagher died, not by falling off a riverboat while drunk, but as Egan argues, was captured by Montana vigilantes and thrown off the ship’s deck to his death.  As Egan tells his story we see an imperfect protagonist, but one who never backed away from a fight and never turned away from his core principles.  THE IMMORTAL IRISHMAN is an exceptional work of history, even though at times Egan’s prose can be become somewhat flowery, a need for more specific citations, and a few minor historical errors.  But overall, the work of Timothy Egan is exceptional, as he turns a sound historical work into something that reads like a well thought out novel.