ALLEGIANCE is an interesting novel by Kermit Roosevelt* that explores a number of issues, most important of which is the power of the presidency and the federal government during wartime.  Roosevelt, a professor of constitutional law at Pennsylvania’s Law School and a former Supreme Court clerk is eminently qualified to explore this topic and provides interesting insights into the legal arguments, interpersonal relationships, and issues of national security that still reverberate today.

The novel opens with the bombing of Pearl Harbor and its aftermath as Casewell “Cash” Harrison, a law student at Columbia University, and many of his generation contemplate their future – to join up or wait to be drafted.  Cash, a scion of rich Philadelphia society tries to balance loyalty to his country and devotion to his fiancé, Suzanne as he tries to come to grips with the Japanese attack.  He decides to enlist, disregarding the advice of his parents, Suzanne, and her father who is a federal judge, but is rejected and is classified 4-F.  Soon his life takes a major turn as he is offered a clerkship with Supreme Court Justice, Hugo Black.  Upon arriving in Washington, Cash witnesses a capitol city mobilizing for war and he suffers tremendous guilt that so many of his friends and men his age are off to war, and he is dealing with writs of certiorari or certs involving lower courts being ordered to deliver its record in a case so a higher court, in this case the Supreme Court may review it.

There seem to be a number of story lines that intersect throughout the novel.  First, Cash must balance pressure from his fiancée, her father, and his own family in Philadelphia to leave his clerkship and return home.  Second, Cash’s fears that he is being followed and spied upon which relates to the certs that Supreme Court clerks review.  Third, the issue presented in the Supreme Court case, Hirabayashi v. United States which involves whether the “military can confine citizens to their homes, and then later order them to leave those homes, to leave the states in which they have always lived.”  It involves executive power and whether the “constitution protects civilians from military authority outside an active theater of war.”  In all three story lines, Cash believes that he is in danger, and as the novel evolves his position becomes increasingly precarious.  In developing the novel Roosevelt does a fine job integrating many important historical figures such as members of the Supreme Court, Felix Frankfurter and Hugo Black in particular, Attorney General Francis Biddle, FBI Director J. Edgar Hoover, Solicitor General Charles Fahy and Karl Bendetson, an aid to General Dewitt, the head of Japanese “relocation centers,” who was a specialist on the threat posed by enemy aliens and native fifth columns.   These figures seem to come alive as Roosevelt includes legal documents that reflect their opinions and arguments, in addition to historical vignettes about the justices.   The author also creates fictional characters, the most important of which are Cash and his fellow clerks, Gene Gressman, Clara Watson, John Hall, the liaison between the War and Justice Departments, and Colonel Bill Richards of the Anti-Federalist Society.

From the outset Cash thinks he is being shadowed by the FBI or others and grows concerned.  After he is beaten up he and Gressman try to flush out why the people who are after him call him a traitor.  The conclusion they reach is that there is something underhanded taking place in the way that individuals are chosen as clerks for certain justices, particularly when chosen clerks are drafted and replaced by secondary choices.  They reason that information about certs are leaked to business interests providing inside information about which cases will be heard by the court and knowledge of how the decisions will be rendered.  Obviously, if business interests have this information then they will trade stocks in a certain manner before a decision comes down.  When it appears that one of the clerks has been murdered Cash decides to forgo returning to Philadelphia and joins the Justice Department in his quest to uncover what is transpiring within the court.  Roosevelt creates another major story line as Cash moves to work under Attorney General Biddle in the Aliens Enemy Unit.

Cash’s work for the Aliens Enemy Unit fosters a visit to the Tule Lake Relocation Camp and crystalizes the issues that confronts the Justice Department.  Cash immediately learns that the War Department has been lying since Pearl Harbor concerning the Japanese domestic threat and they have a mole within the Justice Department and this impacts Supreme Court cases dealing with the evacuation of Japanese into camps.  Cash’s job is to justify the evacuation of the Japanese, but he cannot bring himself to do so.  This battle over the camps reflects tremendous research as the characters narrative seems to reflect the opinions of the day and members of the Supreme Court, the F.B.I. head and others reappear with their own agendas.  Cash’s dilemma is how does his work on the Alien Enemies Unit relate to the death of a Supreme Court clerk, and how does he deal with the danger of going against the War Department as he visits the Tule Lake facility a second time.  It appears that each cover-up led to a new crime, and Cash is trying to discern what is happening. 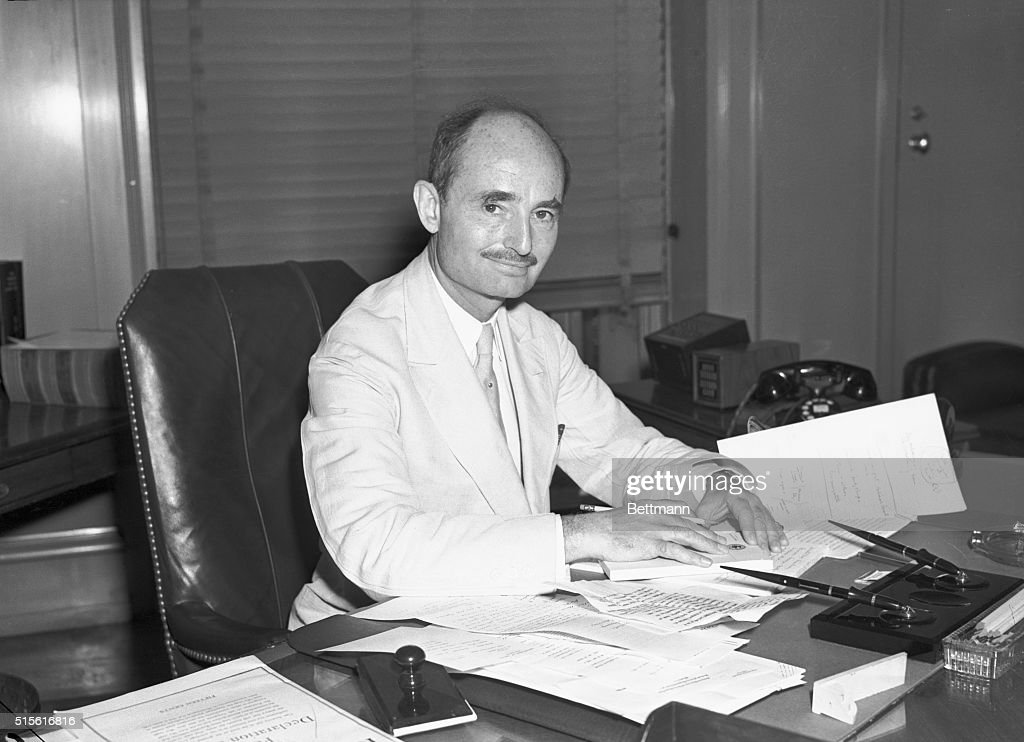 Roosevelt has written a novel about an important subject however at times the development of the story leads to some stilted dialogue, and over description of certain scenes and characters that make the plot seem overblown.  At times the plot is difficult to follow and should have been a bit tighter to avoid confusion on the part of the reader.  The book has a great deal of potential because of the nature of the subject matter, but the story is somewhat uneven and could have been streamlined.  For those who want a realistic presentation of the difficulties the government faced, from a legal and moral perspective in dealing with Japanese internment during World War II Roosevelt’s work will be satisfactory, but keep in mind there will be some obstacles to overcome, but in the end they may be well worth it.

*Kermit Roosevelt is the great-great- grandson of President Theodore Roosevelt and the great-grandson of Kermit Roosevelt, the main CIA operative in the Middle East that overthrew the Iranian government in 1953 and placed the Shah on the throne-depicted in his book COUNTERCOUP.  Further his great-grandfather was probably involved with placing Gamal Abdul Nasser in power in Egypt.