I have always found the characters in Harlan Coben’s Myron Bolitar series entertaining with doses of humor, sarcasm, and a tinge of seriousness.  After reading the first ten books in the series I anxiously awaited number eleven.  It took over three years as the author concentrated on other projects, but thankfully number eleven was just been released.  The new novel, HOME brings with it the usual cast of characters from previous efforts, Myron, Win, Esperanta, “Big Cyndi” are all present with a host of new creations.  Fans of the series will not be disappointed as the plot line begins with the sighting of two boys, Patrick Moore and Rhys Baldwin in London, missing for ten years since their kidnapping from a suburban New Jersey town.  The discovery takes place under a highway overpass where a separate somewhat perverse mini-society has evolved.  Once the sighting takes place Win contacts his sidekick Myron who he has not seen for over a year.

As usual Coben has created a fast moving plot with the usual snappy dialogue on the part of the “ultimate preppy,” the self-indulgent Windsor Horne Lockwood III, the former all-American college basketball player, Myron Bolitar, and Myron’s nephew, Mickey who is a “chip off his uncle’s block! “ Coben continues his habit of 1940s and 50s movie tropes, particularly detective stories, among his humorous asides.  The story itself begins in what appears to be a straight out kidnapping/hostage case that was never solved, but it takes a number of interesting and nasty turns that will leave the reader guessing for a good part of the story.  For Win, the case is personal since Rhys Baldwin is a cousin and he is very close to his mother, Brooke.  The plot is highlighted by dysfunctional marriages, computer gaming, trafficking in young boys, and a high degree of selfishness by a number of characters.

For the current novel Coben creates a number of interesting characters.  Apart from the parents of the missing boys we meet Chris Alan Weeks, a.k.a. Fat Gandhi who traffics in young boys, Shlomo Avraham, a.k.a. Zorra, a cross dressing former Mossad agent, Spoon, a nerdy computer geek, in addition to others.    The scenario behind the story begins in one place and its completion will be very difficult to predict.  Coben maintains the credibility of the series with another fine effort whose last paragraph will be somewhat shocking.  All in all, a fun read. 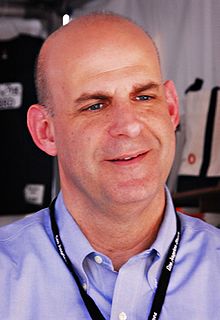