England has had a long and tortured history as she related to the European continent – always asking the question: should we become involved or not?  We can see it after World War II and the developing Common Market, and of course with the recent Brexit vote.  The dark days during the spring of 1940 when the Nazis rolled over France and the Low countries presented the problem anew, but this time after sitting back in the late 1930s allowing Hitler carte blanche it decided to support a “community of nations” as London was made available as a sanctuary for governments overrun by the Nazis.  London would become the home for the exiled governments of Poland, Norway, France, Belgium, Holland, and Czechoslovakia.  These governments would band together with England to defeat Nazism and lay the basis for European cooperation after the war.  One of Olson’s major themes rests with the exile communities.  She affirms without the exiles work as pilots, mathematicians, intelligence operators, scientists, physicists, and soldiers who knows how the war might have turned out.  Today, with the European Union under attack on the continent by certain right wing parties it is useful to explore Lynne Olson’s latest work dealing with World War II entitled, LAST HOPE ISLAND: BRITAIN, OCCUPIED EUROPE AND THE BROTHERHOOD THAT HELPED TURN THE TIDE OF WAR.

Olson covers a great deal of material in her book, much is new, but some of it has appeared in past books.  For example, the chapter dealing with the Battle of Britain and the London Blitz has a similar narrative that appears in  A QUESTION OF HONOR: THE KOSCIUSZKO SQUADRON: THE FORGOTTEN HEROES OF WORLD WAR II as she writes about Squadron 303 made up of Polish airmen who accomplished remarkable things at a time of England’s greatest need.  Other examples can be found in TROUBLESOME YOUNG MEN: THE REBELS WHO BROUGHT CHURCHILL TO POWER AND HELPED SAVE ENGLAND and CITIZENS OF LONDON: THE AMERICANS WHO STOOD WITH BRITAIN IN ITS DARKEST, FINEST HOUR. The integration of past research enhances her current effort particularly when she writes about the early part of the war.  To her credit she has an amazing knowledge of the leading secondary works and historians dealing with her topic which just enhances the narrative.

Olson employs a wonderful wit as part of her approach to writing.  For example she quotes the novelist and former MI6 member, John le Carre as he noted how devoted MI6 had been to “the conspiracies of self-protection, of using the skirts of official secrecy in order to protect incompetence, of gross class privilege, of amazing credulity,” then remarks that “the years immediately preceding the war MI6, as it happened, had a considerable amount of incompetence to protect.”

The author breaks the narrative into two separate parts. The first being the prewar period through the end of 1941 as the Germans rolled through France and the Low countries and we find a number of governments in exile stationed in London. In that section of the book Olson successfully narrates the relationship of these governments in exile first with the Chamberlain government, then that of Churchill.  She explores the important personalities that include King Haakon of Norway, Queen Wilhelmina of Holland, Charles de Gaulle of the Free French, and Edvard Benes of Czechoslovakia.  The problems of each are explained as well as how the British responded to their needs.  Olson accurately points out the humiliation and frustration experienced by Benes who was forced not to fight during the Munich conference, then was pilloried for not fighting when Hitler seized Czechoslovakia in March, 1939.  Further she explores the difficult relationship between the British and the French particularly during the evacuation from Dunkirk, as well as with de Gaulle once France fell.  For the British de Gaulle could be described as the self-appointed French leader who exhibited “extreme weakness that required extreme intransigence.”  King Haakon and Queen Wilhelmina got along much better with the British as each had merchant marine fleets that English needed, as well as natural resources.  Olson points out the complexity of the relationship with the Polish government in exile.  Of all these governments it was the Poles who fought, wanted to continue to fight, and developed the Home Army to do so.  They made tremendous contributions as pilots, intelligence sources, and creating a resistance against Nazi Germany.

Olson does a commendable job explaining the incompetence of the British and French military leadership who instead of accepting responsibility for events that led to Dunkirk used Belgium as their scapegoat for their own failures and defeat.  Showering King Leopold as a “Quisling” was blasphemy for the king whose army fought as well as possible based on the resources at his command, and further, refused to surrender to the Germans.  Olson also argues that the myth that the French just gave up was unfair based on the lack of support the British provided as the Germans goose-stepped into Paris.

The importance of the BBC is given its own chapter which is important because the radio broadcasts had an important role to play.  First, it allowed exiled leaders the opportunity to broadcast their own message to their people.  Second, it provided the various resistance movements accurate information as to the course of the war. Third, they broadcasted in over forty languages.   Lastly, it gave hope to demoralized population, particularly in France as they told the truth.

By December 1941 the governments in exile came to the realization that with the entrance of the United States and the Soviet Union the entire diplomatic formula was dramatically altered.  With the Americans and Russians now in the war, their early closeness with Great Britain was about to give way to power politics, and perhaps a European Union might be in the offering.  From this point on Olson’s focus begins to change.

Olson spends a great deal of time taking apart the reputations of British MI6 and their Special Operations Executive.  She delves into the lack of competence exhibited by MI6 head Stewart Menzies and his battle with SOE leadership whose task was to foment sabotage, subversion and resistance in Europe.  In chapters dealing with Holland and France, Olson points out the errors that SOE leaders engaged in including a lack of security and simplistic coding, and foolish field decisions involving their agents.  London’s poor decision making would prove disastrous for Dutch agents who were easily rounded up by the Germans as they parachuted into Holland.  Olson is meticulous as she undermines the myth of the excellence of British secret services and the negative impact on events in Holland and France.  Two men stand out in her narrative, Leo Marks and Frances Cammaerts who were “passionate, skeptical, and [possessed] fiercely independent traits unappreciated by the SOE brass.”  The problem was this weak intelligence infrastructure created issues for the French resistance that was to play a major role in D Day planning and the early stages of the invasion as many suffered horrendous death at the hands of the SS.  Further complicating things was the split between the French resistance and de Gaulle, and the British and de Gaulle.  In both cases endangering the overall invasion. 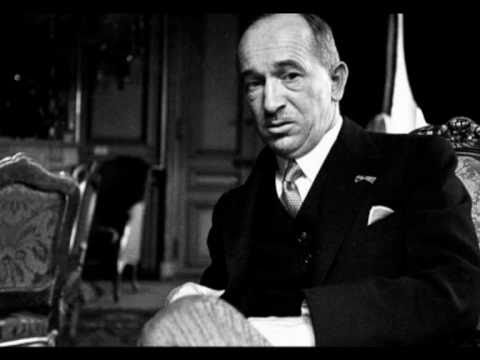 Olson is at her best when she integrates stories about certain figures who seem to be on the periphery of the main narrative, but are involved in important actions.  For example Andree de Vongh, an independent woman who decided to ignore SOE objections and developed the “Comet Line” an escape route for British airmen and paratroopers that began in Brussels, snaked its way through France, and crossed the Pyrenees into Spain.  She organized safe houses along the route and when MI9 refused to give her funds she raised them on her own.  She personally escorted 118 servicemen to freedom out of 7000 total for all networks during the war.  If reading about de Vongh is not interesting enough, Audrey Kathleen Ruston, a thirteen year old aspiring dancer and Dutch resistance member emerges, a.k.a Audrey Hepburn.

One of the major debates that historians seem to engage in is how valuable were resistance movements in winning the war.  Though some argue not as much as one might think, Olson makes the case throughout that they were very consequential.  The Poles in particular who contributed to breaking the Enigma code and intelligence collected by their spies throughout Europe were of great importance to the Allied victory.  The Poles who seemed to have given so much received very little as the war wound to a close, and in the postwar world.  It was unfortunate that they became pawns between Stalin’s strategic view of Soviet national security in Eastern Europe, and Roosevelt’s desire not to upset the Russian dictator whose army suffered an inordinate number of casualties compared to England and the United States.  When Polish exile leaders appealed to Churchill, no matter what the English Prime Minister believed, he could do little to convince his allies to assist the Poles as the Nazis were about to destroy what remained of Warsaw in May, 1944.  As far as the French are concerned General Eisenhower argues that the resistance was “of inestimable value…without their great assistance, the liberation of France would have consumed a much longer time and meant greater losses to ourselves.”  Olson summarizes her view nicely as she quotes historian Julian Jackson, “there was indeed a Resistance myth which needed to be punctured, but that does not mean that the Resistance was a myth.”

When evaluating the Dutch contribution Olson correctly takes General Bernard Montgomery to task.   Montgomery had a large sense of self, arrogant and stubborn as he refused to take into account Dutch intelligence concerning the retaking of the port of Antwerp.  Rather than securing the Scheldt River estuary before moving on to Operation Market Basket, Montgomery had his eye on racing to Berlin before the Americans or Russians arrived.  As a result the Germans lay in wait, and Arnhem would become a trap leading to a fiasco which Montgomery’s over-sized ego caused..  “As a result, many more people would die, soldiers, and civilians alike.  For the Netherlands, the consequences would be dire” as the Allies controlled southern Holland, but the Nazis the northern cities and they took out their retribution on the populations of Rotterdam, Amsterdam, the Hague, Utrecht, and others.

The latter part of the book evolves into a narrative of the last year of the war.  Olson covers the salient facts and personalities as she tries to maintain to her “exile” theme.  If one were to pick which character she was most impressed with it would be Queen Wilhelmina and the Dutch people.  Olson points out the errors that politicians made and how their decisions impacted the post war world particularly Czechoslovakia as Patton’s Third Army stood outside Prague and waited to allow the Soviet army march in.  This along with Poland plight reflects Roosevelt, Truman, and Eisenhower’s desire not to allow political implications affect how they decided to deploy American soldiers.  Olson’s new book is an excellent read, a combination of straight narrative, interpretive, and empathetic history that all can enjoy.

(Holland’s Queen Wilhelmina returning to her country after WWII)