When one thinks about the most influential people in the conduct of American foreign policy since World War II, the term the “Wise Men” comes to mind.  Historical figures like Dean Acheson, John J. McCloy, Charles Bohlen, Robert Lovett, George Kennan, and Averill Harriman helped direct US policy during the Cold War but by the 1960s a new foreign policy elite began to replace the establishment.  The opinions of the wise men were still consulted but a new generation of individuals emerged.  Contemplating the new elite, the name Henry Kissinger seems to be front and center as the dominating force under Presidents Nixon and Ford, but a person with a similar background story hovered in the wings, Zbigniew Brzezinski.  There are numerous biographies written about Kissinger, but up until today none of Brzezinski.  Justin Vaisse, who directs the policy planning staff in France’s Ministry of Foreign Affairs, with a workmanlike translation by Catherine Porter has filled the void with the new biography, ZBIEGNIEW BRZEZINSKI: AMERICA’S GRAND STRATEGIST.

Vaisse’s book is more than a biography of his subject. It does review and assess Brzezinski’s private life as a traditional life story might do, but places its greatest emphasis an intellectual survey of President Carter’s National Security head’s ideas and how they affected his policies and America’s interests around the world.  The book is sure to be considered an important contribution to the literature that tries to explain and assess America’s strategy and impact in the foreign policy sphere during the Cold War, and is certain to be the most important book that encapsulates Brzezinski life’s work to date.

The author follows the trajectory of Brzezinski’s career from a rising academic at Harvard University to a distinguished professorship at Columbia, a career move that was in the end a disappointment at not gaining tenure in Cambridge, but more importantly it brought him into the New York foreign policy community nexus that led to his association with the Council of Foreign Relations and its publication arm, Foreign Affairs.  The late 1950s saw Brzezinski evaluating US policy through numerous articles and trying to gain access to Presidents Kennedy and Johnson offering ideas and policy recommendations which included some domestic insights.  By this time he realized that he did not want to rely on an academic career for his life’s work, but sought to have a major impact on actual policy and events. During the Johnson administration he became a member of the Policy Planning Staff and his views coincided with Johnson and McNamara’s on Vietnam.  He offered views on the Third World, East-West relations, and the importance of China which he grew interested in to broaden his reputation and not being pigeon holed as only a Sovietologist.  By 1968 the foreign policy establishment underwent change and Brzezinski was at the forefront as the new elite began to emerge.

Kissinger and Brzezinski were the masterminds of the new elite.  They knew how to build on the capital they had accumulated in academia, the media, society and politics, resulting in public visibility, networking, and political status as advisors to both Republicans and Democrats.  As Vaisse traces Kissinger’s career one can see early on, i.e., the 1968 presidential campaign, what a duplicitous egoist Kissinger had become.  As David Habersham described him. He was “a rootless operator in the modern superstate.”

Brzezinski’s ego was quite developed, but nowhere near his former colleague.  Brzezinski’s greatest asset was his intellectual brilliance.  By 1968 he had joined the Humphrey for president campaign as the main foreign policy strategist and advisor.  This association allowed him to be perceived as a universal expert as he helped form, along with David Rockefeller, the Trilateral Commission, taking residency in Japan for a year to enhance his portfolio, and warning Democratic Party leaders to be careful of the leftwing movement of the party that would result in the McGovern debacle.  By this time Brzezinski was an excellent tactician and part of his strength was his ability to build on his academic research to implement policy recommendations. The author dissects Brzezinski’s intellectual impact through his writing.  I remember reading the SOVIET BLOC:  UNITY AND CONFLICT years ago in graduate school, which he had revised to add a section on the developing Sino-Soviet conflict and its impact on US strategy.  In addition, his BETWEEN TWO AGES: AMERICA’S ROLE IN THE TECHNOCRATIC ERA argued that the Soviet Union was in gradual decline as it was missing the train of the technetronic change, where the US was coming aboard fully, which would allow Washington to meet the needs of the Third World.  Many have argued that Brzezinski’s views on the Soviet Union stemmed from his Polish heritage and Catholic faith.  But when one examines his views, it cannot be denied that his family history influenced his intellectual development, but his ideas and recommendations were too nuanced to be hemmed in by any obsession with Moscow.  His goal was to be objective and allow any perceived prejudices as an advisor to cloud and diminish his credibility.  Vaisee argues for the most part he was able to accomplish this despite being labeled by many as an anti-Soviet hawk.  A case in point is his view of Détente, negotiated by the Nixon administration in 1972, but by the time Brzezinski became President Carter’s National Security Advisor it was clear that Moscow was pushing the envelope in the Horn of Africa, Angola, and Cuba and he advised Carter to take a more adversarial position.  This brought him in conflict with Secretary of State Cyrus Vance who rejected this hard line approach, particularly when Brzezinski wanted to manipulate the “China Card” in dealing with the Soviet Union.

There are many aspects of the book that are fascinating.  These areas include a comparison of Kissinger and Brzezinski’s rise to prominence; Brzezinski’s excellent relationship with President Carter; whether Brzezinski can be considered a neo-conservative; and an analysis of Brzezinski’s predictions of a period of twenty years-discussing those that turned out to be accurate and those that did not.  What is clear is that Brzezinski’s view of the Cold War remained fairly consistent for decades.  He always favored the preservation of a strong military.  Second, the role of nationalisms and divisions within the communist bloc which led him to endorse policies that would exacerbate those issues, and finally, the role of ideology, which led him to support the actions of American radio broadcasts aimed across the Iron Curtain.

Vaisse argues forcefully that Brzezinski worked hard to restore America’s leadership in the Third World, especially trying to reach an accommodation in the Middle East, normalize relations with Latin America, and push for a rearrangement in Southern Africa.  The Camp David Accords, the Panama Canal Treaty, the opening with China, and emphasis on human rights went a long way to achieve these goals.  Many point to the uneven policy with Iran that resulted in the overthrow of the Shah and the rise of Ayatollah Khomeini, the Soviet Brigade in Cuba, and the Russian invasion of Afghanistan as Carter’s legacy.  But one must remember that American policy toward Iran was dysfunctional and based on a false premise dating back to the overthrow of Mohammad Mossedegh in 1953 which the Carter administration continued.  Further, many accused Brzezinski of creating a trap that lured the Russians into the quagmire of Afghanistan which in the end helped bring down the Soviet Union. Whatever the historical record, the collective memory that deals with the Carter administration’s foreign policy is the humiliation at the hands of Iran during the hostage crisis, and one of projected weakness overseas.

For those who argue that Brzezinski was responsible for starting the new Cold War after Détente failed, Vaisse points out that the Russian archives dealing with the period reflect that the Soviet leadership had “become sclerotic, and a prisoner almost of the institutional dynamics of their own system.”  In fact the disastrous decision to invade Afghanistan was made by a small group in the Politburo which ignored the opposition of the military, Ambassador Anatoly Dobrynin, and those in the embassy in Kabul.  As far as disagreements and controversy surrounding the Vance-Brzezinski relationship, the author provides details and analysis of their policy differences and its effect on overall American strategy.  The key for Vaisse is how President Carter managed their conflict and at times he could not make overall strategic judgements which led to confusion inside the administration and how our allies and adversaries perceived us.

The strength of Vaisse’s effort lies in his assiduous research and careful analysis of Brzezinski’s books and journal articles, be they purely academic or writings that targeted a more general audience.  The author examines all of his major books and opinions in journals and his conclusions and insights are based on this approach.  Vaisse does not get bogged down in family issues, but concentrates on career developments and why certain life decisions were made.  No matter what you think about the life and work of Brzezinski, one must agree that his impact on US foreign policy was just as, or almost as important as that of Kissinger, the difference being that Brzezinski stayed in the background more, though he was not shy about seeking the bright light of publicity at times.  For Vaisse the key to understanding Bzrezinski’s staying power was an enduring legacy of strategic vision and political independence which is evident throughout the book.  Apart from a somewhat trenchant style the book should be considered the preeminent work on Brzezinski and will be sought out by those interested in his life for years to come. 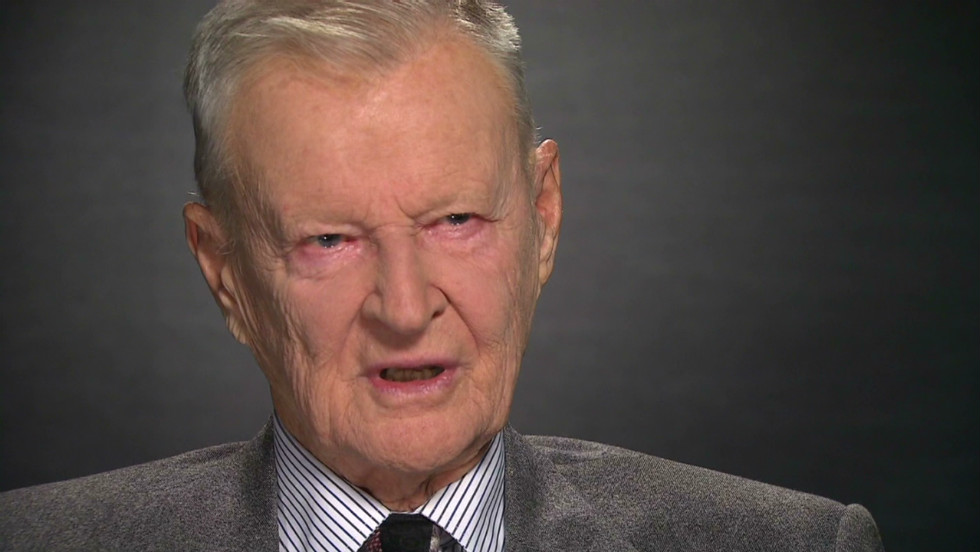