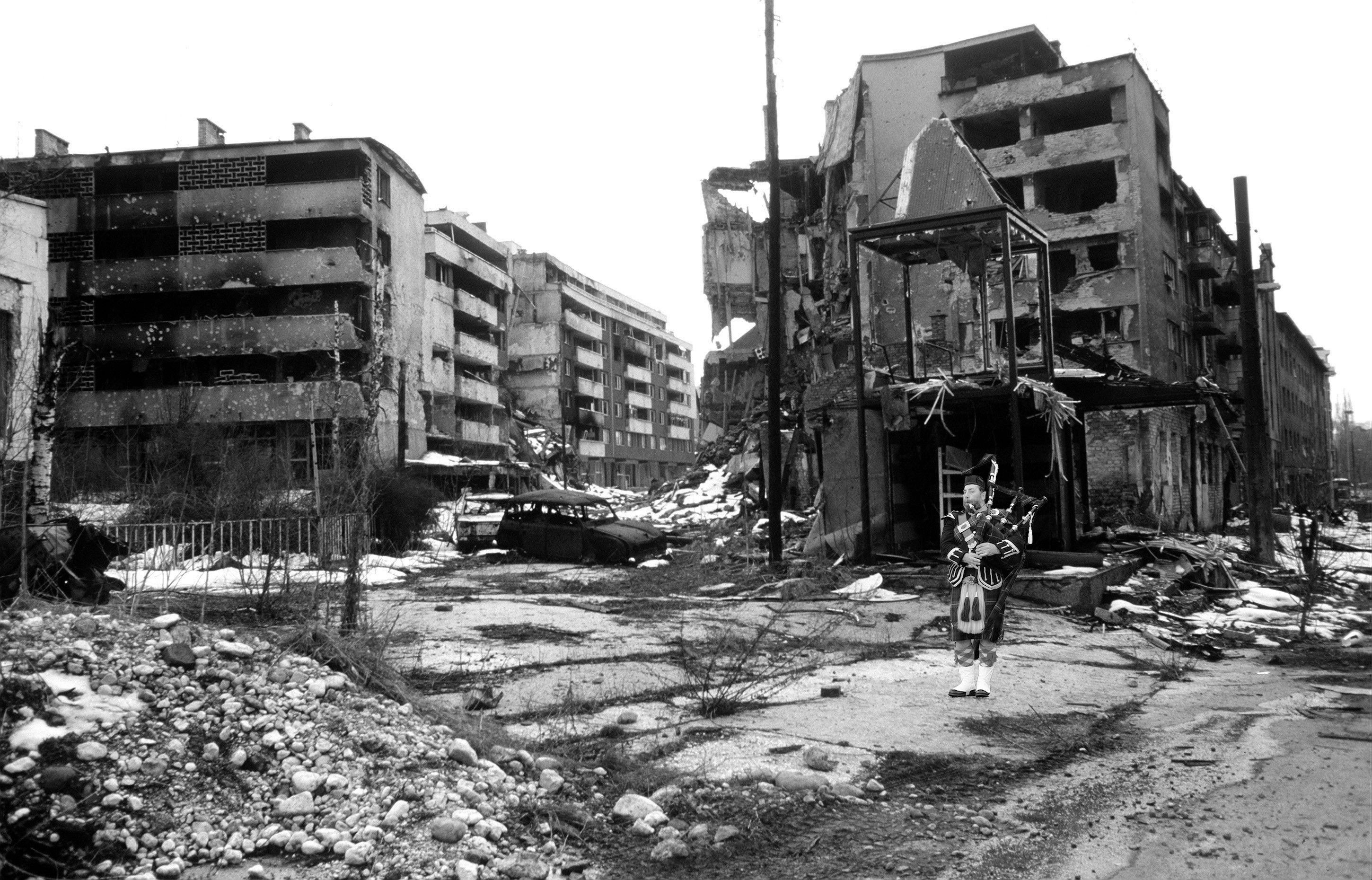 (Sarajevo during the Yugoslav Civil War-1990s)

The names Slobadan Milosevic, Radovan Karadzic, Ratko Mladic, and Franjo Tudman probably have long receded from our minds.  Perhaps places like Srebrenica, Racak, Banja Luka, the sites of massacres during the 1990s Yugoslav civil war might jog your memory, if not Dan Fesperman’s novel, LIE IN THE DARK explores the terrors and murder associated with that dark time concentrating on Sarajevo.  The story will take you back to a period of intolerance, ethnic cleansing, and wonderment about the depths of evils that people succumb to.

Fesperman sets the tone of his novel from the outset as homicide investigator, Vlado Petric observes the early morning grave digging crew unearthing bodies that were victims of shelling and sniper fire the previous day.  His observations go directly to the absurdity of war as he describes grave digging during a period of genocide, the continuous cycle of snipers and shelling as almost normal vocations.  Sarajevo and its environs presented a universe of slaughter, death, and destruction which was the daily norm for the city.  It is a story dealing with human depravity, treachery, and ethnic cleansing among Serbs, Croats, and Moslems.  To what end was the glory of this national ideal, a belief resting on genocide with groups like the Chetniks, the Ustasha, and others committing murder daily.  In this environment Petric believed that what he did made a difference, but his rationalization did not always protect him from the reality of this brutal civil war. Petric was Catholic and a Croat who had sent his wife and daughters to Germany to escape the civil war, a conflict where the Serbs were bent on leveling Sarajevo layer upon layer if they could not capture it.  Fesperman’s description of the morass of the civil war places the reader amid the carnage that was Sarajevo.  During the shelling Petric tried to maintain his sanity by painting miniature soldiers from diverse historical periods, an occupation that became his therapy.  Petric’s secondary therapy was police work, investigating murders amidst the war raging around him.  A world where the paucity of food, supplies and the necessities of life became a battle of scavenging, barter, and other strategies to deal with the black market on which their lives depended.

The novel centers on the murder of Esmir Vitas, the Chief of the Ministry of the Special Police.  Petric is placed in charge of the investigation as he is seen as not being tainted by the war, which made him palatable to United Nations bureaucrats.  Petric pursues a standard approach to his investigation, but he soon runs into road blocks forcing him to stretch police procedures to their limits.  Vitas’ murder goes deeper than meets the eye after Petric conducts a few interviews, and takes the investigation into Sarajevo’s underworld of gangs, war lords, and government and United Nations officials who have their own agendas and cannot be trusted. 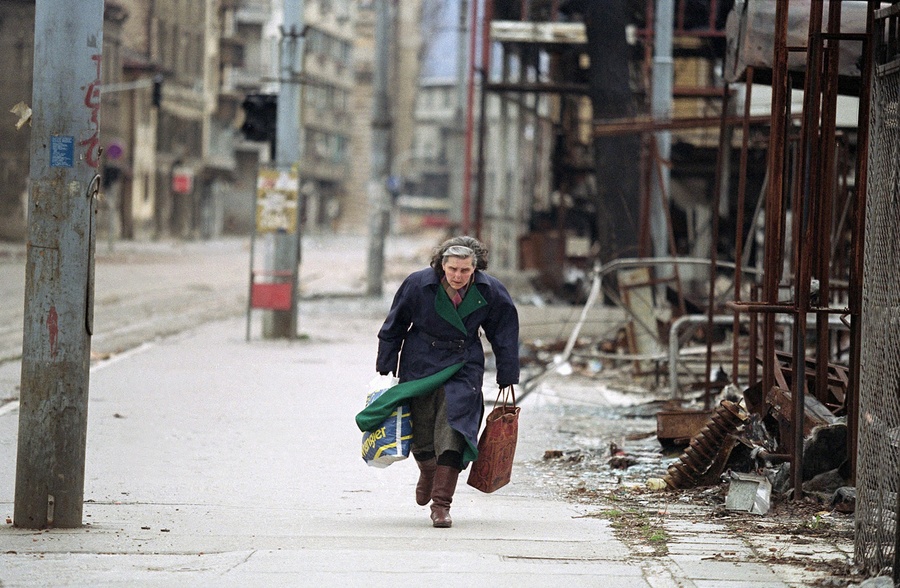 (a woman risks her life for food in Sarajevo)

Fesperman presents a parallel track in the novel as he describes the dehumanizing nature of the war, and how the ongoing fighting affects people’s daily lives.  For the civilian population there is no such thing as a casual stroll.  If you went out for food, desperate from hunger you took your life into your own hands, and most likely you would become a target for a sniper.  Fesperman spends an inordinate amount of time presenting the lunacy of war, but he does provide glimpses into the bygone age when life was normal, but boys playing basketball off a bent rim with sniper fire all around is a bit disconcerting to categorize as normal.  Petric, like others has difficulty coping with the separation from his family as he realizes he does not know his daughter after two years of being apart following her first birthday.  He can speak by telephone for a brief time monthly, but this just heightens his anguish.

Perhaps Fesperman’s most interesting character is Milan Glavas, a white haired individual with a hacking cough who was an expert in Yugoslav art and antiquities from World War II to the 1990s.  Petric learned from Glavas about the lists of artifacts and other objects that had been stolen since the war.  The recovery of objects from the Nazis led to a black market trade that disseminated art works throughout Yugoslavia and other countries.  Glavas had gone to Germany at the end of the war to investigate and he became a wealth of knowledge concerning the location of these items.  A transfer file had been created which had been destroyed in a fire, but Glavas supposedly was the only source for that information.  The novel takes on a different tact as Glavas, “the curator of the world’s most scattered collection.  The shepherd, if you will, of all of [Yugoslavia’s] wandering lambs,” is introduced.   It seems the black market trade, the role of certain military officials, bureaucrats, and United Nations representatives is greatly involved, and the question is how does Vitas’ murder fit into the main plot. What results is a fascinating story were by a senile woman, a reluctant prostitute, and an English reporter play prominent roles. 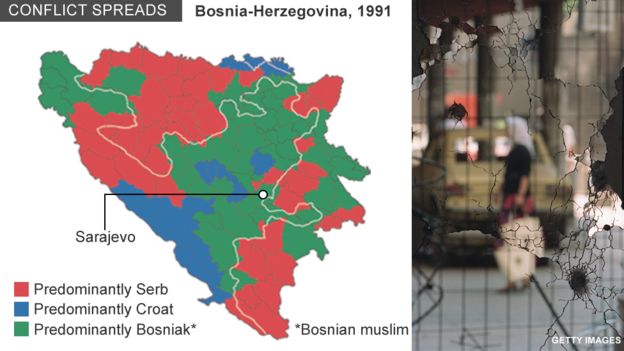 Fesperman is masterful story teller with excellent command of the historical information that makes this novel believable.  Fesperman is not your typical novelist as he has constructed the netherworld of art seizures and recovery from World War II.  He explores how items are smuggled, and the lengths that some go to enrich themselves from this illegal trade.  For some the story might be far-fetched, but seen in the context of the 1990s in Yugoslavia, it is an accurate setting.  I have read a few Fesperman’s later novels including, THE PRISONER OF GUANTANAMO and THE WARLORD’S SON, and LIE IN THE DARK begins a pattern of excellence that is followed in all of his later books.  Fesperman has become one of my favorite practitioners of historical “mystery” fiction, and his gripping style and character development should attract a wide audience. 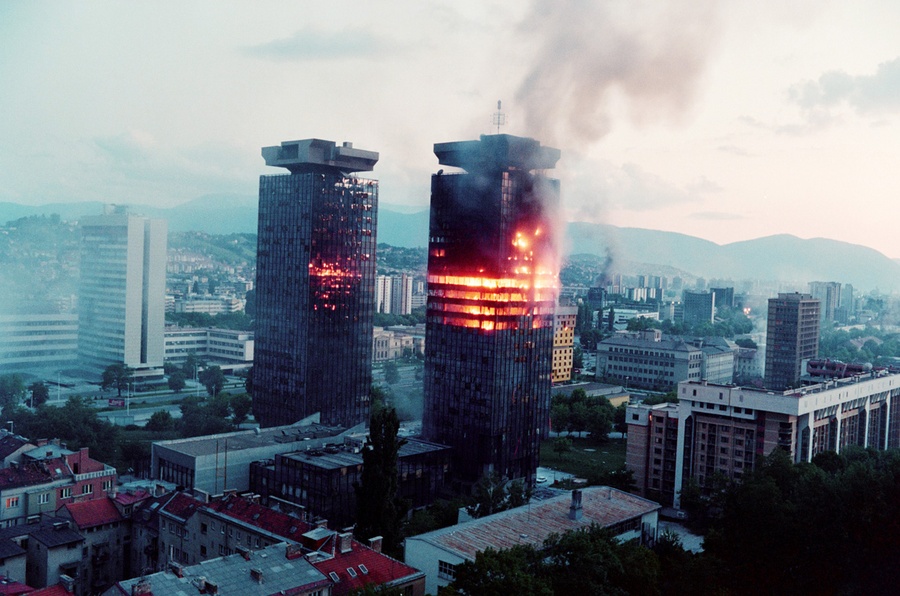