Last year there were a number of new books that appeared commemorating the 75th anniversary of the D Day landing in June 1944.  These books include COUNTDOWN TO D DAY: THE GERMAN PERSPECTIVE by Peter Margaratis, NORMANDY ’44: D DAY AND THE EPIC 77 DAY BATTLE FOR FRANCE by James Holland, SAND AND STEEL: D DAY AND THE LIBERATION OF FRANCE by Peter Caddick-Adams, THE FIRST WAVE:THE D DAY WARRIORS WHO LED THE WAY TO VICTORY IN WORLD WAR II by Alex Kershaw, and SOLDIER, SAILOR, FROGMAN, SPY, AIRMAN, GANGSTER, KILL OR DIE: HOW THE ALLIES WON ON D DAY by Giles Milton.  Another important book appeared in 2014, Craig L. Symonds, NEPTUNE: THE ALLIED INVASION OF EUROPE AND THE D DAY LANDINGS.

Symonds the author of THE BATTLE OF MIDWAY, and LINCOLN AND HIS ADMIRALS does a remarkable job describing the preparation and implementation of allied plans for a cross channel invasion that culminated on June 6, 1944 in NEPTUNE: THE ALLIED INVASION OF EUROPE AND THE D DAY LANDINGS.  The book is broken down into two parts. First, Symonds explores the coming together of the British-American special relationship that begins following the Nazi invasion of Poland in September 1939, the role of Franklin D. Roosevelt and Winston Churchill, and the integration of allied planning for the invasion with the personalities of Dwight Eisenhower, George C. Marshall, Sir Alan Brooke, General Bernard Montgomery and a host of others.  The second half of the narrative delves into the placement of allied shipping and personnel in England and their preparation for the invasion, and the actual landings themselves culminating in the allied attempt to drive the Germans out of Cherbourg.  The book is heavily researched including interviews with survivors, archival material, and the leading secondary works.

According to Symonds there were three major steps to prepare for the invasion.  First,
before the United States entered the war British and American planners began to consider how, when, and where the allies could reenter Europe.  Second, the development of the wherewithal needed to achieve the common goal of taking one million men and transforming them into soldiers and sailors to dislodge the Germans from the French coast and drive them inland to defeat.  Further, ramp up production to deliver the necessary shipping, weaponry and other tools of war.  Third, embarkation, the landing, mastery of the beaches, critical naval gunfire support, food, and ammunition all had to be prepared and organized.  Remarkably, the allies where able to overcome numerous obstacles ranging from production issues dealing with landing craft and other necessities, strategic disagreements, personality conflicts, cultural differences, in addition to German U-boats, gun emplacements, and Luftwaffe bombers.

Symonds takes the reader through all the major conferences and planning sessions that took place between 1941 (nine months before Pearl Harbor) and 1944 and breaks down the major issues from unity of command, the disagreement over which should take precedence a cross channel invasion or landing in the Mediterranean theater, the number of troops and shipping needed, what types of landing craft should be employed, and the actual timing of any invasion.  According to Symonds the key to D Day was Operation TORCH, the allied invasion of North Africa.  All the major issues that would emerge for a cross channel invasion were already present in preparing TORCH which would become a dress rehearsal for D Day – creating a multi-national force under one allied commander.  In the end TORCH was a success but it highlighted that a great deal of work needed to be done to prepare for Operation OVERLORD.

What makes Symonds narrative so compelling are the numerous insights he offers.  Especially interesting is his analysis of the cultural differences between British and American society that led to the low opinion that the British had of American soldiers, the American approach to war, and the attitude they felt Americans engendered. The British believed that they had been fighting for a number of years while the Americans may have produced their weaponry, shipping, and other necessities they did not have the combat experience and know how of British planners and soldiers.  On the other hand, Americans viewed the British as rather haughty, slow in preparation, and in part beholden to the United States.  Symonds explanation of the pros and cons of the Anglo-American relationship is very valuable and reflects how they were dependent upon each other.

What separates Symonds account from others is his focus on the different types of landing craft that were needed for OVERLORD, how each fit a particular need, the necessary ingenuity particularly on the part of the British, and the production process and schedules that were developed.  Symonds breaks down each type of landing craft and points out the differences of each, the training components, their positive aspects and design flaws, and overall, how important they were to the success of D Day.

Symonds explores the experiences of the soldiers who were dependent upon the landing craft as they departed the 171 launching sites dispersed around England, Scotland, and Northern Ireland, their experiences in the channel, and what it was like to land on the Normandy beaches.  Symonds delves into production issues that forced a one-month postponement of OVERLORD in addition to the weather issues that would force a postponement of one day to launch the operation and forced Eisenhower to smoke even more cigarettes than normal!

Symonds is correct when he points out that despite the massive allied firepower the overall impact, particularly on Omaha Beach turned out to be less than hoped for.  “….the bombs fell too long, the rockets fell to short, and the naval gunfire was too brief.  Ashore, the Germans crouched down in their bomb proof shelters, many with concrete walls five feet thick, and they covered their ears, but none of the Allied ordnance penetrated their bunkers and pill boxes.”

Symonds is dead on in arguing that OVERLORD contained so many working parts with a timetable that made each element dependent on so many others.  As a result, early errors created a series of difficulties that threatened to ruin the invasion especially on Omaha Beach.  However, in the end what saved the day “was the ability of the men both afloat and ashore to adapt and adjust.”  Further, what saved the day for those dealing with the heavy German guns were the destroyers in the channel that maneuvered expertly and were able to rein hellfire on the well ensconced German pill boxes.  It was clear that even though Omaha Beach fell into allied hands the assault had not gone according to plan and Symonds describes the reasons for the failure.  It would take over 10,000 casualties, 3,000 of which occurred on Omaha Beach, a sum greater than the losses on all four of the other invasion beaches combined.

Symonds integrates the personal stories of the men who fought and died on D Day into the narrative.  Whether describing the men who climbed Pointe du Hoc to knock out heavy German artillery; the men who climbed the bluffs to the shock of the German gunners; Ensigns who found themselves in command of landing craft; or those who splashed in the water or crawled onto the beaches under withering German fire Symonds tells their stories in a clear fashion so one can get a feel for what these brave individuals experienced.

The book reads like a work of fiction in parts particularly as the author discusses the planning stage.  It morphs into more of a non-fictional work as he gets into the nitty gritty of the types of ships that were employed.  If there is a criticism to be made it is that Symonds approach seems a bit American-centered.   However, in the end this is an efficient work that is well written and should maintain reader interest.  I look forward to reading Symonds latest work WORLD WAR II AT SEA: A GLOBAL HISTORY soon. 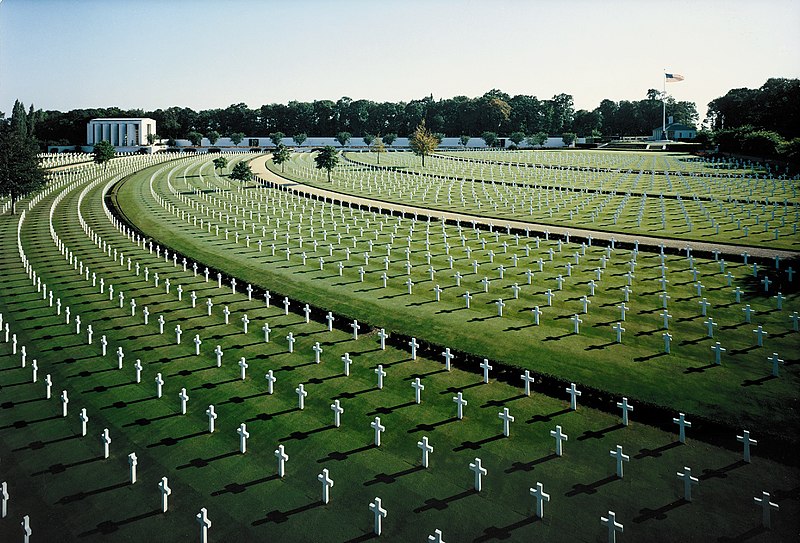