Set in Portland, Oregon in 1975, Kent Anderson follows his first novel, SYMPATHY FOR THE DEVIL, with another exceptional work entitled NIGHT DOGS.  In his first book, a searing examination of the war in Vietnam, its effect on those who fought it, and the insanity of war Anderson focused on SGT Hanson an army enlistee after three years of college who volunteered for Special Forces, completed a tour of duty in Vietnam, and then reenlisted for another tour when he could not readapt to civilian life.  Hanson is a fascinating character as he became a hardened combat veteran while continuing to carry a book of Yeats’ poetry with him as he engaged the enemy.  In NIGHT DOGS we are reintroduced to Hanson who has traded his Bronze Star for a policeman’s badge.  Hanson still suffers from the demons of Vietnam as he patrols Portland’s meanest streets and is also confronted with enemies within the department who are bent on destroying him by digging into his war record and resurrecting the agonies associated with the events in southeast Asia.

Robert J. Lifton, the author of HOME FROM THE WAR a study of the psychological impact on American soldiers in Vietnam written in 1973 was the motivating force behind the Veteran’s Administration’s decision to recognize PTSD as a clinical condition.  Lifton describes PTSD as a mental and behavioral disorder that can develop because of exposure to a traumatic event or events, particularly combat.  Anderson’s protagonist, SGT. Hanson is a textbook case and throughout the novel as he pursued the daily grind of policing in the poverty stricken violent ghetto of north Portland he provides evidence of the characteristics of PTSD especially flashbacks, interjecting his wartime experiences in daily conversations, nightmares, and recurrent conversations about the war with his elderly blind rescue dog, Truman who in a sense serves as Hanson’s “therapy” dog.

Anderson provides a glimpse into the nuances of a policeman’s day.  We ride along with Hanson and his partner Dana as they respond to calls over their radio in their assigned area dealing with car accidents, domestic violence, noise complaints, drug raids, shootings, robberies, welfare problems and a number of situations where they are the catalysts for their definition of crimes.  At the time the book was written in 1996 the issue of police brutality highlighted by the beating of Rodney King on April 29, 1992, was fresh in the mind of the author and if we fast forward to today; the Black Lives Matter movement,  George Floyd, and other police shootings of black men the book remains extremely relevant.

The Vietnam War is revisited through Hanson’s thoughts and commentary throughout the book.  As in his first novel, Anderson presents the hypocrisy of a senseless and dysfunctional war that was/is responsible for ruining the lives of countless soldiers through suicide, life long physical and mental injuries, and government policies that evolved decades later that some refer to as Vietnam Syndrome.

Anderson explores police culture in fine detail as officers have to deal with urban decay and its attendant issues each day in Portland’s ever growing under world.  As in all police precincts officers are not always simpatico as is the case with narcotics Detective Fox and his partner, Detective Peety.  In Fox’s case it has become personal as he is obsessed in seeking revenge against Hanson for perceived lack of cooperation with narcotics cases and a general dislike.  Fox spends a great deal of time on and off duty going through Pentagon computers trying to dig up information concerning Hanson’s tours in Vietnam in order to destroy his career. The north Portland precinct that Hanson belong to has a reputation for being a landing spot for police officers and administrators who have “royally” screwed up and many of the characters Anderson introduces fit that pattern. 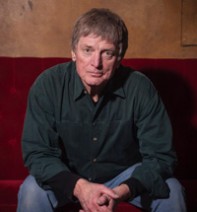 The only people that Hanson truly respects are his patrol car partners, Dana and Zurbo, but the only person he trusts is Doc Dawson, a black former member of his Special Forces team in Vietnam.  Doc’s helicopter is shot down and he winds up in a New Jersey VA hospital where certain racist nurses have it in for him and make his recovery miserable.  The end result, upon recovery he will return home and become a drug dealer and killer, and because of his VA treatment he walks with a limp and has a chip on his shoulder.  Hanson owes Doc his life because of an incident in the war and their friendship is rather unusual to say the least.

Anderson’s treatment of Hanson’s Special Forces training produces a number of scenes that are extremely disturbing, particularly how soldiers shot dogs, saved them while practicing medical training to be used in combat, and when the dogs recovered they are killed.  In many ways Hanson’s experiences as a policeman mirror what he endured in Vietnam.  In a sense the US military was seen as serving as an army of occupation in Vietnam.  On the domestic front, many people see the police serving the same function in disadvantaged neighborhoods.

During the summer of 1975, Hanson begins to unravel.  He is assigned a number of harrowing cases and colleagues die.  He will be targeted by O. Payette Simpson, a demented man who goes by the name Dakota who has targeted him.  Detective Fox’s research vendetta begins to haunt him.  His masochistic girlfriend, Sara, eggs him on to be more violent.  Finally, his loyalty to Doc threatens his professional loyalties as his drinking and cocaine use increase.

Hanson is a complex character and is accurately described by Michael Harris in the Los Angeles Times review “The Forces Battling for a Policeman’s Soul” from January 1997;” If Hanson were really a “monster” and a racist, he could rest content in his war-won certainties. But he can’t. The real reason he hates liberals is that he’s a little bit of a liberal himself. Though he doesn’t believe in love, he knows he needs it. Though civilization is wimpy and hypocritical, he dimly senses that it’s all we have. Though he treats some black offenders with gleeful brutality, he admits it’s not their fault that society has chosen to leave them in poverty, isolate them and suppress them by force rather than deal with their problems.”

Many novels have been written about the lives of policemen and soldiers, but few if any have delved into the propensity of the American people for violence as well as NIGHT DOGS.  Anderson’s work is well done, but it also presents a very important lesson which we should all digest.