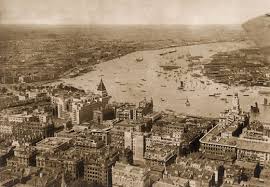 Set in Shanghai in 1926, Tom Bradby’s first novel published in the United States begins with the murder of a Russian girl in her apartment.  The murder is a brutal one and the investigation that follows lures the reader into the seamier side of Shanghai at a time when China is splintered between the Guomindang, under the leadership of Chang Kai-Shek; the emerging Chinese Communist Party led by Mao Zedong; and the various European interests that date back to the unequal treaties of the 19th century.  THE MASTER OF RAIN, a title chosen for its relationship to a Chinese legend is a suspenseful novel that contains countless twists and turns that continue to the last page of the epilogue.  The story centers on Richard Field who left Scotland to join the International Settlement police force in Shanghai.  Field is an idealist who will soon learn the cruelties and corruption that make up daily life in the city.  Field will investigate the murder of Lena Orlov and will be drawn into a situation that he could never have fathomed when he arrived in China.

As the plot unfolds the reader is given an accurate portrayal of the political and economic situation in China in the mid-1920s.  The undercurrent of the civil war between the Guomindang and the Chinese Communist Party is ever present.  Historical figures such as Michael Borodin, Chiang Kai-Shek, and Mao Zedong make cameo appearances to lend authenticity to the story.  The underworld of Shanghai is controlled by Lu Huang, a Chinese version of Al Capone in association with various westerners.  Lu possesses people as if they were objects, and controls the opium trade in conjunction with western elements, and all aspects of the city’s governing body including the police through graft and murder.

There are a number of interesting relationships that are developed throughout the novel.  Field falls in love with one of Lu’s “possessions,” another Russian girl, Natasha Medvedev and the reader follows the ebb and flow of their interactions.  Caprisi, a detective who works with Field, who arrived in China from Chicago, forms an interesting partnership with Field as he tries to protect him from himself and deal with his own demons.  Throughout the story Field tries to maintain his idealism, but when confronted by the drug trade, prostitution, and political corruption, he has to finally make his own deal with the devil as the book comes to a close.  The cast of colorful characters is well developed as the plot line keeps shifting and at times the reader is not sure where the story is leading.  After following the social and political undercurrent described in THE MASTER OF RAIN it is not surprising that following World War II, China would be taken over by the Communist Party.  The period Bradby writes about reflects how little westerners valued the lives of the Chinese people and how they were exploited for over a century.