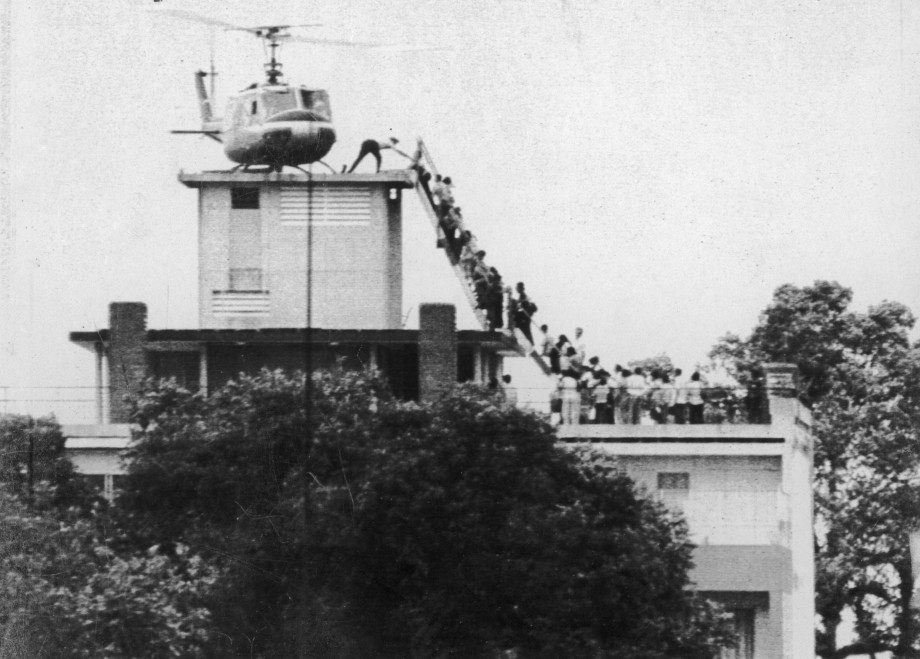 THE SYMPATHIZER is a unique first novel by Viet Thanh Nguyen.  The story is told from the perspective of a narrator who allows the reader to delve into the mind of a Vietnamese person experiencing the end of the Vietnam War in the spring of 1975, and the aftermath of the fighting focusing on a possible counter-revolution, and how Hanoi is integrating the south into its political agenda.  The narrator highlights the duality that is present throughout the novel.  The protagonist’s own lineage is a case study in ethnic diversity as he himself is considered a half-caste or bastard in Vietnamese society.  He is the illegitimate son of a teenage Vietnamese mother, and a French Catholic priest.  The narrator loves his mother and hates his father, and throughout the novel these feelings are portrayed through a number of poignant vignettes.  The book itself is very important because there are few novels about the war that provide a vehicle for the Vietnamese to speak about their experiences and feelings.  Nguyen’s effort fills that gap in an emotionally charged novel that alternates between the light and the dark aspects of war.

The narrator’s character fits the duality theme in the sense that it is divided by at least two component parts.  First, he is obsessed with guilt as he tries to navigate the demands of being a spy for the north and living in the United States.  He is educated in an American university and after the war he is assigned by his handlers to shadow, “the general,” a former commander in the South Vietnamese secret police who has escaped Saigon, and is set up by the CIA in Southern California to organize the retaking of his country.  The narrator, a Captain and interrogator in the secret police is living a much better lifestyle than his compatriots who did not escape the North Vietnamese and Viet Cong when Saigon fell.  He suffers from tremendous “guilt, dread, and anxiety” concerning his worthiness as compared to his countrymen.  Further guilt is evidenced as he repeatedly flashes back to his role in the assassination of the “crapulent major,” who was suspected of spying for the north, and the murder of Sonny, a Vietnamese who began his own newspaper in Southern California that was seen as a threat by the general.  In the second component part of the narrator’s personality, we witness his movement away from his “sympathizer mode” and carries on as a revolutionary consumed with his role as a police interrogator following instructions from Man and his Aunt in Paris, both who are his handlers, to provide information as to events and political patterns that are being shaped in the United States.  Throughout the novel, the narrator’s role confusion is evident as regrets many of his actions committed during and after the war in the name of revolution.  His anguish evolves to the point that he begins to doubt his beliefs and tries to make amends to those he hurt.

The texture of the book is evident from the outset as Nguyen describes the horrific scenes that took place in Saigon as the city was about to fall.  The description puts the reader outside the American embassy and Saigon airfields as frightened Vietnamese who worked for, and, cooperated with the United States sought to escape before North Vietnamese troops took the city.  The narrator returns to his childhood when he, Man, and Bon, three friends become blood brothers for life.  As the novel unfolds we follow the relationship between the three that is rather complex since Man becomes a Commissar for the north, Bon is a soldier in the South Vietnamese army, and the narrator suffers from the duality of being a spy for the north and a police interrogator for the south.

Many important themes are developed in the novel.  The conflict between east and west or occidental and the orient are deeply explored in the dialogue between the characters.  The moral dilemma of what is right and wrong in our daily actions hovers over each page, and how a person tries to cope with their own divided heart. The author’s sarcasm is at times humorous, but also very disturbing as the narrator tries to understand the history of his country and the demands it makes upon him.  The history of the war is explored in the context of certain important decisions by the United States, the Hanoi government, and the remnants of the Saigon regime.  Nguyen descriptions are intense and very pointed, i.e., as the narrator explores who invented the concept of the “Eurasian;” he states “that claim belongs to the English in India who found it impossible not to nibble on dark chocolate.  Like pith-helmeted Anglos, the American Expeditionary Forces in the Pacific could not resist the temptations of the locals.  They, too, fabricated a portmanteau word to describe my kind, the Amerasian.  Although a misnomer when applied to me, I could hardly blame Americans for mistaking me as one of their own, since a small nation could be founded from the tropical offspring of the American GI.  This stood for Government Issue, which is also what the Amerasians are.” (19-20)

The author creates a number of interesting and complex characters that carry the storyline nicely.  The right wing Congressman from Orange County, California who wants to fund and train the South Vietnamese counter-revolution, the Hollywood producer who is making his own movie version combining the Green Berets and Apocalypse Now, the northern commandant who tries to purify the revolution through the reeducation of those who have gone astray, and many others.  The narrator’s plight is very important as he tries to integrate his memories of his country in a heartfelt manner throughout the novel.  Whether he discusses Vietnamese geography, culture, or his family and friends, he seems adrift when in America, and then adrift again, when he returns to Vietnam.

The book is a triumph as a first novel, but at times it can be very dark.  I suppose that is acceptable based on the historical background of the war and the story it tells.  It is a unique approach to trying to understand a war that ended over forty years ago, but that had been fought since the late 19th century when the French first imposed their colonial regime.  The history of the war and the scenes that are presented seem authentic and should satisfy those interested in the literature of the war and how people tried to cope and survive the trauma it caused.

One thought on “THE SYMPATHIZER by Viet Thanh Nguyen”