Terry Alford’s FORTUNE’S FOOL: THE LIFE OF JOHN WILKES BOOTH is an important contribution to the literature dealing with Lincoln’s assassin, the life he lived, and the reasons behind his actions.  Alford has filled a void by preparing the first full length biography of John Wilkes Booth through the exploration of a vast amount of primary and secondary sources used to correct many of the myths surrounding his subject, and the assassination itself.  Alford provides numerous insights into Booth’s personality, career as an actor, and the evolution of his political views that led to the death of the president.  Alford accomplishes his task by a thoughtful approach to his research material that he successfully integrates into his narrative.  Primary source quotations from family members, friends, stage acquaintances, conspirators, and others abound as Alford takes the reader inside Booth’s mental state at various stages of life and what emerges is a complete picture of his protagonist.

From birth Booth had an albatross around his neck in the name of Junius Brutus Booth, his father.  The senior Booth was one of the most creative actors of his era, and his son had to deal with his father’s successful career to the point that he would not use his own last name for a good part of his own career.  In addition, Junius Brutus was an alcoholic prone to wide mood swings who beat his children, and left child rearing to his wife, Mary Ann. Throughout his life Booth and his friends worried about the effect of alcoholism on his own behavior.  Alford includes numerous quotes relating to this fear, and when Booth abused alcohol, he was prone to violence.  This created a very strong bond between Booth and his mother to the point when the Civil War broke out, despite his strong pro-southern views he refused to join the Confederacy in order to care for his mother.  Alford speculates a great deal about the effect of Booth’s childhood on his later actions particularly being raised in Baltimore and the Maryland countryside.  Though Maryland would be a border state and stayed out of the Confederacy during the Civil War the southern part of the state was a hotbed of pro-southern sentiment, and it was here that Booth attended boarding schools that reflected his “deep southern seasoning.”

The first half of the book is devoted to Booths early years and apprenticeship as a stage actor.  Booth began his acting career in 1857 in Philadelphia and Richmond where he remained until 1860 under the name of J. B. Wilkes.  The early years were difficult as he feared disgrace and failure as he abhorred comparisons to his father.  By 1862 he became a star in his own right and returned to Baltimore.  Alford does an excellent job tracing the evolution of Booth as an actor referencing critic’s reviews and peer reactions to his performances.  During the first three years of his career Booth took on many different roles, mostly small parts in numerous plays in order to refine his craft.  Booth had to overcome the obstacles of a poor memory and general nervousness to achieve success.  Many who knew him felt he was extremely vain and lazy in learning his craft, which created a great deal of difficulty.  As an addendum to Booth’s life story, Alford provides the reader with a useful history of American theater during the 1850s and 60s.  In doing so Alford conveys the difficulties young actors faced and this allows the reader to understand what obstacles Booth had to overcome.  As Booth’s acting career developed a number of things become very clear.  First, his sensitivity to the mixed legacy of his father.  Second, his own battle with alcohol and a fierce temper.  Lastly, his intense southern nationalism.

We first learn of Booth’s political views and attitude toward slavery in November, 1860 when he attends a debate between Alabama Congressman William Yancey and Illinois Senator Stephen A. Douglas.  At that point in his intellectual development Booth appreciated the defense of states’ rights, but recoiled from the consequences of disunion.  Alford does a credible job tracing Booth’s ideological evolution as he “held views more common to the Upper South than in deepest Dixie.”  He deplored the election of Lincoln because he felt it would tear his beloved union apart.  His unionist views were roundly attacked while he performed during this period in Birmingham, Alabama and this led to an emotional crisis and forced him to leave for New York.  His motto at the time was “concession before secession.”  For Booth the main culprit for all of the nation’s problems were the abolitionists who he felt were as radical as secessionists.  This view would hold for Booth’s entire life as Alford includes his scathing commentary in dealing with the opponents of slavery.  Booth’s viewpoint rested on the belief that the south only wished to tend to its own business and maintain its traditional rights as it held an unassailable moral high ground in the debate.  Booth wrote after Lincoln’s election, “I will not fight for secession.  This union is my mother.  A Mother that I love with unutterable affection.  No, I will not fight for disunion.  But I will fight with all my heart and soul, even if there’s not a man to back me for equal rights and justice to the south.”  Many questioned why Booth did not join the Confederate army.  Alford’s answer is simple in that he viewed his promise to care for his mother as sacred.  This did not stop Booth from fiercely advocating for the southern cause as he traveled widely for his acting career.

(Booth as a member of the 1st Regiment, Virginia Volunteers)

Alford spends a great deal of time analyzing Booth’s character.  He seemed to be a person of extremes.  On the one hand he was mild and somewhat engaging so most people seemed to enjoy and wanted to be in his company, especially women!  But his persona could easily shift to one of nastiness and temper tantrums depending on the situation he found himself.  For Booth fist fights were very common.  The behavioral extremes can be traced to his childhood in dealing with a very dysfunctional family situation.  Most people who knew Booth felt that once he made up his mind it was impossible to change it.  According to Alford, “Booth never had a new thought after his core opinions were formed in his teenage years.”  He was a very close minded individual who was confounded by his inability to let go of his troubles.  He could be the nicest person, but too often his nasty disposition took over.  Booth “did not want to hear what he did not want to,” and developed the ability to rationalize things that did not go as he expected, particularly news that was detrimental to the south during the Civil War.

According to contemporaries, Booth developed into an exceptional actor considering he only spent seven years on stage.  The first three as an apprentice, a year as a fledgling lead, and three years as a star.  Alford dissects his career and concludes that his acting reflected genius and greatness as he performed as Shakespeare’s RICHARD III, Raphael in THE MARBLE HEART, and as Pescaria in THE APOSTATE.   As the New York Times noted, “His Richard is acknowledged to be without a rival on the American stage.”  The turning point for Booth came with the announcement of the Emancipation Proclamation in January, 1863 which confirmed Booth’s worst fears regarding Lincoln and the war.  From this point to May, 1864 when he quit the stage, Booth was in a quandary as what path his life should take.  He believed that his career was hard and lonely work and his success came at a high cost to his mind and body.  He never liked touring and felt he was a slave to the north because more and more he could not express his opinions.  As Lincoln’s reelection grew nearer he decided to break his pledge to his mother as he could tolerate a war that was a stalemate, but with the north on the verge of victory, he had to take action.

Alford spends a great deal of time discussing Booth’s plan to kidnap Lincoln and trade him for southern prisoners of war.  The south suffered from a manpower shortage with 66,000 Confederate troops in northern prison camps.  He believed that if he could capture Lincoln and exchange him for southern prisoners he could change the course of the war.  Alford follows Booth and his conspirators as they plan Lincoln’s capture, delves into the disagreements among Booth’s accomplices, and the final failure of all of his planning. 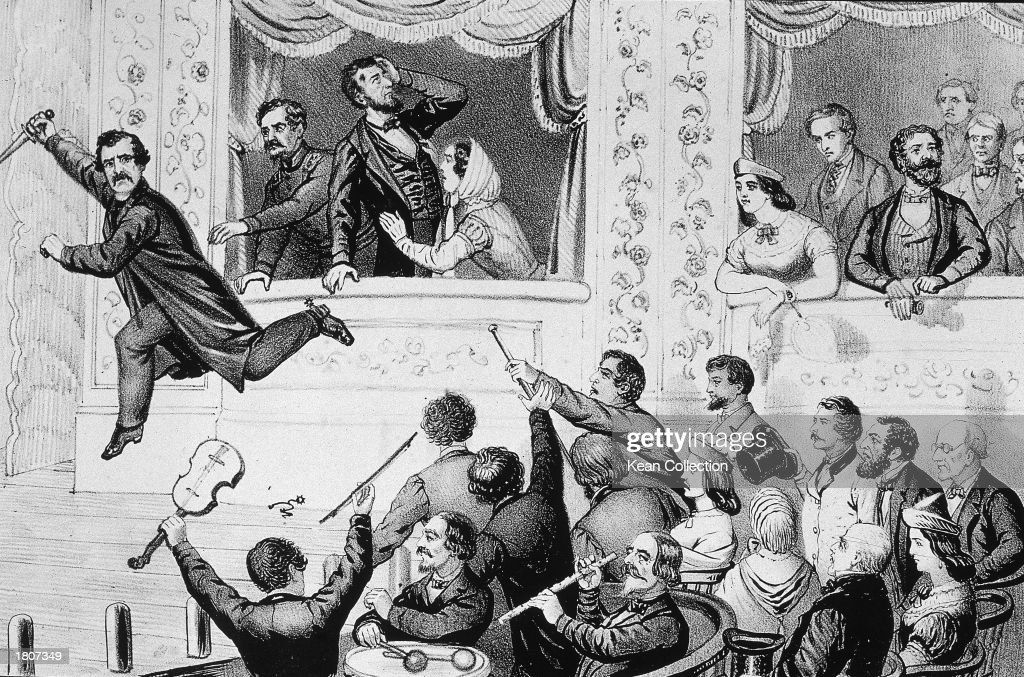 Any biography of Booth must treat the Lincoln’s assassination in great detail and Alford measures up strongly to others in his coverage.  Booth acted on his own as he developed plans to assassinate Lincoln and never considered acting in concert with the Confederate government as a letter Booth wrote located soon after the assassination attested to.  Booth believed that Lincoln was a tyrant and a dictator and something had to be done.  Alford develops the argument that Booth’s acting roles in Shakespearean plays contributed to his thought pattern in developing his assassination plot.  This is not a far-fetched approach as Booth when on stage had the ability to become the person that he played, including their mindsets.  For Booth in discussing Brutus, “the humanity and high motives of Caesar’s assailant were compelling.  His patriotism and decency were beyond question,” and this may have weighed heavily on Booth’s thought process as did his “terribly earnest and emotional temperament.”  Alford is correct in arguing that Booth was fueled by his ambition to be great and was “fired by guilt over his failure to become a soldier,” and he told friends in Baltimore that “he was going to do something that would bring his name forward in history.”

After the fall of Richmond in early April, 1865 Booth grew more and more depressed.  According to friends he began to drink heavily and grew increasingly irritable, restless, and suffered from wide mood swings.  When Lincoln entered Richmond on April 4th and sat in Jefferson Davis’ chair, Booth was provoked beyond measure.  The news from Appomattox a few days later that Lee had surrendered was the last straw.  Once Lincoln announced that he favored voting rights for Negroes Booth told a friend “that is the last speech he will ever make.”  Alford then follows Booth’s actions until he enters Ford’s Theater and assassinates Lincoln on the 14th.  Alford’s description brings the reader inside Booth’s mental state and it continues as Booth escapes and makes his way into the Virginia countryside.  Alford’s detail is exceptional as Booth is finally seized and shot on April 26th.

Alford brings his narrative to a conclusion with an excellent Epilogue that concentrates on the many myths associated with Booth’s death, and the deification of Abraham Lincoln.  Alford also includes a brief annotated bibliography for those interested.  Overall, Alford has written the definitive biography of Booth and one that historians and Civil War buffs will be consulting for a long time to come.