Jonathan Rabb’s new novel, AMONG THE LIVING begins as a feel good story.  Holocaust survivor and former Prague journalist, Yitzchak Goldah arrives in Savannah in July, 1947 sponsored by his cousins Abe and Pearl Jesler.  The Jesler’s are very sensitive to Ike, the nickname Pearl creates, and his situation.  They invite him into their home and take care of all of his needs.  Ike has lost his entire family to the Nazi genocide and his mindset grows confused as he tries to adapt to new surroundings at the same time dealing with flashbacks from the camps.  It appears to be the making of a wonderful story, until different layers of the novel unravel.  Abe Jesler owns a shoe store in the Savannah business district and he invites Ike to learn the trade and work for him.  Along with Ike, Abe has a number of “negro” workers that include Calvin and Raymond.  As the story progresses, Abe who grew up in one of Savannah’s poorer sections needs to make a significant amount of money to satisfy his overly neurotic and loving spouse, Pearl.  Unbeknownst to Ike, Abe is involved with smuggling shoes from Italy through a southern organized syndicate, and over time he is drawn deeper and deeper into the mob’s machinations that call for increasing monetary payments and cooperation.  When Abe falls behind in his obligations a message is sent resulting in the brutal beating of Raymond.

The smuggling component is just one storyline.  Ike will met a World War II widow, Eva De La Parra, and against her mother’s wishes they begin a relationship.  Both Ike, the survivor, and Eva, the mother of a five year old boy, whose husband was killed in Germany in 1945 suffer from a deep emotional void and seem meant for each other.  As their relationship progresses a number of fissures emerge in Savannah society.  Then we learn that a person from Ike’s past seems to return from the dead.  Malke Posner, who survived Theresienstadt, the Nazi “model” concentration camp, turns up at the Jesler’s doorstep claiming to be Ike’s fiancée.

What dominates Rabb’s fine novel is social class inequality and prejudice.  At a time when “Jim Crow” dominates the Deep South we find a Jewish community where social circles seem to form around the type of Judaism that religious adherents aspire to.  First, are the somewhat religious conservatives that the Jeslers exemplify.  The second are Eva’s parents, the Weiss’s whose father is the editor of the town newspaper who are seen as “Temple Jews,” or as they are called, reformed.  This “ideological” conflict forms part of the background for a story that takes place at a time when Jews are finally leaving the displaced persons camps in Europe following their liberation from Hitler’s death camps, and in the Middle East Palestine is about to explode into a war between Jews and Arabs.  To highlight this, Rabb creates a scene during the Jewish New Year where both groups of Jews confront each other at the beach as they are about to engage in a Jewish cleansing tradition. Another fissure centers on race relations in the south.  The Jeslers, as do most wealthy members of the Savannah community employ Negro maids, in this case Mary Royal.  Her actions act out the subservient stereotypical maid as does the common language spoken by Raymond and Calvin.  In addition, Raymond confronts Abe Jesler concerning his rightful place in a business that he has worked in for over twenty years.

Rabb develops his plot through these dynamics and integrates well developed characters and a story whose highs and lows provoke many compelling questions.  This is Rabb’s sixth novel, and perhaps his best. 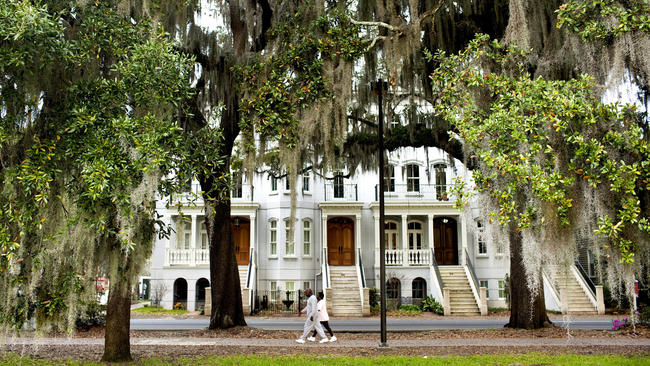