(Map of the Suez Canal)

Last week was the 60th anniversary of the 1956 Suez Crisis as well as the Soviet invasion of Hungary.  Both events had a tremendous impact on the geo-strategic balance in the Middle East and Eastern Europe.  The Eisenhower administration was confronted by overlapping crises that brought the United States in opposition to its allies England and France at a time when it seemed to President Eisenhower and Secretary of State John F. Dulles that allied actions in Suez had provided cover for Soviet tanks to roll in to Budapest.  The interfacing of these two crises is the subject of Alex von Tunzelmann’s new book, BLOOD AND SAND: SUEZ, HUNGARY, AND EISENHOWER’S CAMPAIGN FOR PEACE.  Von Tunzelmann has a unique approach to her narrative and analysis as she chooses certain dates leading up to the crisis, from October 22 to November 6, 1956 and within each date she explains events and delves into the background history of the issues that are raised.  In so doing she effectively examines how decisions were reached by the major actors, and the impact of how those decisions influenced the contemporary world order. The only drawback to this approach is that a sense of chronology is sometimes lost, and with so much taking place across the Middle East and Eastern Europe it can be confusing for the general reader.

Von Tunzelmann begins by providing the history that led up to British control of the Suez Canal.  She goes on to examine the major players in the conflict; Anthony Eden, British Foreign Secretary and later Prime Minister who despised Egyptian President Gamal Abdul Nasser and basically “wanted him dead” as he blamed him for all of England’s ills, domestic and foreign. President Dwight Eisenhower, who had grown tired of British colonialism and its impact on American foreign policy, and provided the guidelines that Secretary of State Dulles implemented.  Gamal Abdul Nasser, the Egyptian President who rose to power in 1954 and was bent on achieving the removal of the British from the Suez Canal Base, and spreading his Pan Arabist ideology throughout the region.  It is fascinating as the author delves into the role of the CIA in Egypt and the relationship between Kermit Roosevelt, the author of the 1953 Iranian coup, and Miles Copeland with Nasser taking the reader into an area than is usually forbidden.  Other profiles are provided including Israeli Prime Minister David Ben-Gurion, French President Guy Mollet, Imre Nagy, the leader of Hungary, and the troika that controlled the Kremlin. 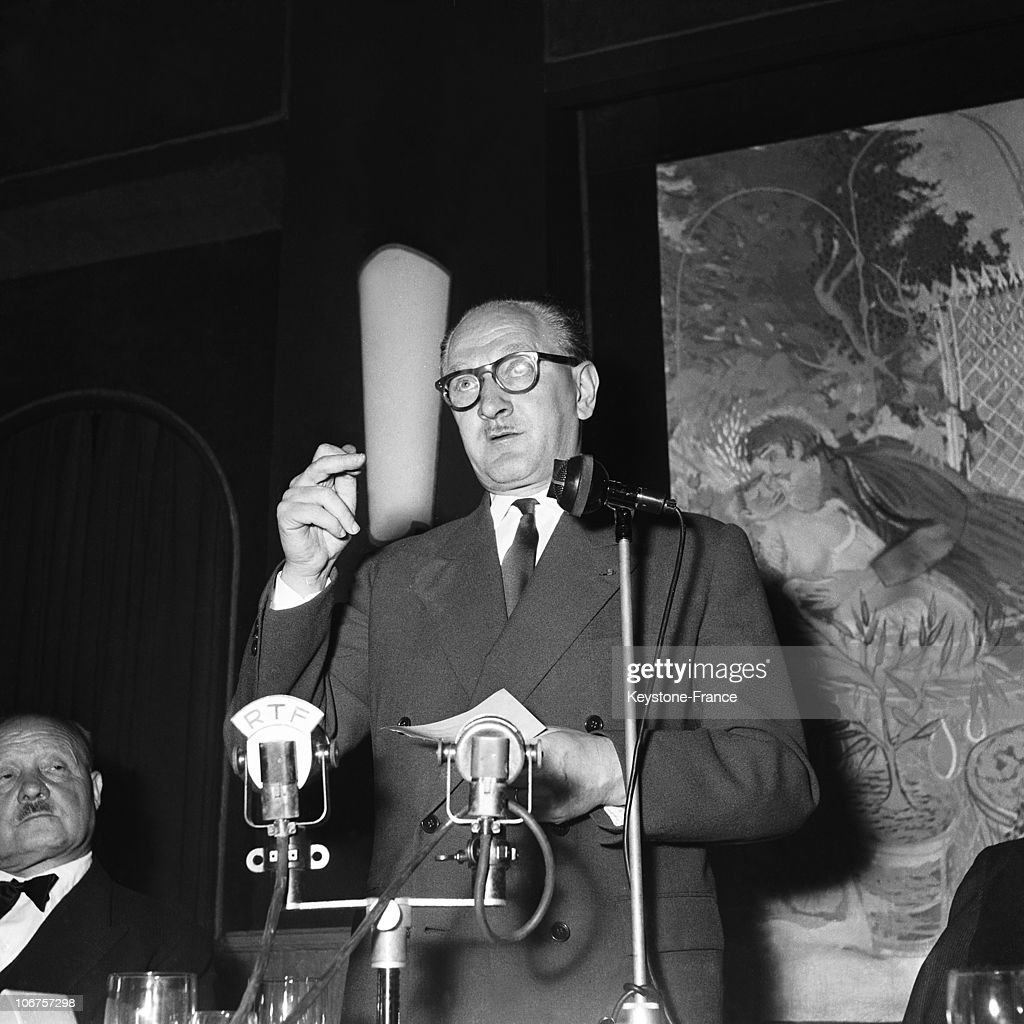 Each country had its own agenda.  In England neo-imperialist forces believed that “if they could no longer dominate colonies openly, they must try to foster a secret British Empire club….a powerful hidden empire of money and control,” this was apart from the “Commonwealth.” (23)  This was the overall strategy that revolved around access and transportation of oil.  An example of Von Tunzelmann’s approach is her March 1, 1956 section where she concentrates on Jordan’s King Hussein’s firing of John Glubb Pasha, a British serving officer who headed the Arab Legion.  For Eden, Nasser was the cause and his actions were a roadblock to achieve a Middle Eastern defense pact (Baghdad Pact), and Jordanian membership.  Eradicating Nasser became Eden’s life’s mission.  In her discussion of March, 1956 the author raises the role of American policy, but she only mentions in passing American attempts to bring about peace between Israel and Egypt, i.e.; Project Alpha and the Anderson Mission.  She presents a number of reasons why the US withdrew its offer to fund the Aswan Dam project on July 19, 1956, forgoing that Washington had already decided as early as March 28, 1956 that Nasser was an impediment to peace and the US launched Operation Omega designed to take Nasser down a peg or two, and once the presidential election was over more drastic action could be taken.  For the French, Mollet blamed Nasser for all Paris’ difficulties in Algeria.  When FLN leader Ahmed Ben Bella, a World War II hero in France left for Cairo it confirmed that Nasser was providing Ben Bella weapons and a safe exile.  To the author’s credit throughout the narrative she whittles down all of the information in expert fashion and she sums up the interests of all concerned as the crisis approaches.

Von Tunzelmann provides many interesting details as she delves into individual motivations.  For Ben-Gurion, the Straits of Tiran were the key.  Many have speculated why Israel would ally with England under the Sevres Agreement, a country that had been a thorn in the side of Jews for decades.  The key was an oil pipeline that was to be built from the southern Israeli port of Eilat to Ashkelon in the north (Trans Israel pipeline or Tipline) that would bring Iranian oil to Europe.  In 1957, Israel brokered a deal with Iran, and the Suez Canal, by then under Egyptian control, would be bypassed.  This deal would also make the Jewish state a strategic ally of Europe.

The most important parts of the narrative deal with the October 23-24, 1956 dates.  It is during those few days that Von Tunzelmann provides intimate details of the negotiations between Israel, France and England at Servres.  All the important players from Eden, whose health is explored in relation to his decision-making; Ben-Gurion, who exemplifies  what she calls “muscular Judaism,” who wanted a preventive war before the Egyptians could absorb Soviet weapons; Guy Mollet, who agrees with Israel and promises aid in building a nuclear reactor for the Jewish state, and others.  Within each chapter Von Tunzelmann switches to the machinations involving events in Hungary and how precarious the situation has become.  As machinations were taking place Von Tunzelmann describes events that are evolving in Hungary.   With demonstrations against Soviet encroachment in Poland and the visit of the Soviet leadership to Warsaw to make sure that the Poles remained in the Russian orbit, the aura of revolution was in the air and it spread to neighboring Hungary.  With mass demonstrations led by Hungarian students, workers, and intellectuals, Moscow dispatched the head of the KGB, Ivan Seroy.  Von Tunzelmann examines the thinking of Soviet leadership, the role of Imre Nagy, hardly a revolutionary, but a reformist acceptable to the people, as the situation reaches a breaking point.  Finally, on October 24, 1956 Soviet troops and tanks roll into Budapest sparking further demonstrations allowing an excuse for Russian forces to crush the demonstrators.  The end results vary from 60-80 killed and 100-150 seriously wounded.  The proximity of Soviet actions with the Israeli invasion of the 29th would make Eisenhower apoplectic, in part because the CIA had a coup set to go in effect in Syria on the same day as the Israel attack.

One of the most conjectured part of this period is whether the United States was aware of the Sevres conspiracy and what was the role of the CIA.  Von Tunzelmann approach to these questions is fair and plausible.  After reviewing the available documentation she reaches the conclusion that Allen W. Dulles, the Head of the CIA, who destroyed his documentation knew about the plot in advance and kept the president in the dark because if Eisenhower had known he might have pressured England and France to call it off.  The CIA had so much invested in Nasser, with the relationship fostered by Miles Copeland and Kermit Roosevelt that they wanted to protect him, in fact according to the author the CIA warned Nasser that the British wanted to kill him.  According to Israeli historian and later politician, Michael Bar-Zohar the CIA was fully aware of what was going on and Allen Dulles informed his brother of the conspiracy.  For the CIA “plausible deniability” was the key.  Whatever the case it is clear that crucial information was withheld from Eisenhower.  However, the president was fully aware of the Anglo-American plot to overthrow Syrian leader Shukri al-Kuwatty, who was developing closer ties with the Soviet Union.  Explaining CIA and MI6 machinations is one of the strongest aspects of Von Tunzelmann’s work.  Reading about the British obsession to kill Nasser, reminded me how Washington pursued Fidel Castro few years later.

At the same time she discusses Suez, Von Tunzelmann shifts to Hungary and analyzes Moscow’s hesitancy to invade.  Her portrayal of Imre Nagy’s difficulty in controlling the uprising is solid as the demonstrations spirals out of control inside and outside of Budapest.  However, once Imre Nagy decides to withdraw Hungary from the Warsaw Pact and claims neutrality for his country it is a forgone conclusion in the Kremlin that despite some hesitation they must invade.  The Suez situation provided Moscow with excellent cover at the United Nations.  As the French and British dithered in delivering their forces to Egypt, Moscow became emboldened.  Von Tunzelmann does an excellent job following communications between Dulles and Eisenhower on the American side, Mollet and Pineau for the French, Eden and the Foreign Office, and within Imre Nagy’s circle in Budapest, as it is clear in the eyes of Washington that the allies really have made a mess of things.  The author’s insights and command of the material are remarkable and her new book stands with Keith Kyles’ SUEZ as the most important work on the topic.  What enhances her effort is her ability to compare events in Suez and Hungary during the first week of November shifting back and forth reflecting how each crisis was dealt with, and how the final outcome in part depended on the evolution of each crisis.

One of the major aspects of the Suez Crises that many books do not deal with which BLOOD AND SAND discusses is that once war was unleashed the Palestinian-Israeli conflict could only be exacerbated.  Israeli actions in Gaza stayed with those who were displaced and suffered and it would contribute to the hatred that remains today.  Once the crisis played itself out and Eisenhower forced the British and French to withdraw from Egyptian territory in early November, using oil and currency pressure; threatening the Israelis, who finally withdrew in March, 1957, it seemed that American standing in the Arab world would improve.  However, the United States gave away the opportunity to furthering relations in the Arab world with the introduction of the Eisenhower Doctrine which was geared against the communist threat.  Von Tunzelmann makes the case that Eisenhower was the hero of Suez, but within a few years his doctrine led to dispatching US troops to Lebanon and the overthrow of the Iraqi government.  By 1958 the Arab world began to view the United States through the same colonialist lens that they evaluated England and France, tarnishing the image of Eisenhower as the hero of Suez.

(Map of the Suez Canal)