THE VENETIAN BETRAYAL opens in true Steve Berry fashion with a historical scene that lends to the background of the plot.  In this case we find Alexander of Macedonia (the Great) brooding over the loss of Hephaestion, his friend, warrior, and possibly lover who has died.  In his grief he blames Glaucias, the physician for his death, and is executed, but not before we learn that Alexander is ill.  Berry immediately shifts to Cotton Malone, the main character for the author’s series of historical novels.  Malone is a former US Justice Department covert operative who retired two years ago and purchased a bookstore in Copenhagen.  Malone notices a door to a Greco-Roman museum is open so he enters only to find himself in grave danger and is saved from an arsonist’s work by Cassiopeia Vitt, an archeologist, scholar, and a women of many martial talents.  Vitt and Henrik Thorvaldsen, a Danish philanthropist among his many interests have appeared in previous novels as has Stephanie Nell who was a member of the Magellen Billet, an undercover Justice Department operation, and with similar agendas they work well with Malone.

The story is a complicated one.  It seems that when Alexander the Great tried to conquer India around 323 BCE he was met by soldiers riding elephants which he and his army had never experienced and were decimated.  It appears elephant medallions were created and minted to highlight this episode and a number of individuals want to acquire the eight or nine that still exist.  The characters that are developed include Enrico Vincenti, the leader of the Council of Ten that governed the Venetian League, a group of 432 powerful men and women who resented the obtrusiveness of the Italian government.  The Council replicated the 14th century version of this governing body and their membership had their own concept of wealth and government.  Vincenti is a wealthy man who is the largest stockholder in Philogen Pharmaceutique, a Luxemburg corporation headquartered in Venice but has a complex in Xingyang located in western China.  Philogen’s chief scientist, Grant Lyndsey has developed important viruses and their antiagents that may be weaponized.  The other major character is Supreme Minister Irina Zovastina, the leader of the Central Asian Federation, a grouping of former republics of the Soviet Union that have formed their own political entity, and is obsessed with Alexander the Great.   Vincenti and Zovastina are deeply ambitious and it is interesting to see how their relationship unfolds and how they deal with each other’s goals that do not totally dove tail.  Further confusing the plot line is Viktor Tomas, a double or possibly a triple agent who seems to be in the pay of all sides that appear in the novel.  The question that underlies the novel is how these characters relate to each other and how does the elephant medallions, Lyndsey’s work, and the divergent agendas of the main characters come together to form a suspenseful thriller.

A further plot line which overshadows the first part of the book has to do with the final resting place of Alexander the Great.  Zovastina is convinced that if she can find his remains she can use it as a symbol to spread her federation westward to defeat Iran, Pakistan and Afghanistan before she made a move into the Middle East.  She saw herself as replicating Alexander the Great who originated in the west and moved east, Zovastina wanted to reverse the process by moving from the east toward the west.  Enhancing this line of the plot is a secret cure called the “draught” that was used in antiquity to conquer disease.  Further, is the work of Ely Lund, a researcher in a museum in Samarkand, who uncovered a number of important ancient manuscript pages that were linked to the medallions and Alexander the Great’s final resting place.   Malone and company are drawn into this entanglement which includes the Vatican, the president of the United States, biological weapons, and a host of unsavory characters.

Berry does a remarkable job shifting scenes and creating tension.  His historical and Bill Bryson like descriptions are to be commended as HIV research becomes a major component of the story, in addition to the “Greek fire,” an arsonist’s solution that seems to engulf museums across Europe.  If you enjoy fast action, counterfactual history, and strong character development you will enjoy Berry’s work.  For myself I look forward to THE CHARLEMAGNE PURSUIT, the next installment of Berry’s Cotton Malone series. 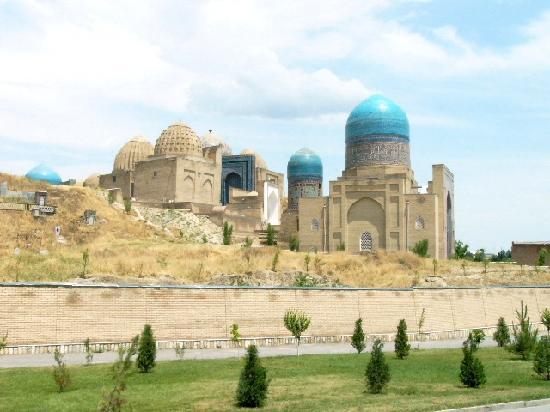