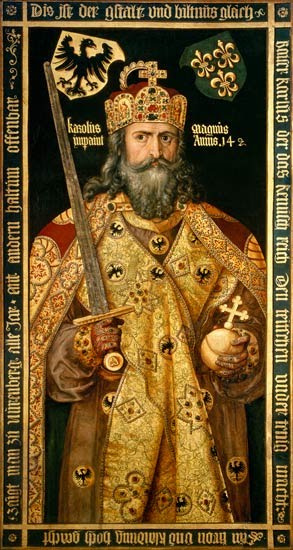 I have been searching for a post-election tonic as I contemplate the future.  My solution has been Steve Berry novels.  Having just completed THE VENETIAN BETRAYAL I have moved on to THE CHARLEMAGNE PURSUIT to keep my mind from contemplating what a Trump administration might produce.  Mr. Berry did not let me down as he weaves “historical license” with an imaginative mystery to keep me grounded.  Berry’s protagonist remains Cotton Malone, a former naval officer and a member of the Justice Department’s top secret overseas Magellan Billet.  In THE CHARLEMAGNE PURSUIT, the fourth in the Malone series we meet a more personal and introspective character as the novel begins in November, 1971, where Commander Forrest Malone of the USS Blazek, a nuclear powered submarine operating under Antarctica is confronted by a number of issues, the most dangerous of which is a leak of potassium hydroxide fluid that poisons the air on board and Malone’s twenty six year naval career, along with his crew comes to an end.  Cotton was ten years old when his father died aboard the submarine and the government never offered a detailed explanation of what had gone wrong.  Later in life during his naval and Justice Department careers Cotton tried to learn the truth to no avail.  After a nasty situation in Mexico had transpired, Malone decided to retire and purchased a bookstore in Copenhagen.  A few years later the death of his father and the lack of information continued to gnaw at Malone and he convinces his former boss at the Magellan Billet, Stephanie Heller to provide him with naval documents that might lead to the truth.  After receiving an envelope while in Gamisch, Germany with a report on the USS Belzak, Malone is attacked and escapes.  The report from the US Navy Court of Inquiry is nothing more than the navy’s varnished version of what occurred and the misinformation enclosed drives Malone to continue his quest.

As is usual in a Berry novel the plot includes a version of history that is suggestive of a counterfactual approach.  In this case it involves Charles the Great, a.k.a. Charlemagne the King of the Franks and Holy Roman Emperor.  Berry would have the reader believe that in 1000 AD Otto III wanted to try and reconstitute Charlemagne’s empire, and proof is offered by a small volume that was taken from Charlemagne’s mausoleum.  The volume is in the possession of Dorothea Lindauer, a woman who claims that her grandfather was also killed on the USS Belzak.  The plot becomes very complex in that her grandfather was a Nazi, Hermann Oberhauser, who Heinrich Himmler had placed in charge of the German Ancestral Heritage – the society for the study of the history of primeval ideas designed to unearth evidence of Germany’s ancestors back to the stone age and reinforce many of Himmler’s peculiar racial beliefs.  It seems that Lindauer has a twin sister Christl Falk who approaches Malone to try and learn the truth of what took place in 1971 under the ice in Antarctica.  Further complicating the story is the fact that Oberhauser took part in a Nazi expedition to Antarctica in December, 1938 designed to see if Charlemagne’s teacher and biographer, Einhard’s book was in fact correct.

If this is not confusing enough US Naval Intelligence head, Admiral Langford C. Ramsay has his own agenda when it comes to the USS Belzak.  Ramsay, a man who has further career ambitions dispatches an assassin to take care of anyone who is digging into the events of November, 1971.  It also seems that Edwin Davis, a deputy national security advisor to the president has an interest in learning the truth and despises Ramsay making for a series of interesting alliances among all the players involved.  The question is why does Ramsay go to such extremes after thirty eight years to maintain the navy’s cover-up of the sinking of the USS Belzak?  The story has reverberations of the Cold War with the Soviet Union, the pursuit of justice, the concerns of an ancient historian, the plight of the USS Belzak, the belief in the “Watchers” or the “first civilization” that the Nazis believed was Aryan in origin, and the death of Malone’s father, but what do they have to do with each other?

In addition to the above, Berry’s complex plot involves a German family with three interesting characters whose centuries old family legacy is at stake.  Also, two deputy national security advisors to the president each with their own agenda, and of course the president.  All of these components are blended together nicely as Berry tries to keep the reader off balance.  Mission accomplished, and the result is an excellent foray into what could be a past civilization, the interests of Nazi Germany, a major cover-up by the US government, and a group of egos that cannot continence each other.  Try this book and enjoy – the next one up in the series is THE PARIS VENDETTA.