The other day I heard a talking head quip that Steve Bannon was Donald Trump’s Rasputin.  Recently I have brought myself up to speed on Mr. Bannon and there really does seem to be some similarities, i.e., access to a person with autocratic tendencies, belief in alternative reality and truth, but the rumors of debauchery do not really match up.  All in all I decided that a read of Douglas Smith’s new biography RASPUTIN: FAITH, POWER AND THE TWILIGHT OF THE ROMANOVS was in order.

Grigory Yefimovich Rasputin’s life has produced numerous myths concerning his influence on the Romanovs; his religiosity, or lack of it; his sexual prowess, and his mystical hold on large segments of the Russian population.  According to Smith these myths have been formulated and put forth in numerous biographies that have created an echo chamber for their constant retelling.  Therefore, the question must be asked, why another biography?  The year 1991 is the key in that the Soviet Union collapsed and as a result the Russian archives have become more accessible which Smith takes wonderful advantage of by uncovering a number of documents that reformulate many storylines in Rasputin’s vita.  Smith cleverly points out that there really is “no” Rasputin without all the stories about him.  Smith’s goal is to uncover and investigate the most important myths, and to a large degree he is remarkably successful.  In achieving his goal Smith has written an almost encyclopedic narrative that seems to cover all aspects of his subject delivering the final word on every scrap of evidence in newspapers and memoirs.  The book will become a wonderful research tool because of Smith’s prodigious research and facility with a number of languages.  In creating his narrative, at times, Smith goes a little overboard the result is a book that is “overlong, overcrowded with names and details, serious and earnest (there are a few jokes), but a valuable corrective to the more sensational and fanciful biographies available in English.”*

The first thirty years of Rasputin’s life is like a black hole of which we know almost nothing, making it much easier to create myths.  Rasputin was never formally educated and remained illiterate until his early adulthood.  Up until the age of twenty eight, Rasputin appeared to be headed toward the life of a typical Siberian peasant; farming, church, and married with children.  In 1897 he seemed to have experienced some sort of vision and began a series of pilgrimages.  His religious quest appears sincere as local priests could not adequately answers his questions about God and religion.  He became a “Strannik,” a holy wanderer which was very common in Tsarist Russia.  Rasputin was atypical from most pilgrims in that he retained a home in Pokrovskoe, and was married with three children as he went about developing his own version of peasant religious orthodoxy.  According to Smith, Rasputin’s years of wandering were his university education and he developed a broad knowledge of the Russian social order and a strong understanding of human psychology, with a special talent for reading people.  Rasputin learned how to talk to people and he could “speak freely about Holy Scripture and the meaning of God in a way unlike the priests with their book learning.  His language was direct, personal, unmistakably alive, and earthy filled with references to daily life and the beauty of the natural world.” (27)  This talent goes a long way to explain how he developed his own personality cult.

(Nicholas and Alexandra with their daughters)

Smith’s portrayal of Nicholas II and his German Tsarina, Alexandra is very perceptive and accurate.  One of Alexandra’s major shortcomings was that she needed to control her privacy and shut out everyone but her immediate family.  The feckless Nicholas could not get her to change her belief that the Russian people had an obligation to the Romanovs, not that the crown had an obligation to its subjects.  The royal couple had a long history of dealing with “mystical types” before Rasputin arrived on the scene.  The most important of which was Philippe Nazier-Vachot, or Monsieur Philippe a charlatan introduced to Alexandra by Militsa, who was married to a Grand Duke who was Nicholas’ cousin.  These two are just the tip of the iceberg of the characters who believed in mysticism and the occult that Smith introduces us to that influence how the Tsar governed his people. Nicholas had a firm belief in the medieval notion of the mystical connection between the Tsar and the masses.  Alexandra had been seeking a “holy man” before Rasputin arrived due to her own personal insecurity and perhaps awareness of her husband’s flaws which would undermine Nicholas’ power, prestige and effectiveness once Rasputin replaced Philippe.   Alexandra needed to have blind trust in a spiritual advisor who spoke of higher truths and prophecies that satisfied her inner religiosity, and help instruct Nicholas on how to rule.  This would lead to mistrust and machinations within the royal family, create intense gossip that tarnished the image of the monarchy, and repeated investigations into Rasputin life and actions as a number of people tried to open the Tsar’s eyes to what was transpiring right before his very eyes.Smith captures the intensity of Alexandra’s loyalty to Rasputin no matter what evidence investigations by the Duma (Russian parliament created by the October Manifesto during the 1905 Revolution) or the Ohkrana (Tsarist Secret police) produced.  Stories of lewdness, debauchery, rumors of unacceptable behavior on the part of Rasputin could not shake Alexandra’s confidence and dependence on her “friend.”  Historians have conjectured on how Rasputin was able to manipulate the Tsarina.  It has generally been accepted that it was due to his ability to help Tsarevitch Alexei who suffered from hemophilia.  It is agreed that Rasputin was able to calm the boy and get him to relax which allowed a decrease in capillary blood flow and aid the healing process.  There were a number of occasions when Alexei’s doctors made his condition worse by constant prodding, while Rasputin reassured the boy and calmed him.  However, Alexandra’s neurotic insecurity needs outweigh Rasputin’s calming effect on Alexei in explaining Rasputin’s hold on the monarchy.

Smith takes the reader through the intricacies of eastern orthodoxy and the characters it produced as some priests support Rasputin, but eventually most do not and see him as the devil and an anti-Christ.  The views of politicians and royal family members are examined and historical figures such as Prime Ministers Pytor Stolypin, Sergei Witte, and Vladimir Kokovstov are examined as they attempt to convince Nicholas of the effect Rasputin is having on the decline in popularity of his reign because of policy decisions that Alexandra’s “friend” influenced.  The narrative unveils numerous plots some perpetuated by Rasputin and some by former acolytes that have turned against him to the point that some of these stories could be from an FX cable channel drama.  The problem is many of them have a degree of truth and it reflects how low the Romanov dynasty had fallen in the eyes of its people.

Smith also delves into Rasputin’s battles with the press, the Duma and the Holy Synod.  He provides careful analysis of the strategies that were designed to separate Rasputin from the royal family and exile him to his home village in Siberia.  Official after official, religious leader upon religious leader, and family members all approached Nicholas about the damage that the rumors about Rasputin, including those linking him to an affair with Alexandra, were having on his reign, but he just brushed them off.  A number of high officials would lose their positions as Nicholas removed them upon the advice of Rasputin, and these battles would seal the break between the Duma and the Tsar.  Nicholas became increasingly frustrated as his officials could not control newspapers whose reporting was so damaging.  This problem was exacerbated once Russia was at war with Germany.  Once the war broke out Nicholas would leave St. Petersburg for the front a good deal of the time, leaving Alexandra alone under the influence of her “friend.”  As war news worsened, more and more rumors were publicized that Rasputin and the Tsarina were working with the enemy.  It wasn’t just peasants and soldiers who began believing these rumors as Smith points out but foreign diplomats who feared a separate peace between Russia and Germany, making a revolution against the Tsar a patriotic act.

Similar credence was given to the rumors of sexual scandals at court.  It was said that the Tsarina was the mistress of Rasputin and the lesbian lover of Anna Vyrubova, her lady in waiting, who took part in orgies with both of them.  Alexandra’s sexual corruption became a kind of metaphor for the diseased condition of the monarchy,” even though none of them had any bases in fact.**  Smith provides unparalleled detail in all areas that the narrative ventures, which separates his biography from all others.  But one must ask the question; is there too much detail, after all does the reader need to know the personalities, motivations, and actions of every scandal that existed? The outbreak and conduct of World War I sealed the fate of Rasputin and the monarchy.  Perhaps Nicholas II’s worst decision was to replace Grand Duke Nikolai Nikolaevich as Commander and Chief.  Rumors persisted at court that Nikolaevich was the center of a movement to replace the royal couple and they feared he was providing the enemy Nicholas’ movements at the front.  However, once Nicholas II took command he was away from Alexandra a great deal of the time providing Rasputin greater access and would have greater influence on decisions.  Smith argues against this premise as the malleable Nicholas would be under greater influence by his officers and staff who were critics of Rasputin and the Tsarina.  As these events unfolded during the spring of 1915 newspaper attacks against Rasputin reached new heights of absurdity and with it the reputation of the monarchy reached new lows. As to whether Rasputin dominated the crown and possessed unlimited power, Smith maintains a large degree of that power only “existed in the minds of others.” (440)

The final third of the book deals with plots to kill Rasputin.  Many believed and historians have conjectured as to whether Rasputin and Alexandra were German spies.  Smith, as he does with many the myths he debunks puts this one to rest also arguing that there is no concrete evidence that Rasputin and Alexandra were tools of the Hohenzollerns.  Smith then details more scandals and the ministerial merry go round that Nicholas’ government became during the war, as those who opposed Rasputin were replaced by people he approved of.  This aggravated a number of people, most prominent of which was Price Felix Yusopov who organized a scheme to assassinate Rasputin, and with his co-conspirators carried out the murder during the evening of December 16-17, 1916.

The book is brought to a conclusion discussing the investigation of Rasputin’s murder and setting aside the myths associated with it.  Further, Smith explores the collapse of the Romanov dynasty which resulted in a wave of propaganda depicting Rasputin as the incarnation of evil and that the Russian people were finally set free.  Smith is to be credited with the most comprehensive and up to date biography of Rasputin.  At times difficult to plow through because of its detail, however, if you seek knowledge pertaining to Nicholas and Alexandra’s special “friend,” Smith’s effort will satiate you.

PS.   Rasputin was not as mean spirited as Steve Bannon seems to be! 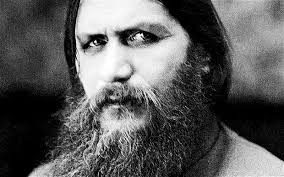