On February 6, 2017 Israelis living in the south were once again reminded of the threat of Hamas rockets being launched from the Gaza Strip, when one landed in an uninhabited area.  During the summer of 2014 in its war against the Palestinian terrorist group Israel absorbed over 4000 rockets launched against its territory.  Since that time Hamas has been trying to replenish its stockpile and prepare itself for the next round of warfare against Israel which will surely come in the not too distant future. Along with Hezbollah’s stockpile of over 100,000 rockets provided by Iran and Syrian dictator, Bashir el-Assad the appearance of a new book entitled, THE WEAPONS WIZARDS: HOW ISRAEL BECAME A HIGH-TECH MILITARY SUPERPOWER by veteran Israeli military correspondence Yaakov Katz and Amir Bohbot is especially timely.  The authors provide a unique perspective on how threats and changes in the Middle East political and military landscape have impacted military research and development to try and bring about a degree of security for the Israeli public.  Katz and Bohbot discuss a number of weapons systems in detail and reflect how the dangerous neighborhood in which Israel lives influences policies and what had to be done to insure that the continued existence of the Jewish state.

We live in a world where technology continues to evolve at an amazing rate of speed.  This has impacted how wars have been fought recently and will continue to impact the battlefield in the future.  With the advent of satellites, drones, cyber warfare and other systems, Israel finds itself at the cutting edge of all of these new technologies because if it does not, it may not survive.  The question is how a small nation of 8 million people maintains its commitment and implementation of new military technologies on par with superpowers like the United States and Russia.  Today, Israel’s exports are electronics, software, and medical devices with weapon systems being 10% of all exports.  Israel invests 4.5% of its GDP in research and development, with 30% of that figure geared toward the military.

From its inception in 1948 Israel was forced to develop critical tools – the ability to improvise and adapt to changing realities to survive.  According to the authors, Israel is a country with an absence of structure and social hierarchy which spurs innovation.  This stems from mandatory service in the Israeli Defense Force (IDF), an army dependent upon its reservist system.  The end result is that defense company employees meet soldiers during their reserve commitments where they can examine new weapons designs and other ideas. Israeli engineers have battlefield experience, and their training in the reserves assists them in understanding what the IDF requires in the next war, and how to develop it.  Further, the IDF is a melting pot that allows for social integration and the development of an élan that does not necessarily exist in other countries.

The authors do a good job in offering insights into Israeli attitudes toward technology as they relate developments to past events.  The psychological impact of the 1973 Yom Kippur War in which Egyptian and Syrian armies launched a preemptive war against Israel was a major catalyst in the Israeli defense community’s change in its military approach, thinking, and training.  For Israel “solutions that cross bureaucratic borders and technological limits” are the keys to survival.  For Israel certain things are a given; they are always in a state of conflict, combat experience is used to satisfy immediate operational needs, and they are an innovative people who do not stand on ceremony.

The authors recount major events and crises in Israel’s history dating back to the pre-1948 landscape.  They recapitulate what has transpired, then focus on how military planners  pursued critical self-examination, lessons learned, and how the strategy moving forward prepared the military for the next crisis that would surely come.  The Israeli military doctrine was fostered by its first Prime Minister, David Ben-Gurion in 1948 in that to offset the demographic disadvantage, Israel must seek a qualitative military advantage.  Israel had to make sure it always has superior quality weapons, not necessarily more of them.

Katz and Bohbot focus in on a number of important figures in the development of Israel’s military technology.  Individuals such as former Defense and Prime Minister Shimon Peres who began his career in the early 1950s procuring weapons from France is one of the individuals most responsible for Israel’s defense establishment over a career that ended with his death late last year.  Each technological success was fostered by Israelis who had the foresight to carry through with their ideas and beliefs no matter what bureaucratic obstacles lay before them.  IDF Major Shabtai Brill of the Military Intelligence Directorate was a driving force in the development of drone technology.  Lt. Colonel Effie Defrin an armored brigade commander was intricately involved in the development and upgrading of the Merkava tank program.  Colonel Haim Eshel helped foster the creation of Israel’s satellite program, and Brigadier General Danny Gold was a prime mover in bringing on line the Iron Dome Missile Defense System.  In all cases these individuals realized that Israel could not rely on other countries for their weapons systems, as procurement was influenced by geo-political strategies and events worldwide. 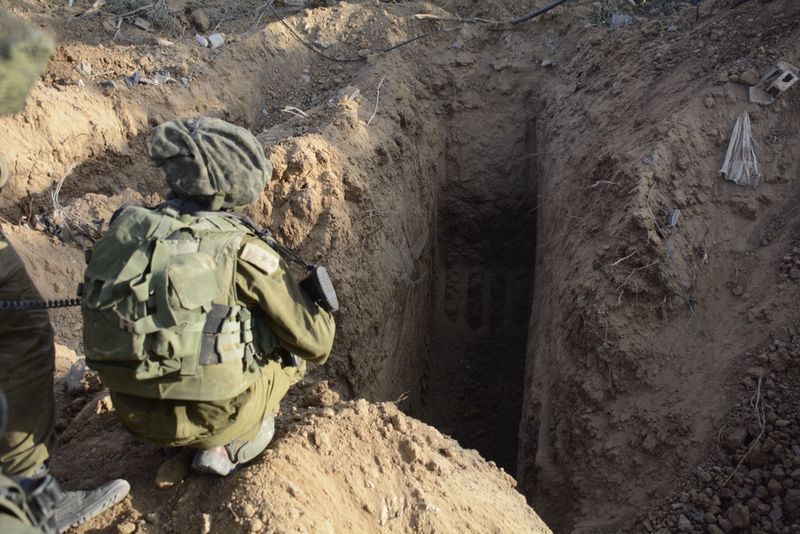 Israeli officials learned early on when to cooperate and develop joint programs with other nations and when to go it alone.  For example, the partnership with the United States in creating the Iron Dome Missile System dates back to the 1991 Gulf War when Iraq launched 39 Scud missiles into Israel.  Further impetus was provided as Hamas launched its first rocket attack against Israel in April, 2001, and the 2006 war with Hezbollah that witnessed over 4300 rocket attacks against the Jewish state.  This resulted in a joint effort with the United States, which provided most of the funding and some technology, as it used its financial support as a means of lessening Israeli security concerns by promoting the missile system in return for negotiations with the Palestinians.  This strategy was employed by the Obama administration early in its tenure in office, but since the Iron Dome went operational in March, 2011, with a 90% kill ratio, its peace strategy failed.

Recently cyber warfare has begun to dominate the news relating to Russian activity trying to influence the 2016 presidential election.  From Vladimir Putin’s perspective it has been very successful, and one wonders about the future of a full scale cyber war and what it portends.  The authors discuss one of the most successful cyber-attacks in recent years as Israel and the United States tried to derail Iran’s nuclear program.  Once the world learned of Iran’s Natanz facility that housed tens of thousands of centrifuges used to enrich uranium in August, 2002 Israel immediately began a program of killing Iranian scientists, sabotaging deliveries of important materials to Iran, and developing Stuxnet, a dangerous virus that would set back the Iranian nuclear program for about two years.  The Iranian threat fostered the reorganization of Israel’s cyber warfare capabilities creating Unit 8200, a military cyber command and resulted in the creation of over 100 high tech companies and startups as the military and the private sector allied to face the cyber threat.   The authors also explore how Israel destroyed the Syrian nuclear reactor in 2007, and the implications of Israeli Prime Minister Benjamin Netanyahu constant threats to destroy Iran’s nuclear facilities.

Katz and Bohbot provide an excellent chapter dealing with the integration of Israeli military technology and diplomacy.  Since its inception defense ties and arms sales played a significant role in bringing billions of dollars into the Israeli economy.  Not only did weapons sales bring in enormous profits for the Israeli defense industry, it also furthered diplomatic ties with certain countries.  The authors detail arms diplomacy with China, India, and Singapore reflecting on its successes and failures.

The authors repeatedly reiterate that the key to Israel’s survival is its ability to innovate and solve problems during military conflict that was unexpected.  The most recent cases deal with Gaza and Russia.  During the 2014 war with Hamas, the major new problem was tunnels that were used to attack Israeli Kibbutzim.  Israel was aware of the tunnel problem, but not the sophistication and interlocking pathways underground.  It took Israel over 50 days and the death of dozens of Israeli soldiers and hundreds of Palestinians to solve the problem and shut down over 30 tunnels.   As new technology was applied to resolve the threat it showed “that Israel’s experience during the Gaza War showed the IDF that as prepared as it might think it is for war, it can always be surprised.”  Another situation evolved with Russia in applying the leverage of drone sales to Moscow to block the sale of sophisticated missiles to Iran that could protect their nuclear facilities.  Israel thought it had the situation in hand when more sophisticated missiles turned up in Syria as Putin did his best to retain Assad in power.  Once again showing that arms diplomacy and war cannot be totally predicted.

For Israel, the neighborhood they live in is not some virtual threat, but it’s a daily reality that the authors constantly focus upon as each official, scientist, or engineer are constantly concerned about what crisis is right around the corner.  Katz and Bohbot detail how Israel has achieved their preeminent position in the techno-warfare world, but also scenarios for the future, that are out right scary.