With thousands upon thousands of books written about Nazi Germany and its “Fuhrer,” Adolf Hitler, one wonders if there is a relevant area of research that has not been mined thoroughly.  The appearance of Norman Ohler’s BLITZED: DRUGS IN THE THIRD REICH provides an affirmative answer.  A regime that prided itself on its anti-drug mantra was led by a man usually pumped full of drugs by his personal physician Dr. Theodor Morell.  The premise of Ohler’s work, first published in Germany in 2015, is that the Nazis provided the world with a chemical legacy that remains a major problem today – opioid – methamphetamine addiction.  The Nazis allowed the use of Volksdroge, “the people’s drug” unencumbered until the passage of the Reich Opium Law in 1941.  Today, the substance is known as “crystal meth,” and is consumed by over 100 million people worldwide, though in most places it is illegal or strictly regulated.

Ohler’s thesis presents the Nazi dichotomy.  It publicized and demanded that all should possess a constitution pure of drugs that could affect the mind and body.  Hitler, was portrayed as a vegetarian teetotaler who would not allow any foreign bodies to enter his system.  On the other hand, the Furhrer would become dependent on a series of short-term stimulants from 1936 on that would progress to an intravenous diet of animal extracts, and after 1943 hard drugs like Eukodal, whose active ingredient is oxycodone.  These pseudo medications were administered by Dr. Theodor Morell, a specialist in skin conditions and sexually transmitted diseases who would pollute the Nazi leadership with his concoctions and use Hitler’s dependency on his treatment to try and construct a “hormonal” industry called the Ukrainian Pharma-Works” in areas seized by the Wehrmacht.

According to Ohler, the original rise of crystal meth took place in Nazi Germany.  The German chemical industry received a major boost in the 1930s under the direction of Dr. Fritz Hauscheld, the head of pharmacology at the Temmler Chemical Works who job was to discover a “performance enhancing drug” for the Third Reich.  The discovery of morphine made a different scale of war possible as men too injured to fight could now return to the battlefield. Temmler’s research would patent the drug Pervitin (“speed”), Germany’s first methamphetamine that produced feelings of euphoria, energy, self-confidence, and strength.  Temmler’s successful marketing campaign would result in the drug as a panacea for a number of issues from fatigue to a low sex drive.  The drug became a fixture in German society in the late 1930s.

The drug was a perfect match for the spirit of the age.  By 1936 Hitler had successfully overcome many of the limitations placed on Germany by the Versailles Treaty.  Unemployment was a thing of the past and by 1938 Germany had seized the Rhineland, achieved Anschluss with Austria, and stolen the Sudetenland from the Czechs at Munich.  For Hitler his burgeoning popularity was like a drug addict who could not give up his expansionist drug and by mid-1939 had moved on to Danzig.  The German people had to maintain this pace of change.  Fresh demands were made on the labor force and the military – the slogan “Germany Awake” needed methamphetamines for the country to “stay awake.”  According to Ohler, “spurred on by a disastrous cocktail of propaganda and pharmaceutical substances people became more and more dependent….Pervitin allowed the individual to function in the dictatorship.  National Socialism in pill form.” (39)

Ohler raises a number of questions; did civilian use of Pervitin carry over to the military?  Did German soldiers need the drug to fight effectively?  Did the addictive drug influence the course of World War II?  The answer in all cases seems to be yes.  Relying on a significant amount of research, particularly Dr. Morell’s patient notes Ohler traces the development, production, and dissemination of Pervitin as World War II approached.  He describes how it was employed in achieving the Blitzkrieg against France and the Low Countries in April and May, 1940.  The speed of the German military was key, and commanders would not tolerate rest or fatigue. Pervitin, is at a minimum partly responsible for the German success.  Dr. Otto F. Ranke, the Director of the Research Institute of Defense Physiology was completely on board with making these pills available to commanders and their soldiers.  With no real guidelines as to how Pervitin was to be used they were distributed in the millions to German soldiers.

Ohler weaves the course of the war effectively as he traces drug use as it related to Germany’s progress on the battlefield, and how, after 1942, mounting German problems affected Hitler.  Ohler weaves the Holocaust and the Nazi ideology of blaming Jews for the lack of purity of the German population that he had described in Mein Kampf, major battles and military decisions, and Hitler’s interaction with people throughout the narrative.  Further he describes the chemical changes in the nervous system of German soldiers through the ingestion of the drug as they went into battle.  What was clear is that the energy and euphoria could last only so long before fatigue set in and German advances were hindered by the need to rest their soldiers.  The same can be said of Hitler, as Morell developed a vitamin concoction called Vitamultin which he injected the Fuhrer with daily, resulting in similar after effects that German soldiers suffered from.  Morell was able to convince the General Staff of its benefits and a number of them would soon become his patients, as did many other Nazi officials.

Hitler’s medical decline began in the autumn of 1941 as the war began to turn against the Reich.  Germany had invaded the Soviet Union on June 22, 1941 and it was supposed to take three months to complete the action.  “As soon as he encountered genuine Russian resistance that couldn’t be removed with a sweep of the hand, ‘the greatest commander of all time’ retreated further and further into his world of make believe.  The microcosm of the Wolf’s Lair (Hitler’s eastern command center) was nothing more than a hubble made of concrete and steel.” (111)  For the first time in the war Germans suffered great losses in a very short period of time – even the doping that had been deployed for Operation Barbarossa was ineffective as once the Pervitin wore off, troops had to rest.  Hitler fell ill for the first time in years in August, 1941 and when Morell’s concoctions of vitamins and glucose failed to work he raised the ante by injecting steroids and other opiates.  He did prevent another illness, but in the future Morell resorted to prophylactic injections of new hormonal substances.  “From autumn 1941 onward, more and more concentrated animal substances began to circulate in his bloodstream” in order to reinforce his body’s defenses.  The result was that “Hitler’s natural immune system was soon replaced by an artificial protective shield.” (114)  From then on Hitler’s military directives parted company from reality as he would not accept rational arguments from his generals.

As the war continued to go against Hitler’s “alternative reality” he became more and more dependent on opioid drugs.  Hitler was dependent on Dr. Morell, who was dubbed the “Reich Injection Minister” by Hermann Goring.  “The medication kept the supreme commander stable in his delusion….Any doubts were swept away by his chemically induced confidence.  The world could sink into rubble and ashes around him, and his actions cost millions of people their lives – but the Fuhrer felt more than justified when his artificial euphoria set in.” (163)

Ohler describes the period after 1943, as Hitler’s heavy opiate phase.   As the war turned increasingly bad for Germany, the Merck and Company facility in Darmstadt was destroyed in December, 1944, so Merck could no longer produce Eukodal.  Hitler’s health would deteriorate and to survive he took strong narcotics which erected a pharmacological barricade around himself.  The delusional system that Hitler created for himself, would not allow him to remain clear of drugs.  “Under no circumstance did Hitler want to come down from his megalomaniac Fuhrer trip, in spite of the disastrous military situation.” (174)  By the spring of 1945, Morell no longer had any potent substances to administer as he had done in the past.  As time evolved the Fuhrer most certainly went through a period of withdrawal.  Some historians believe he was suffering from Parkinson’s disease, but in retrospect it is hard to determine a definitive diagnosis.

A part from Hitler the drug crutch influenced German naval policy.  Admiral Hellmuth Heye argued for one man torpedoes and two man submarines to inflict damage on allied shipping.  To accomplish this task drugged men were required as these were kamikaze missions.  Ohler describes the drug mixtures created that would have been fine for an addict like Hitler, but could not be tolerated by the average soldier.  Medical experiments to prepare Germans to carry out their weapons pipe dreams were carried out in Sachsenhausen and Auschwitz concentrations camps resulting in the death of numerous victims.  Ohler describes in detail Hitler’s deterioration once drugs were not available and he would succumb to a nasty withdrawal like most drug addicts.

A number of important historians support what Ohler’s research has unveiled.  The late Hans Mommsen, one of the leading German historians of the Nazi era, Ian Kershaw, the foremost Hitler biographer, and Anthony Beevor, the well-known military historian all recognize that Ohler, a German journalist, novelist, and filmmaker has written “a serious piece of scholarship,” and one that is very well researched.” (“The Very Drugged Nazis,” by Anthony Beevor, New York Review of Books, March 9, 2017) 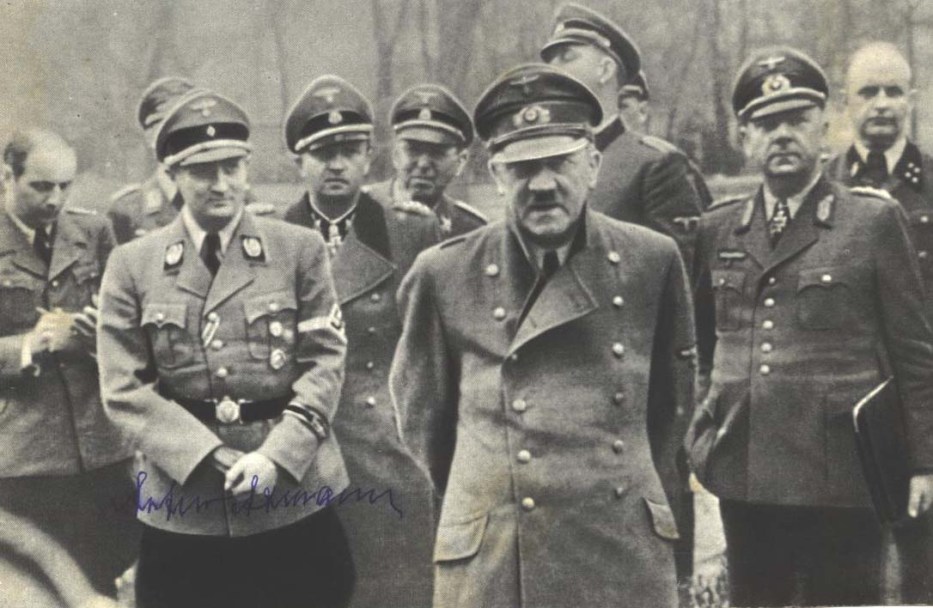