Just watched Werner Herzog’s 2014 film, the “Desert Queen” staring Nicole Kidman as Gertrude Bell whose impact over British policy in the Middle East during and after World War I was quite impactful.  Hers was a rich life that reflected her work as a historian, archeologist, and later as a politician or pseudo diplomat.  The film is rather slow moving and dull in spots, however the cinematography is nicely portrayed.  The scenes with Churchill and T.E. Lawrence were poorly done, though we do get a sense of their egos.  Devoting over half the film to Bell’s love life as opposed to her research and work with the Bedouin and her influence over British policy is a misuse of time and “the Desert Queen’s” gifts.  Nicole Kidman masks a strong effort to accurately portray Bell, but overall the film could have learned a lesson from David Lean’s “Lawrence of Arabia,” though Herzog’s musical score does measure up. 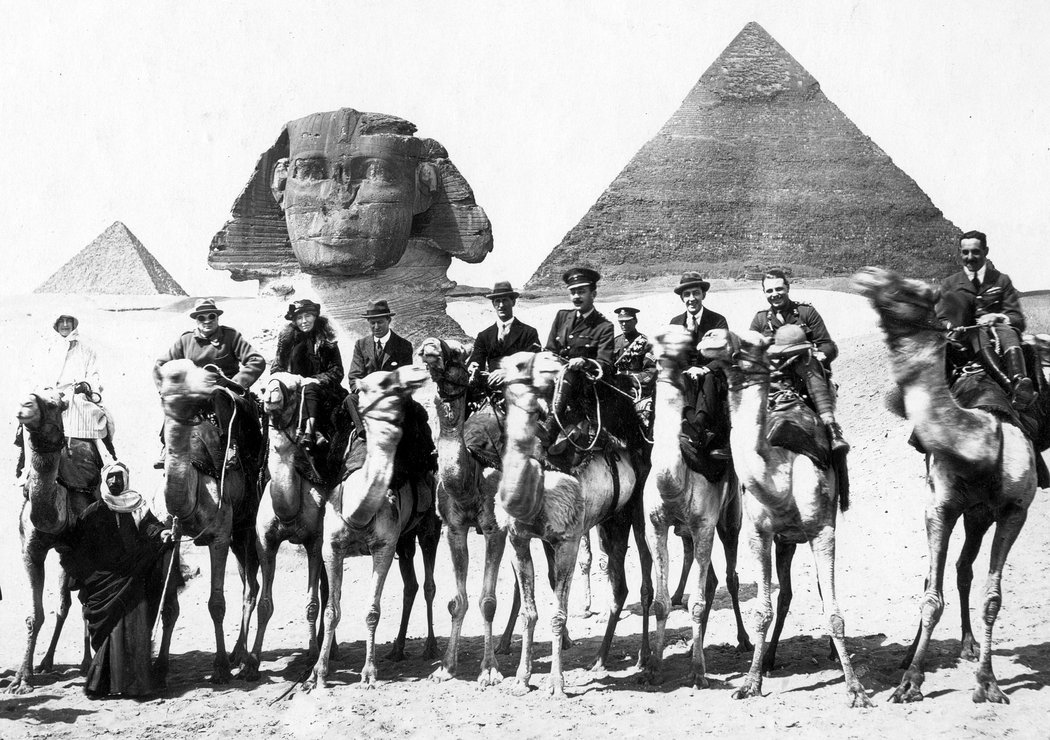 (Picture is replicated in film, with Churchill, Bell and company)

One watches the film, and follows Bell/Kidman travel the desert and after two hours, she finally meets with the Sharif of Mecca’s son’s Faisal and Abdullah and she sees them as future kings.  Though true, this could have been presented in a bit more greater depth, though their pet falcons were a nice touch.  If one is looking to learn about Gertrude Bell and I would steer toward two books, GERTRUDE BELL: QUEEN OF THE DESERT, SHAPER OF NATIONS by Georgina Bell, and DESERT QUEEN: THE EXTRAORDINARY LIFE OF GERTRUDE BELL: ADVENTURER, ADVISOR TO KINGS, AND ALLY OF LAWRENCE OF ARABIA by Janet Wallach.