When I finished reading Greg Iles’ THE BONE TREE the second volume of his Natchez Burning trilogy it was clear the third installment would be equally suspenseful and the type of book that I would not want to put down.  I was not disappointed as MISSISSIPPI BLOOD drew me in, grabbed my attention, and would not release me.  Iles begins the conclusion of the trilogy by using old newspaper articles as a vehicle to review or present material from the first two books.  It is 2006, and Penn Cage, the mayor of Natchez, Mississippi is dealing with the murder of his fiancé, and is deeply troubled by his father’s refusal to talk about his past, and defend himself at his upcoming murder trial.  Compounding his father’s actions is the effect it is having on the Cage family.  Lurking in the background, soon to reemerge as one of the keys to the novel is a KKK offshoot, the Double Eagles, led by Snake Knox, a racist sociopath who will stop at nothing to keep his actions and past secrets hidden.

A number of characters from the previous novels reappear; Shadrack Johnson, the District Attorney who prosecutes Cages father as a means of furthering his career and reputation; Dr. Tom Cage, Penn’s father; Walt Garrity, a retired Texas Ranger who fought with Tom Cage in Korea; Sheriff Billy Byrd, who hates Penn and is in bed with the Double Eagles; Quentin Avery, the diabetic attorney who defends Dr. Cage; Lincoln Turner, Cage’s half-brother from Dr. Cage’s affair with his nurse, and Penn’s mother Peggy, eleven year old daughter Annie, and a number of others.  As the novel progresses Iles integrates material from the first two books refreshing the memories of those who have read them.

Iles does introduce a number of new characters who help bring the state of excitement to new levels.  Serenity Butler, writer, college professor, native of Mississippi, and an Iraq war veteran; Terry “Toons” Teufel, the muscle behind the VK (Varangian Vindred or Viking Justice) a racist biker group somewhat aligned with the Double Eagles; Dolores St. Denis, whose fiancé was murdered by the Double Eagles at the “Bone Tree” in 1966; Cleotha Booker whose son Sam was murdered by the Double Eagles in 1966; Aaron and Roosevelt Harvin the older brothers of Keisha Harvin, a reporter who was brutally attacked by a woman acting for the VK, and a few others.  What is clear to everyone that Penn questions as he tries to figure out what his father is hiding is that if you went against the Double Eagles you would die.

As the plot develops Iles takes the reader into the seamy underworld of racist terror from the Civil Rights era and the present.  What emerges is the depravity of southern racism that in many ways still remains today.  Through the relationship between the VK and the Double Eagles we see their world view and are exposed to the legal and political corruption that existed in Mississippi and Louisiana.   As Iles’ narrative progresses he provides the social texture that was Mississippi in the 1960s and some of which is contemporary.  Iles provides a number of important insights into southern culture by employing a realistic and engaging dialogue between his characters, particularly involving Penn, his father’s supporters, and those who want to convict Tom Cage and bury the past.

The problem that dominates the novel is that Penn’s father is hiding important information about his life and how it impacts his trial.  Further, his close friend and lawyer Quentin Avery refuses to disclose his strategy that seems remarkably weak.  It grows worse as Doris Avery, Quentin’s young wife and Penn come to the conclusion that perhaps there is a pact between the two men, that in return for making sure he is found guilty, Dr. Cage will provide him with a painless death and release from the diabetes that has already cost him both of his legs.  For Cage it seems likely his father wants to be convicted in order to save his family from the Double Eagles, or assuage his own personal guilt.  As Doris states; “I think we’re all hostages, even though we’re walking free.  Annie, you, me…all of us.”  In response Penn states; “You mean literally?  Hostages to the Double Eagles?”  They conclude that most of the world has moved past the racist hatred that permeated Mississippi during the Civil Rights era, but not the Double Eagles and too many others.

Once the plot is laid out, the reader is taken on an imaginative, but realistic ride where it seems that the intensity of the narrative increases as you turn each page.  The events of the novel are put forth through, at times, intense dialogue, conversations, newspaper articles, and courtroom testimony that is conveyed in detail. The book is an ode to Natchez as Penn tries to overcome the city’s past and provide optimism for its future.  The book is riveting and can be tackled on its own, but I would recommend reading the three books in order.  No matter how you approach Iles’ trilogy, which is quite an achievement, you will not be disappointed. 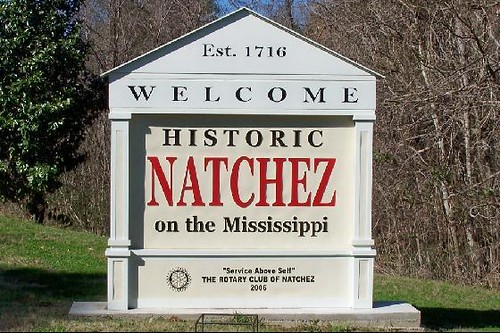