My wife and I have been very fortunate to have traveled to many foreign countries and one of my favorite pastimes is to visit bookstores.  My goal is to acquire mysteries written by local authors of that venue because it is a wonderful way to learn about different countries and cultures.  Scandinavia is of particular interest and I have discovered numerous excellent writers that include; Henning Mankell, Jo Nesbo, Kristina Ohlsson, Hakan Nesser, among many others.  Crime in Stockholm, Oslo, or Helsinki and how the different law enforcement characters approach their work, their attitude toward criminals, and their personal lives fascinates me.  Until recently, I had not come across Lars Kepler (who happened to be a literary couple), but having just read their first novel, THE HYPNOTIST I have added them to my list of authors that I intend to read.  The book is a spellbinding mystery that introduces the Detective Joona Lenna series.  Lenna is a no nonsense investigator who is a member of Sweden’s National Criminal Investigation Department and is called to the scene of a brutal murder that has left a father, and his wife and daughter murdered.

The father, Anders Ek is a high school science teacher who after refereeing a soccer game was brutally stabbed.  The murderer then proceeded to Ek’s house and slashed to death his wife, and daughter, but his fifteen year old son, Josef is found alive.  Evelyn, the twenty three year old daughter had moved out, but investigators are worried that the killer is after her to complete the eradication of the entire family.  Once Lenna arrives at the scene he realizes it is imperative that they get as much information from Josef as they can to save his older sister.  In so doing Lenna contacts Dr. Erik Marin, a trauma specialist and a practitioner of the hypnotic arts to hypnotize Josef to gain information.  The problem is that Marin, ten years earlier had sworn to his wife and family that he would never practice hypnosis again.

Marin carries a great deal of personal baggage.  His marriage to his wife Simone is crumbling as she has lost trust in her husband from past events and cannot decide to leave him or not. Their fifteen year old son, Benjamin suffers from Willebrand’s disease, a rare blood disorder that requires that Marin inject his son with medication on a weekly basis.  Marin himself appears to be addicted to pain killers and other drugs, but when lucid he is an expert in his field.  Lenna convinces him to hypnotize Josef which provides an opening from which the novel explodes.

Three major stories evolve in the plot.  First, Kepler pays particular attention to the Marin family dynamic that also includes his father in law, Keenet Strang a retired Stockholm detective who becomes very involved in an investigation involving the family, his relationship with his wife, and problems faced by Benjamin as he tries to deal with issues in family.  Second, the investigation into the Ek family murders that center around their son Josef and his sister Evelyn.  Third, the moral and ethical issues that surround using hypnosis as a tool for criminal interrogation as applied to Marin’s work ten years before the brutal Ek family murder.

Kepler’s style is crisp and to the point.  Humor and sarcasm are present, but not to the extent of many writers of this genre.  The scenes that present the actual crimes, and how people respond are somewhat unnerving for the characters.  These characters are developed in depth and we learn a great deal of behavioral motivation and how private lives influence how the different characters go about their public actions.  A number of personal crisis are developed in an intricate fashion that carry forth the story.  Erik’s broken promise concerning the practice of hypnosis and the intense study of Josef’s childhood are of the utmost importance.  Lenna’s approach to solving the murder reflects strong critical thinking, but also a methodology that some consider “out of the box.”  What is different in Kepler’s approach is that Lenna, the central character does not dominate the novel.  What evolves are other important characters that Lenna must share the central stage.  The difference is that in most books of this type the “police officer” tends to dominate, but not here. 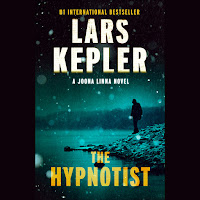 After thoughtful and raises many questions in the reader’s mind as the pages turn very quickly.  The fact that Marin must revisit his own uncomfortable past in order to try and save his family and the depths that it takes him is very unique.  There are three novels in the Lenna series and I look forward to THE NIGHTMARE which reading THE HYPNOTIST, Lars Kepler has hooked me.  Their approach to crime fiction is next. 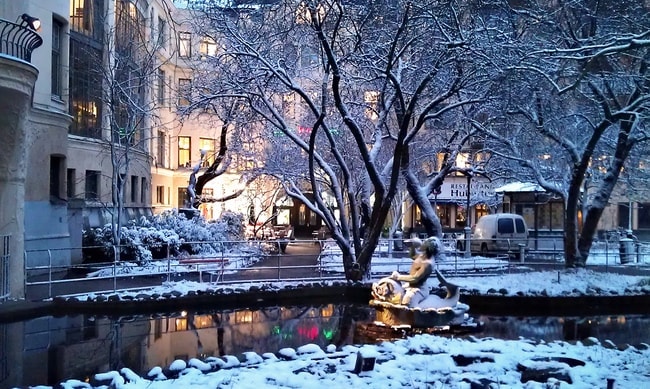