When I began reading Craig Unger’s new book HOUSE OF TRUMP HOUSE OF PUTIN: THE UNTOLD STORY OF DONALD TRUMP AND THE RUSSIAN MAFIA, I did so with great anticipation.  Unger’s previous monographs, HOUSE OF SAUD HOUSE OF BUSH and THE FALL OF THE HOUSE OF BUSH immediately captured my interest and developed themes that were strongly supported by documentary evidence and interviews.  In his newest effort, Unger has not totally measured up to preceding works.  First, if one has followed the news the last twelve months the material should be very familiar especially if one thinks about news accounts on cable television, newspaper articles, and exposes in magazines like The Atlantic.  Second, a good part of the book reads like excerpts from a Russian version of “Goodfellahs,” as Unger describes the development of Russian mob influence and wealth accumulation following the fall of the Berlin Wall, and tries to link Donald Trump to every Russian oligarch he has come across.  Third, the book promises to deliver the untold story of the Trump-Putin relationship, but it seems to rehash what is already in plain sight in the media.  Lastly, the book‘s focus is predominantly about the spread of the Russian mob, the rise of Putin and the Russian autocrat’s strategy to undermine the west, and though it presents a strong case for the Trump-Russian nexus Unger could have developed this component in greater depth. 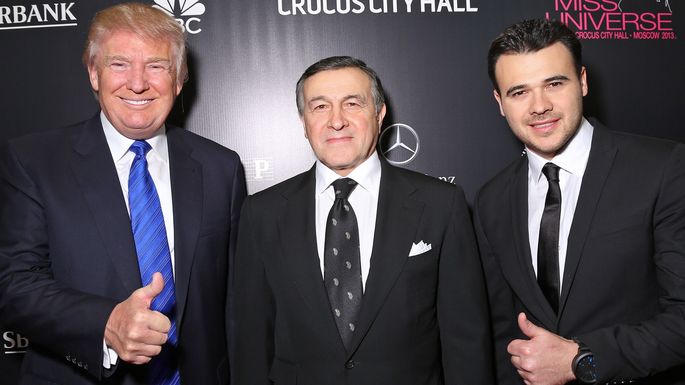 (Trump with Agas and Emin Agalarov)

Unger’s goal as outlined in his introduction is very bold and I thought that I was about to read a book that would replace Michael Isikoff’s and David Corn’s RUSSIAN ROULETTE as the preeminent work on Trump and his Russian connection.  Unger states he will tie Trump to 59 individuals with alleged ties to the Russian Mafia; the use of Trump’s brand to launder billions of Russian mob money; Trump’s providing an operational home to Russian oligarchs in Trump Tower; the significant role the Russian Mafia plays in the Russian government; Russian intelligence targeting of Trump as a possible source for over forty years; how the Russian mob used American groups such as K Street lobbyists to gain influence and intelligence; how Russia took advantage of Trump’s $4 billion debt to coopt him, whether willingly or unwillingly; a description of Trumps relationship with Russian mobsters like Felix Sater; and how Trump became an intelligence “asset” for the Russians.  This is quite an undertaking, a puzzle whose pieces do not always seem to fit, resulting in a narrative that too often does not make a concrete case. Everything Unger states may be accurate, but he does not present his arguments without raising a certain amount of doubt.   In Unger’s defense, at this point it would difficult for any author to write the definitive account of the Trump-Putin/Russian relationship. Unger develops his narrative on two parallel tracks.  First, he describes the development of the Russia Mafia (or Mob) and how they have made inroads in the United States and countries abroad.  He correctly points to the Jackson-Vanik Amendment in a 1974 Congressional Trade bill that called for allowing hundreds of thousands of Jews to leave Russia.  In doing so, the Kremlin let out many Jews, but also many criminals, rapists, and other unsavory characters.  Many of these Jews and their lesser types migrated to the Brighton Beach section of Brooklyn and set up the “new Odessa” as they turned the neighborhood into a Russian enclave.  This provided an area for the Russian Mafia to dominate, set up businesses to launder money, and carry out extortion and other nefarious activities.  Unger goes on describe how the Russian Mafia plundered and came to control much of their country’s resources and corporations after the collapse of the Soviet Union, and followed the trajectory of Vladimir Putin’s career.  Unger will detail the actions taken by numerous individuals like Semion Mogilevich, the “brainy don” of the Russian mob, worth billions derived from illicit trade in weapons, women etc. and Serge Mikhalov, the head of the biggest crime gang in Russia, and how their relationships with Putin, who employed his own cunning, and manipulation of earlier politicians allowed him to develop his own personal kleptocracy. 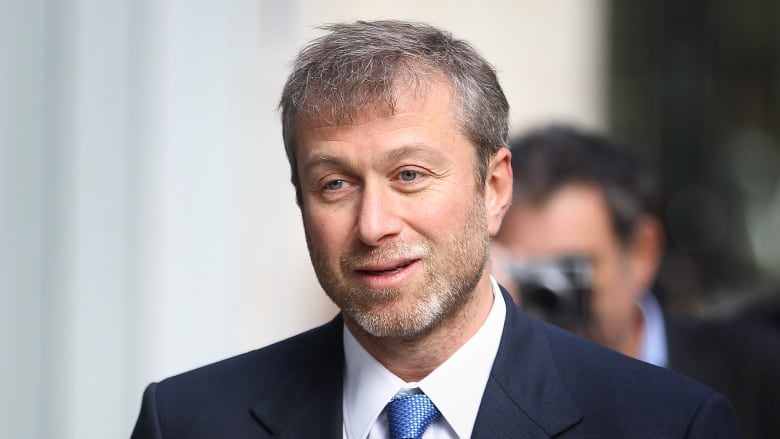 The second track follows Donald Trump’s career dating back into the early 1980s when he was a target of interest for Soviet intelligence.  The story is a familiar one as Unger takes us through Trump’s trips to Moscow in the mid-eighties and nineties as he tries to put together a deal for a Trump Tower in Moscow.  Unger describes how Trump went from debt of $4 billion due to the collapse of his casino empire in Atlantic City to solvency as he learned to trade on his name, and brilliantly made his own name a trademark that Russian oligarchs seem to crave in business deals and high rise condos (a problem in that it provided the Russian mob a place to launder about $1.5 billion as they used shell companies to pay for condo apartments throughout Trump’s real estate empire).  Trumps relationships with men like Felix Sater and others comes to the fore as more and more Trump develops relationships with Russian oligarchs for investment capital, and business projects.  The author tries to unscramble the web of relations surrounding Russian oligarchs and mobsters with ties to Putin and Trump throughout the book, and in many cases the links are solid, and in other cases less so, but the arcane world he is describing is really difficult to totally nail down.  Unger will then take these two tracks which encompasses about two thirds the book and turns to their nexus – how the Russians used their investment in Trump to interfere in the 2016 election, and reap the rewards of a Trump presidency.

(Putin with his oligarch colleagues)

Perhaps in Unger’s strongest presentation he develops the concept of non-linear warfare as a Russian strategy to overturn western gains that included moving the Ukraine closer to the European Union.  For Putin, this was a red line that could not be allowed.  The key to this new approach as put forth by Vladislav Surkov and Valery Gerasimov, the chief of the General Staff of the Armed Forces of Russia was to create a false reality consisting of fake news and alternative facts for both within and without Russia.  Putin and his cohorts set out to destroy the truth and create a never ending conflict about perception that helped the Russian autocrat to control and manage his country.  Hybrid warfare and active measures were employed to weaken the U.S., Britain, NATO, and the European Union and roll back the gains they had made since the Cold War.  Money would be poured into pro-Russian parties in former Soviet states, as well supporting right wing candidates in the U.S. and Western Europe who wanted to dismantle the Western Alliance.  There were spies, hackers, and informational soldiers who carried out sophisticated attacks on social media.  The Russian Mafia was just one weapon in Russia’s arsenal.

Once the strategy was developed Russian intelligence zeroed in on Donald Trump who had years before established a relationship with the Russian mob.  The story of how Trump’s candidacy announced in June, 2015 gave Putin his candidate and allowed him to wreak the benefits of his penetration of K Street, white collar law firms, the Republican political establishment, and former justice and senatorial figures has been told elsewhere and Unger may strengthen details, but the overall storyline remains the same.  The Russian cyber warfare campaign against the U.S. and Hillary Clinton is now well known, but at the time the government did not seem to have a full grasp of what was actually occurring. 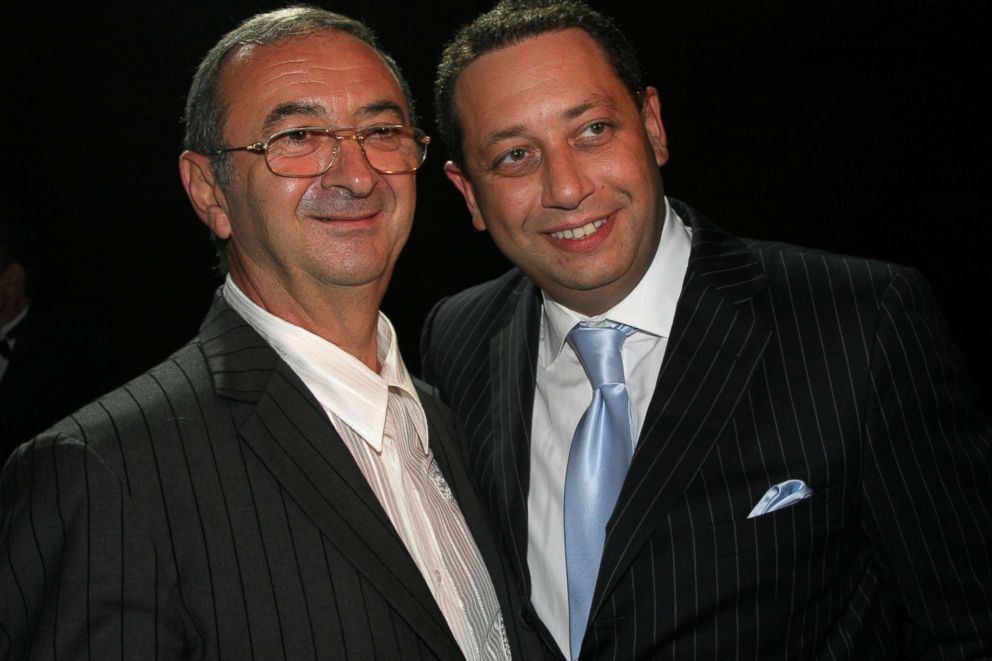 Unger digs deep into the June 9, 2016 meeting at Trump Tower, analyzing who participated, and what agendas they represented.  It is clear that the Trump campaign was now in bed with the Russians, even if the Trump people did not realize how deep, or maybe they did.  Meetings between Trump officials and Russian diplomats and intelligence operatives abound in Unger’s account, as do the role of leaked emails receiving undo attention as opposed to warnings of Russian hacking and penetration of the American electoral process.  As disconcerting as Unger’s account is, we will have to wait until the Mueller investigations concludes to learn the truth.

In summation, Unger has done prodigious research into what is available, but much of what he uncovers is not new.  However, he has done a service by unraveling the role of Russian organized crime, the Putin regime, and its links to Donald Trump and his circle.