(Chernobyl a few days after the explosion at Reactor #4)

March 28, 1979 was an overcast day in Woodbridge, Va. when news arrived of a nuclear accident at Three Mile Island Unit 2 reactor near Middletown, Pa.  Feeling totally in the dark when it came to information about the accident, my neighbors and I gathered outside our homes and immediately began testing to see which way the winds were blowing, and should we pack up and head in the opposite direction.  Living about two and a half hours from the reactor which would eventually partially melt down, we were scared.  Up to that time this would be considered the greatest nuclear accident in history being unaware of the Kyshtym Disaster which was a radioactive contamination accident that occurred on September 29, 1957 at Mayak, a plutonium production site in Russia for nuclear weapons and a nuclear fuel reprocessing plant in the Soviet Union.  After reading Adam Higginbotham’s new book, MIDNIGHT IN CHERNOBYL: THE UNTOLD STORY OF THE WORLD’S GREATEST NUCLEAR DISASTER, an excellent account of the explosion and meltdown at Chernobyl the evening of April 25-26, 1986 and the ramifications of that disaster, memories of that March day flashed before my eyes. 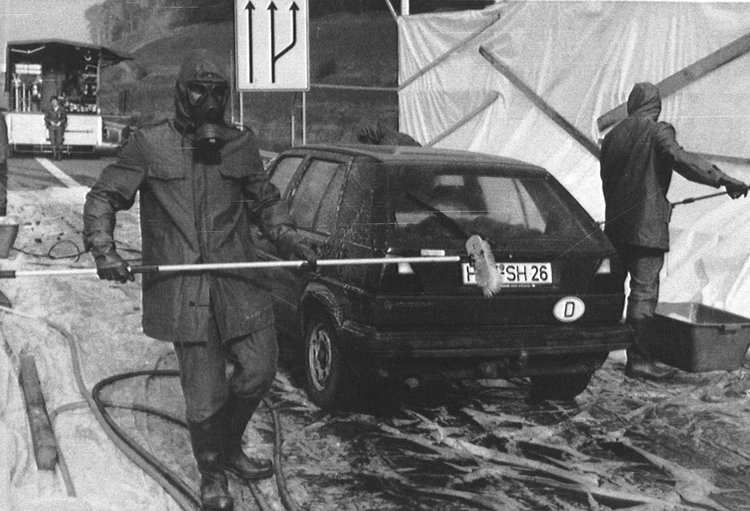 Higginbotham has written the most informative and insightful description of events and analysis of the meltdown that has yet to appear.  It replaces Harvard historian, Serhii Plokhy’s CHERNOBYL: A HISTORY OF A NUCLEAR CATASYTROPHE as the most comprehensive and detailed work that has been written.  In dealing with events such as Chernobyl one must ask: What happened, why did it happen, and could it happen again?  Higginbotham, a journalist and his research partner Taras Shumeyko interviewed numerous eyewitnesses and conducted a prodigious amount of research that included a small number of declassified documents available, and argues that the fanatical view among Soviet bureaucrats and leadership to maintain secrecy, (for example, information about what occurred at Mayak was kept from the public for thirty years) was the reason the accident was so devastating, but also not surprising that it occurred.  Higginbotham recreates the disaster providing a history of Soviet nuclear development, including numerous accidents; the planning and building of Chernobyl; the accident; attempts to remediate the situation after it occurred, the trial of the operators who were blamed for the disaster; and other aspects of the aftermath.  The book reads in part as narrative history, but also a terrifying account of an event which could easily be repeated today.

The plan to build Chernobyl was hatched in February 1970 as a means of catching up to the west and meet Soviet electricity needs.  The Soviet Union would engage in a crash program to build nuclear reactors, but the problem was that the project began during a period of economic stagnation with material and resource shortages everywhere.  The reactor was to be completed by 1975 which was totally unrealistic due to the approach taken by the Soviet bureaucracy, party elites, and engineers that did not consider shortages, safety needs, and planning for possible future nuclear accidents.  The result is that corners were cut in terms of material, training, design flaws, “cooking the books,” and the stubborn nature of the Soviet bureaucracy in charge of construction.  As Higginbotham discusses this aspect of the project, he provides the reader an interesting history of the development of radiation, nuclear development, and their affects on people and society.  The author’s approach to complex scientific information and jargon is such that it is very easy to understand for the lay reader as he describes how reactors are supposed to be constructed. 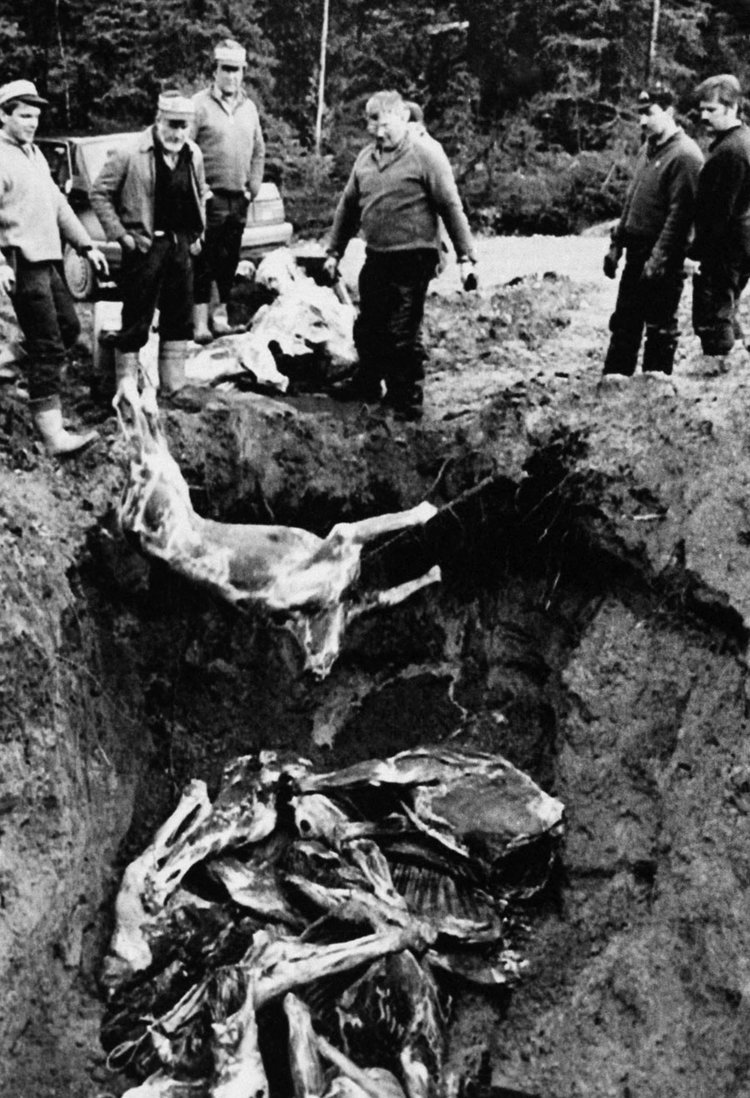 (Animals killed in Northern Sweden in May, 1986 from radiation)

According to Higginbotham there were design flaws dealing with a high-power channel reactor labeled RMBK.  These flaws would dog designers who would pay little attention to test results because of pressure from the Communist Party and the bureaucracy that flowed from it.  This made disaster possible because no one knew how the reactor would react in case of an accident.  The reactors colossal size made start up and shut down the most demanding and treacherous stages of RMBK operation.  The author follows RMBK’s development and its flaws as it went into production, particularly the AZ-5 emergency protection system whose design took too long to respond in an emergency which came home to roost on April 25, 1986.

A similar plant in Leningrad experienced an accident on November 11, 1975 resulting in the release of radiation into the atmosphere over the Gulf of Finland.  However, Sredmash, the Soviet agency in charge of production and construction of nuclear reactors covered up the investigative findings of design flaws related to the accident.  On September 9, 1982 there was a partial meltdown at Unit 1 at Chernobyl which took eight months to repair, but the KGB instituted a gag order, and the following year a similar accident took place in a Lithuanian reactor and one in Armenia.  But the world knew nothing of these accidents.  Further exacerbating Soviet nuclear reactor building was the shoddy workmanship that plagued Soviet industry in general, and that carried over to the construction of Chernobyl. 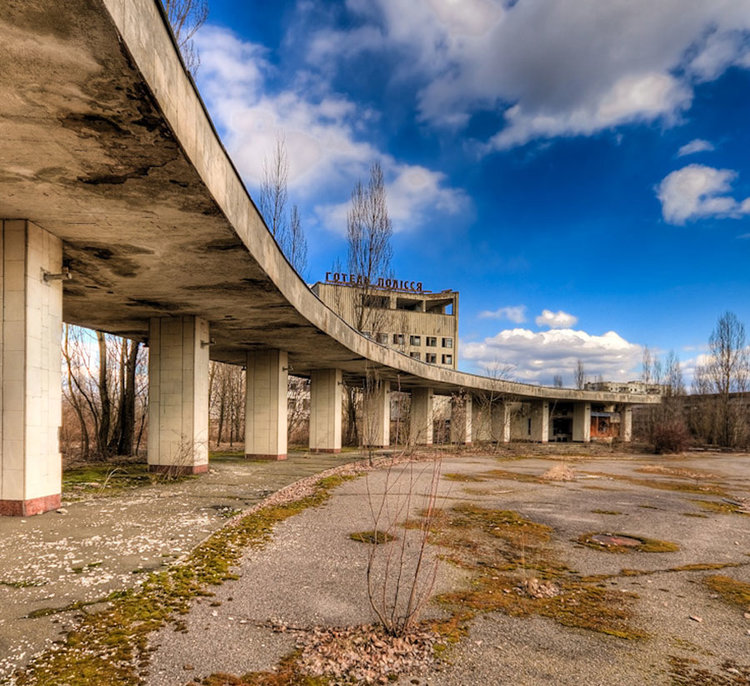 A major problem that arose once Reactor #4 at Chernobyl exploded is that many of those in charge were unprepared to deal with what occurred and succumbed to wishful thinking and self-delusion in approaching how to deal with what had transpired.  Higginbotham describes in detail the lethargic Soviet bureaucracy and their response to disaster.  Soviet Prime Minister Mikhail Gorbachev was not notified as to what had occurred until the afternoon of April 26, 1986.  The author narrates the debates inside the Commission that was set up to oversee the crisis.  He relates the personalities involved and their debates on how to respond and their final decision making, many of which were out of some sort of fantasy.  An excellent example apart from how to cool the reactor was whether they should evacuate the city of Pripyat and its 50,000 residents who were in danger of radiation exposure which took until April 27th to accomplish.  As the radioactive cloud blew over Scandinavia, Swedish, Finish, and Danish diplomats lodged complaints to Moscow once it was realized where the radiation originated resulting in the Soviet government stonewalling.  It would take until April 28th at 8:00pm for Moscow to come clean and announce that “an accident had taken place at the Chernobyl nuclear power plant.…One of the atomic reactors has been damaged.”  Soviet citizens were used to this type of response as it was a continuation of the way the state had covered industrial accidents for decades.

Higginbotham descriptions of helicopter pilots flying low dumping sand and boron on the reactor are harrowing.  The author’s approach as he carefully describes how officials, academics, scientists, fire fighters, guards, and others and what they went through is chilling, especially as he brings the reader to Hospital #6 in Moscow created to treat victims of nuclear accidents and war.  The ultimate fear was the “China Syndrome,” the further devastation that would occur if the reactor’s foundation exploded and nuclear material leaked into the earth.  Even though Moscow TV announced on May 11, 1986 that the primary threat of explosion was over, scientists remained skeptical.

The Central Committee of the Politburo decided against Gorbachev’s new policy of Glasnost and followed the traditional approach and blamed “bourgeois falsification….propaganda and inventions” as its immediate reaction, in addition to dishonesty and declining help from the west.  This approach would backfire in terms of containing the accident but also hindering Gorbachev’s hope of nuclear disarmament talks with the United States because how could one negotiate with someone who was so untrustworthy. 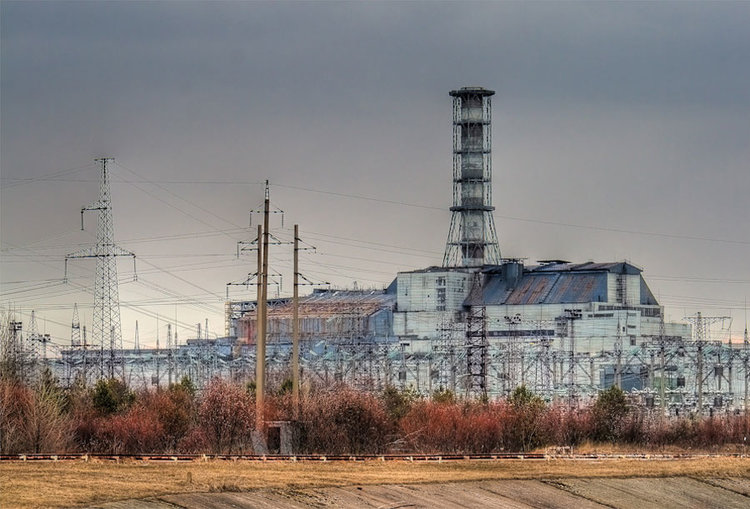 Higginbotham spends a great deal of time describing what the victims of the disaster experienced.  He follows the medical care that victims received and for far too many their ultimate deaths.  He recounts the bravery of so many who fought to contain the toxic results of the explosion, and countless men who returned to build the sarcophagus that was designed to seal reactor #4 for at least a hundred years.

The narrative of how the newly created refugees, numbering over 116,000 from the exclusion zone is told with sensitivity and insight into their future plight.  The scapegoating that dominated the investigation by Soviet authorities was appalling as was the propaganda machine that worked overtime to find blame and paint the accident in the best light as possible.  The stories are often poignant and provide a true picture of what can happen on a personal and societal level from a nuclear disaster.

Perhaps one of the most destructive results of Chernobyl was the beginning of the end of the Soviet Union.  Gorbachev realized that even his own nuclear bureaucracy was rotten to the “core” and as was most of the Soviet state.  The launching of perestroika opened debate among Soviet citizens that had been dormant, but slowly the issues of Afghanistan, drug addiction, the abortion epidemic, and the horrors of Stalinism emerged.  The Russian people began to realize that they had been lied to for decades and as Higginbotham successfully argues they “faced the realization that their leaders were corrupt and that the Communist dream was a sham.”

If wonders if a major nuclear accident could occur in the future remind yourself of Fukushima.  In 2011, the Tokyo Electric Power Company’s nuclear plant underwent a process identical to Chernobyl; the loss of coolant that provoked a meltdown.  As to what remains of Chernobyl itself, it is part of an “exclusion zone” of 1,000 square miles, a radioactive Eden for new wildlife and vegetation.  Higginbotham has done the public a favor by exposing the events of April-May 1986 and give us pause as to how we should approach nuclear power in the future.

(Remains of Chernobyl operations facility after the explosion)