After completing THE FORCE, the second installment of Don Winslow’s THE POWER OF THE DOG trilogy that encompasses the narco-drug world that resides in Mexico, but also a symbiotic relationship with areas of the United States, I looked forward to seeing how his fictional account with elements of fact would resolve itself.  The concluding volume, THE BORDER has just been released and it will not disappoint as it maintains Winslow’s breadth of knowledge of the purveyors of the drug trade, the intricacies of how it operates, the violent battles among the cartels, the relationship between the Mexican and American governments, and how corruption and death pass back and forth over the Mexico-United States border, themes that seem to overlay each chapter. 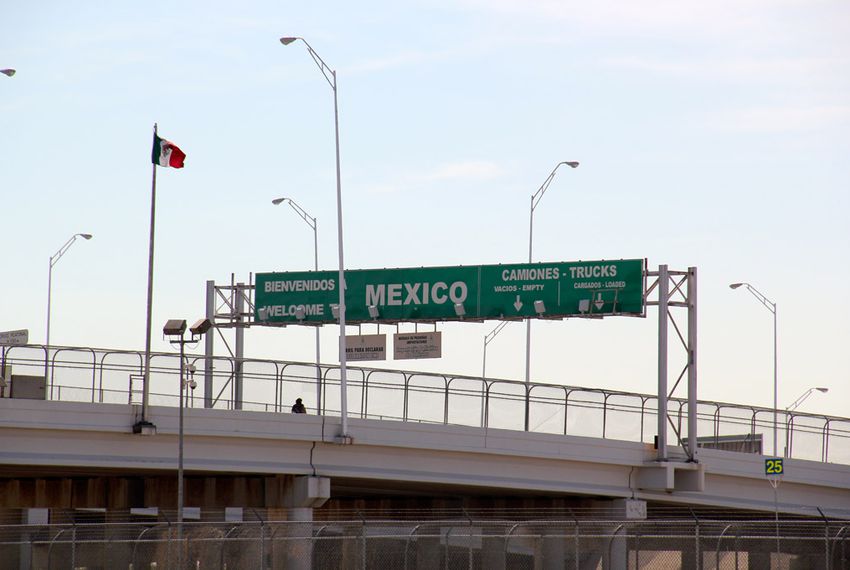 Art Keller is once again the main protagonist and he maintains his ability to make enemies among key characters in the cartels, as well as members of the American government whose job it is to create and enforce drug laws.  In THE FORCE Keller’s ability to create enemies reaches new heights as he manages to alienate his own Drug Enforcement Agency (DEA), the United States Senate, the Mexican drug cartels, and the President of the United States.  It seems Keller has triggered a scandal that results in an investigation that spreads from Mexican poppy fields to Wall Street, all the way to 1600 Pennsylvania Avenue.  Keller has been fighting the drug war for decades, but his focus was across the border in Mexico.  When he shifts his strategy the war on drugs will be impacted inside the United States as it rolls up several interesting individuals.

The key event takes place in Guatemala on November 1, 2012 at a supposed peace conference involved rival cartels, the Zeta and Sinaloa.  However, instead of peace it turns into a bloody shootout that results in the death of the Zeta leadership, and Adan Barrera, the head of the Sinaloa cartel, a man whose history with Keller goes back decades and as delineated in the first two books of the trilogy.  Barrera’s death cannot be confirmed for over a year, but once it conclusive the question that dominates Keller’s mindset is who will replace him, how that individual or individuals will carry on the cartel’s drug empire, and what are the implications for a drug trade with the United States that sees the volume of drugs arriving in the United States expanding, and the resulting explosion of deaths from drug overdoses. 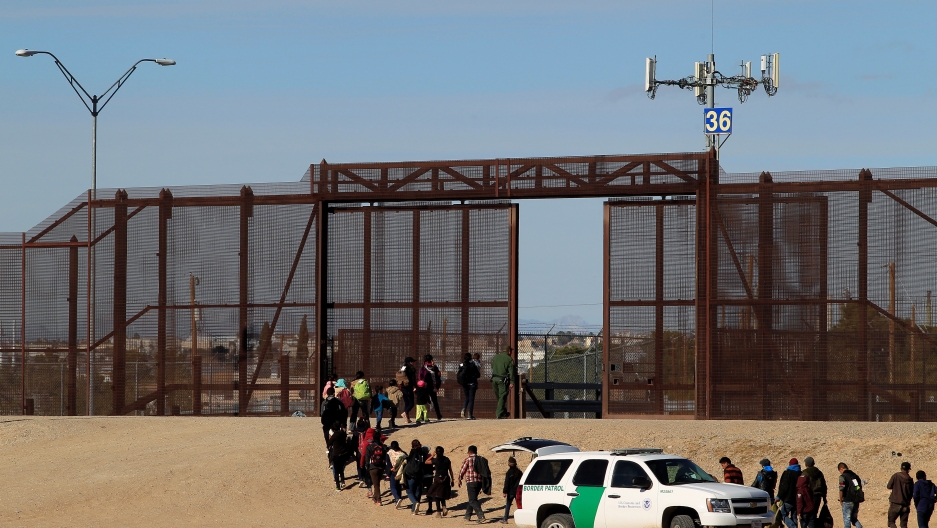 (The wall that separates El Paso and Juarez)

Keller’s imprint on the events in Guatemala are a well-kept secret, an operation that was rogue within American drug enforcement, though it had the President’s approval.  Keller, who will be appointed the head of the DEA because of the machinations of Texas Senator Ben O’Brien wants to radically change the DEA’s approach but he must deal with Washington’s bureaucracy, an assistant head of the DEA who opposes him and wants his job, and a presidential candidate for the 2016 election who wreaks of Donald Trump.  Further, the prison system in the United States  has a privatization component, therefore if policy is changed it could cost people in high places billions.  For years the American approach was to try and deal with the drug problem inside of Mexico.  Since the Mexican government was in bed with the cartels, with Washington’s pseudo cooperation, in order to maintain political stability, it is not surprising that the DEA and other agencies made little headway.  Keller’s new strategy is to focus on what was occurring inside the United States which leads to numerous roadblocks and an approach that had not really been implemented previously.

As in all of Winslow’s books there are layers to the overall story, and THE BORDER is no different.  Once the cartels decide to shift their export focus to heroin resulting in a major increase in drug related deaths Keller decides to do something to curtail demand in the United States and make it unprofitable for Americans involved in the trade.  The key for Keller is how does the cartel launders its drug money which leads Keller’s investigation to Wall Street.  Keller’s work is further complicated by the upcoming presidential election, an operation designated “Agitator” that calls for an undercover agent penetrating America’s finance system at a high level, and trying to implement much of his strategy in secret, away from elements in the DEA and other agencies who have a separate agenda from what Keller is trying to achieve. 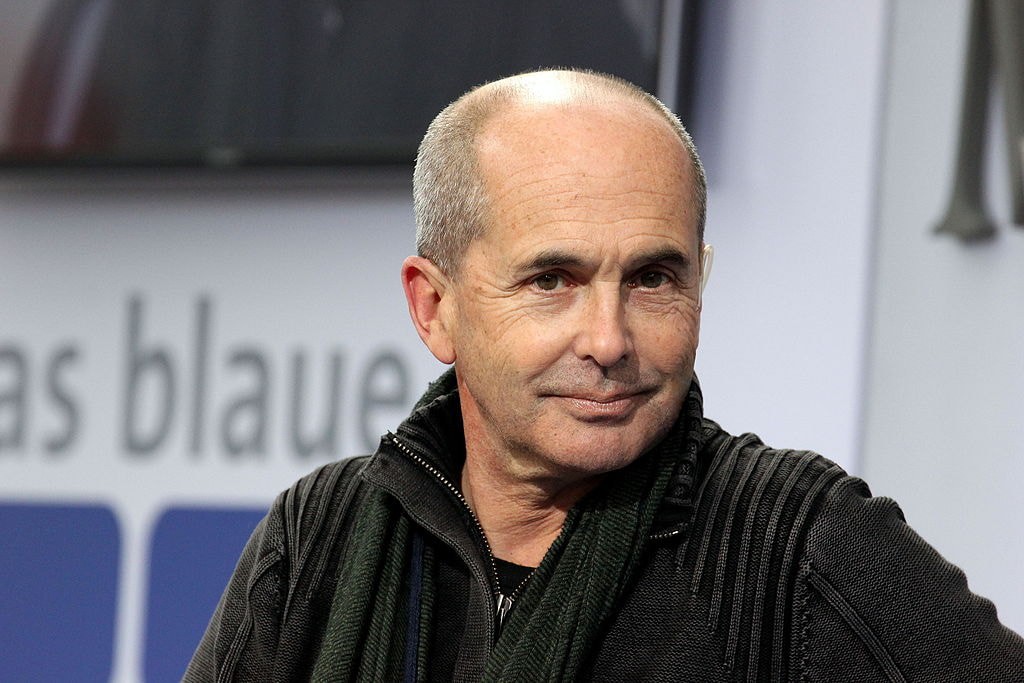 As Winslow unveils his diverse plot lines characters from previous books reappear, but he also creates new ones who have a major impact on the course of the novels.  First, Dr. Marisol Cisneros, badly wounded in a previous cartel attack and the love of Keller’s life; Ignacio Esparza, Barrera’s brother-in-law; Elena Sanchez Barrera, Adan’s sister; Sean Callan and his wife Nora, Sean a former hit man for Adan Barrera and Nora his mistress; Raphael Caro, a Sinaloa god father figure who wields a great deal of influence and other narco types from the two earlier books.  Next, we meet John Dennison, who might as well be Donald Trump, candidate for president; Jacob Lerner, the second coming of Jared Kushner who is Dennison’s son-in-law who has major real estate investment issues.  The cartel figures abound, Tito Ascension, known as El Mastin who at one time was head of Esparaza security and now heads the New Jalisco cartel; Belinda Vatos, La Fosfora, in charge of security for the Nunez faction of the Sinaloa cartel; Ricardo Nunez, the head of the Sinaloa cartel; “Little” Ric Nunez, Barrera’s godson who tries to step into his empty shoes; Damien Tapia and the Renterias brothers who also try to take advantage of Adan Barrera’s death; and Darius Darnell, a black ex-con who is trying to carve out his own nitch in the drug trade centered in New York.  Keller’s allies include; Hugo Hidalgo, the son of a murdered DEA agent and assistant to Keller; Brian Mullen and Bobby Cirello, NYPD detectives working on Operation Agitator; and Admiral Roberto Orduna, Mexican Special Forces, an ally of Keller.   Chandler Clairborne is a different type of character, white collar, a syndication broker for the Berkley Group, who has links to money laundering; and Denton Howard, assistant head of DEA who supports Dennison and wants Keller’s job, among many others who impact the story.

Winslow repeatedly brings out the inequities in the war on drugs and changes that are needed as a disproportionate number of poor Hispanics and African-Americans get ensnared by the mandatory minimums endemic to the legal system.  Winslow’s views are brought out through Keller’s appearance before a Senate Committee and other avenues.  The number one reason for the increase in the heroin trade that has reached epidemic proportions is the poverty in the United States that has moved from large urban areas to small towns and rural regions. Keller, a.ka. Winslow argues the real source of the opiate problem is on Wall Street.  Corporate America ships out shops overseas, closes factories, which destroys people’s hopes and dreams resulting in pain for significant numbers of Americans.  For Winslow what is the “difference between a hedge fund manager and a cartel boss?”

Winslow provides numerous descriptions and insights into the narco culture as he describes family life, education, funerals etc.  He takes the reader inside the US prison system and explains the daily existence of inmates  and the socio-economic hierarchy that exists and how the cartels are run from prison and how the narco types outside the prison influence what happens behind its walls.  Winslow creates characters like, Jacqui as an example of how a little girl grows up to be an addict, providing gruesome details of her acquisition of and use of drugs.  This is played out in Staten Island, NY, not Mexico.  He also creates the characters of Nico Ramirez and Flor, a nine and ten-year-old who escape Guatemala and make their way through Mexico to the US border.   The entire political culture of the cartel’s places Keller in a double bind situation.  The Sinaloa cartel is the key to the heroin trade.  If he destroys the trade the Pax Sinaloa for Mexico will end resulting in chaos and instability in the daily lives of Mexicans.  However, if he does not destroy the trade, the heroin epidemic in the United States will continue to explode.  Further the US bureaucracy is split on how to deal with the situation; the CIA and State Department collude with the Mexican government in dealing with the drug trade, while the DEA, Justice Department want to take the cartels down.

The back story that exists throughout the novel apart from Keller’s war against the cartels are the cartels themselves.  Once Adan Barrera is dead the wars to control the Mexican drug trade recommence and the results are brutal as individuals try to make a name for themselves, and others try to recapture reputations and territory that they had previously lost to Barrera’s cartel.

The degree of financial and moral depravity described by Winslow is beyond the pale.  The inroads of the cartels into American politics and power is how the author derives his title.  The financing of the drug trade was usually in Mexico, now it has crossed the border.  By reading Winslow’s trilogy, three books in quick succession made me feel I was partaking in a penetrating journey – a voyage to many dark places that produce horror, depravity, disgust, and shame.  But the trip is one of necessity as Winslow has educated the reader, and at the same time he has produced a narrative that is a compelling view of reality even though it is supposedly a work of fiction. 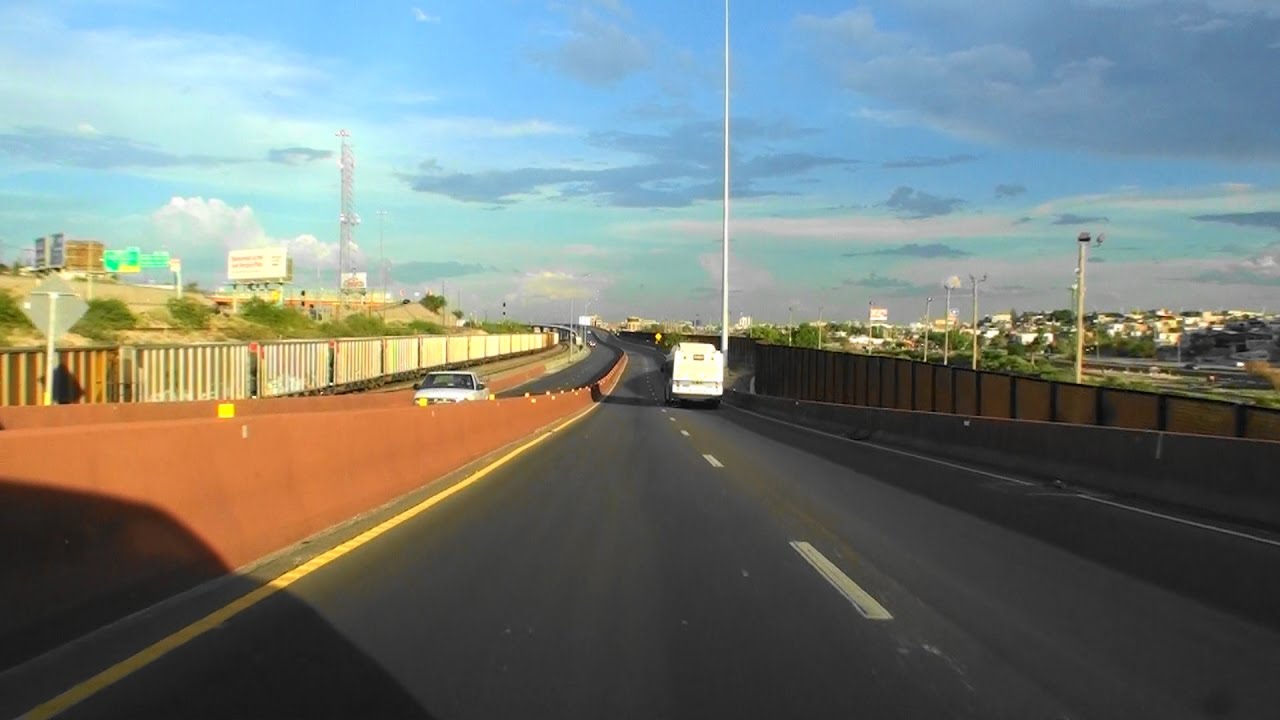