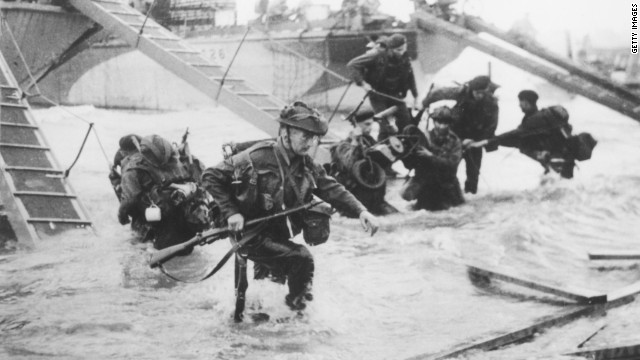 Anthony Beevor is a prolific historian.  His works include; STALINGRAD, THE BATTLE OF ARNHEM, ARDENNES 1944, THE FALL OF BERLIN, 1945, THE BATTLE FOR SPAIN, and CRETE, 1941.  His works have achieved critical acclaim by military historians and the general public and one of his earlier books, D-DAY: THE BATTLE FOR NORMANDY written in 2009 is very timely today.   On June 6th the celebration of the 75th anniversary of the invasion will be held on the northern French coast and after reading Beevor’s account of the allied crossing of the English Channel one has to marvel at the logistical achievement and the courage of allied soldiers as they would land on the Normandy beaches and face the brunt of the Nazi military machine.  Beevor, a former commissioned officer in the British Army’s account encompasses more than just the invasion of Normandy which is covered in half the narrative, but the author continues with the breakout from Normandy, the opposition to Hitler and the July 1944 attempt on his life, the closing of the Falaise Gap through the liberation of Paris.  There are many books on D-Day from Cornelius Ryan’s classic, THE LONGEST DAY, Max Hasting’s OVERLORD,  the works of John Keegan, Carlo D’Este, and Stephen Ambrose, and the latest book on the topic, Giles Milton’s SOLDIER, SAILOR, FROGMAN, SPY, AIRMAN, GANGSTER, KILL OR DIE: HOW THE ALLIES WON ON D DAY all of which Beevor’s effort compares quite nicely. 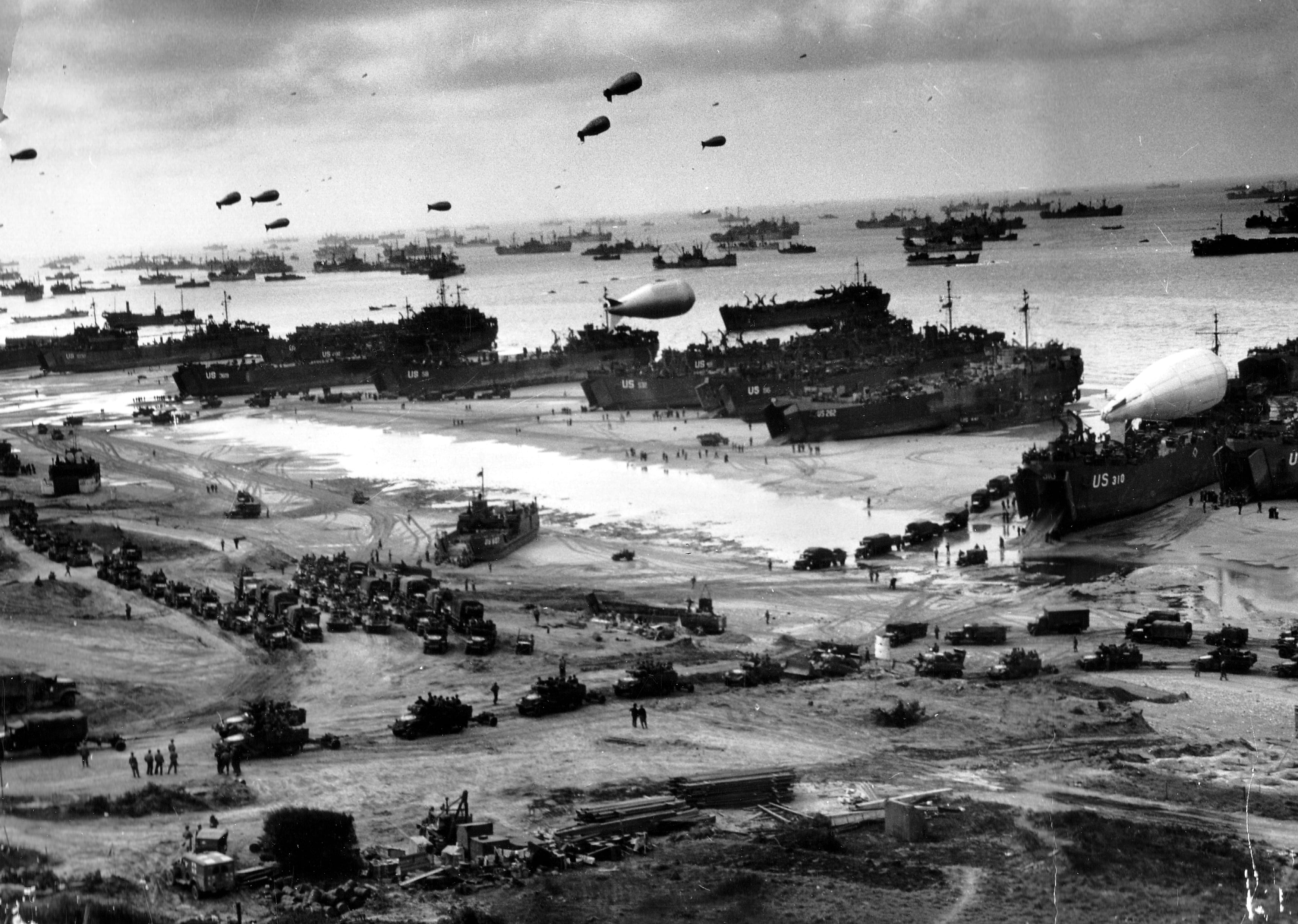 Beevor’s approach is quite simple; provide the reader with the experience of being a witness to the daily decision making by allied strategists, and to a lesser extent what the Germans were planning.  He takes the reader inside the thoughts of SHAEF Commander Dwight D. Eisenhower, Generals Omar T. Bradley, George S. Patton, Lt. General Sir Miles Dempsey, General Sir Bernard Montgomery, Field Marshall Sir Alan Brooke, among many others.  We are exposed to their opinions of each other as well as their approach to warfare.  There are many candid comments be it President Franklin D. Roosevelt’s and Eisenhower’s low opinion of French General Charles de Gaulle, or the views of American generals concerning the lack of progress due to Montgomery’s poor leadership.  Beevor’s comments are very insightful particularly labeling Montgomery as suffering from an Adlerian inferiority complex and his description of General Teddy Roosevelt, Jr. is priceless.

Beevor begins his narrative with a careful analysis of the allied approach to launching D Day.  Weather evaluation became the key to success and when it was not cooperative it caused a one-day postponement.  Later, Eisenhower would be extremely thankful when 110-mile winds buffeted parts of the French coast on June 19, lasting to the 22nd which caused massive destruction and incalculable damage to the beaches which had been transitioned to a supply base and center for further action.  The resulting delay hampered the evacuation of casualties, hindered air operations, but the allies would recover and take the key port of Cherbourg by June 26th.

The author is at his best when describing the preparation and resulting battlefield action.  His description of the preparation of the 82nd and 101st Airborne as they trained and were about to land behind German lines before the invasion commenced is fascinating.  Beevor focuses on the experience of soldiers in combat from facing German Panzer Tiger Tanks and 88 mm. artillery, actual paratroop jumps, the need to dig fox holes quickly, the “black humor” soldiers resorted to as a coping method, and the terrain they had to navigate, i.e.; the bocage or hedgerows that dominated the French landscape as allied troops broke out into the French countryside.  He concentrates on the obstacles that allied troops would face preparing for the landing as well as the fighting that resulted i.e., the weight of their packs and the amount of equipment that they carried.  For some over 100 pounds which made it difficult to wade in the Channel without drowning, jump out of airplanes, or marching to the next engagement with the Germans.

Beevor provides maps of the battlefield and statistics that make the reader in awe when thinking about what took place in June 1944.  Beevor’s intimate knowledge of daily occurrences reflects an inordinate amount of research from interviewing allied survivors of the war, immersing himself in the work of unit historians as battles took place, traveling to 12 countries and examining 30 archives, as well as consulting many primary and secondary materials.

Perhaps Beevor’s best chapters come early as he deals with what appear to be scenes from the film, “Saving Private Ryan” as he describes what occurred on Utah and Omaha Beaches.  Beevor provides numerous stories of bravery and fortitude as chaos reigned on Omaha Beach in particular; “a mass of junk, men, and materials,” as well as the damage inflicted by the proliferation of German land mines on the beaches.  His evaluations are extremely accurate as he states the British army was woefully unprepared for infantry-tank operations, and the poor preparation of the Germans which allowed the allies to remain on the beaches.  Beevor also spends a great deal of time dissecting the attempts to take the city of Caen and the final success in doing so.  He accurately points out that the initial failure to take the city created a rift between American and British commanders as it seemed they both had their own agendas.   Beevor’s evaluation of battlefield tactics are exceptional as well as the commanders involved.  He describes numerous lost opportunities on both sides pointing to the German ambush of British Cromwell tanks on June 14 at Hill 213 outside the village of Villars-Bocage.  In the end the RAF would flatten the village after earlier being greeted as liberators.

The key to success was American organization as within a week after D Day, Omaha Beach “resembled Coney Island on a hot Sunday.”  The Omaha Beach command was made up of 20,000 soldiers, the bulk of which were from the 5th and 6th Engineer Brigades.  But there were many problems that arose as the battles proceeded.  What to do with German POWS, shoot them or send them back to England?  How to transport casualties at the same time transporting POWS on the same LSTs.  What approach should be taken to thwart Hitler’s savior, the V-1 rockets as they began to reign on London and the English shore line?  How should commanders deal with combat exhaustion, more commonly known today as shock or PTSD?  What allowances should be made because of troop shortages and the lack of training of replacements? 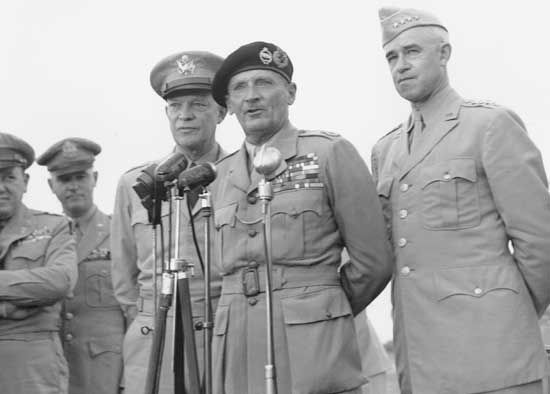 Beevor is very concerned with the humanitarian aspects of the war.  The death of French civilians due to allied bombing is well covered as is the French resentment against the British who they blamed for most of the Allied bombing errors.  As Beevor points out the French villagers paid a hefty price for their liberation.  Speaking of bombing errors, Beevor recounts more incidents than I was aware of pertaining to allied friendly fire.  Be it American, British, Canadian, Polish or French soldiers they all paid a hefty price for pilot or intelligence errors throughout Beevor’s narrative. 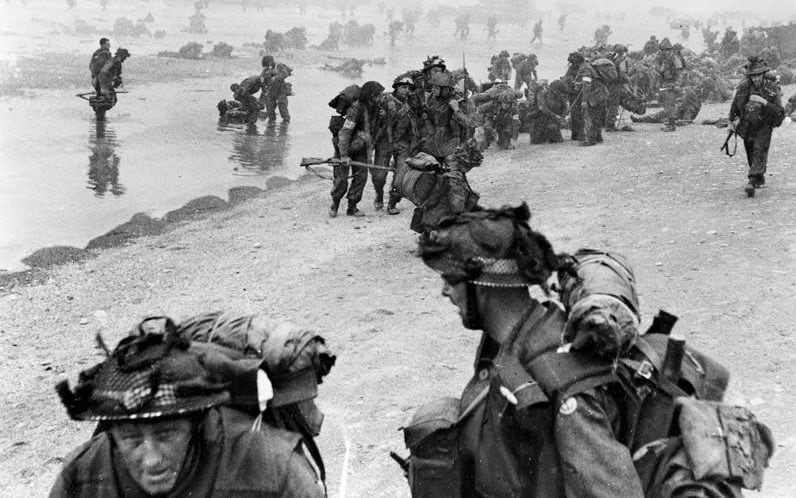 The German high command receives a thrashing from Beevor as he points out that they did not have a central command in France at the time of D Day.  They relied on a ridiculous system of sharing command between General Field Marshall Edwin Rommel and General Field Marshall Gerd von Rundstedt.  Hitler’s over reliance on his “Atlantic Wall” is covered in detail and his micro managing that only impeded the German war effort.  The frustration would boil over after Rundstedt is relieved of his command and a group of officers realize they are losing the war resulting in the July 20, 1944 assassination attempt of the Fuhrer.  Amazingly 20% of German forces in France in 1944 were made up of non-Germans, mostly Poles and Russians.

Beevor should be commended for showing his readers the heroism of the Soviet Army.  What the Russian people and soldiers experienced on the eastern front was horrendous, but Beevor is correct in arguing that Soviet propaganda put out by Stalin that Normandy was a side show to events in the east was wrong.  The battle for Normandy was comparable in its intensity to the fighting on the eastern front.  The Germans would suffer over 250,000 casualties during the 90 days of summer in 1944 and lost another 200,000 as POWS captured at a rate higher than on the eastern front.

The last third of the book is spent on the rush to liberate Paris, which was not part of the original D Day plan.  Bevor takes the reader through a series of operations and what stands out is German doggedness, particularly the Waffen-SS’s refusal to make life for allied soldiers any easier and the vengeance they meted out to French civilians, Resistance fighters, and Jews.  Another aspect that dominates is Montgomery’s constant attempts to assuage his own ego by launching and/or suggesting certain operations which would be counterproductive.  Another final component deals with internal French issues be it how collaborators were treated, De Gaulle’s battle with the Communists and the role of the Resistance.  Beevor joins Max Hastings as producing one of the most thorough accounts of D-Day and it should be read by anyone seeking the experience of what occurred, the personalities involved, and its effect on civilians caught in the cauldron of total war. 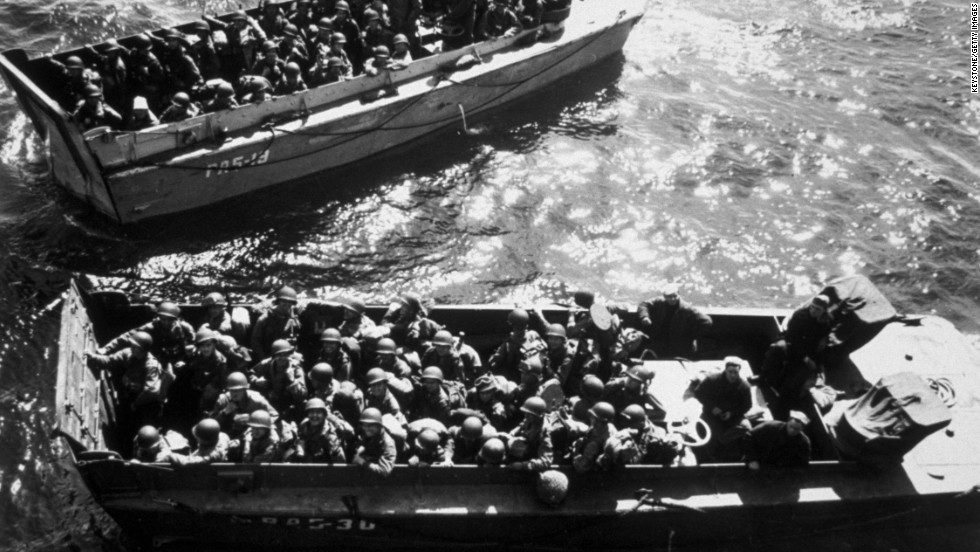