A few days ago, I was perusing the isles of one of my favorite bookstores and came across the works of William Kent Krueger.  I read a number of book jackets which piqued my interest in his main character Corcoran (“Cork”) O’Conner, the former sheriff of Tamarack County, MN.  Krueger has written seventeen novels involving “Cork” and I decided it would be best to start at the beginning with his first installment, IRON LAKE.  In thinking about Krueger’s work the names of James Lee Burke, Henning Mankell, and Craig Johnson all come to mind.

We are introduced to Cork’s family at the outset.  Three children, Jenny, a precocious fourteen-year-old, Steven, five years old, eleven-year-old Annie, and his wife Nancy Jo.  Cork is concerned about his children as he and Nancy Jo, a powerful lawyer in Aurora, MN have separated, and he is trying to keep the family together.  The core of the plot begins to unfold immediately as the local paper boy Paul LeBeau finds the body of Judge Robert Parrant in his home when delivering the daily paper after hearing an explosion.   Cork is contacted by Paul’s mother Darla as Paul has gone missing.  The problem is that Cork is no longer sheriff, but many townspeople turn to him when they have problems.

In a town like Aurora, population 3752 this type of incident is rare and exceptionally disturbing.  For Cork, who is part Irish, and Anishinaabe Indian who was once a cop on the dangerous southside of Chicago horrible crimes are nothing new. The death of the judge and the missing boy will lead Cork on a path of discovery that will hit very close to home.  Darla believes her son has been kidnapped by her husband, Joe Johns who has experienced many bad breaks in the past and has turned to alcohol.

Krueger develops the backgrounds of his characters very slowly.  Once completed, the insights into each character, allows the reader to understand why people act as they do.  In the case of Cork, it goes back to the death of his father at the age of fourteen when Sam Winter Moon takes him under his wing.  Fast forwarding to the period when he was sheriff, we find ourselves in the midst of conflict between the Anishinaabe Indians and local resort owners on Iron Lake which falls in part on the Indian reservation.  During a demonstration dealing with control of the lake Cork is confronted by a demonstrator who he is forced to shoot leading to a recall election that costs Cork his job.  The recall was pushed by Judge Parrant.    Later Cork is haunted by the fact that he may have over reacted, but he is cleared of any wrongdoing.  Other background that Krueger provides deals with  the development of a casino on the reservation and other financial opportunities for the white community as well as Native-Americans.  Krueger does an exceptional job seamlessly integrating the past, which include Native-American myths, and questionable financial activities.

Krueger develops a fascinating group of characters that dominate the story.  Tom Griffin, a priest who is known for his ancient motorcycle and snowmobile has the nickname of “St. Kawasaki.”  Wanda Manydeeds is a tough woman who runs a shelter on the Iron Lake reservation and in the past was part of the American Indian Movement and is the sister of Joe Johns.  Sam Winter Moon, Cork’s father’s closest friend and is steeped in Native-American myth and culture.  Molly Nurmi, Cork’s friend and waitress at Johnny’s Pinewood Broiler.  Helmuth Hanover lost a leg in Vietnam and is a pugnacious newspaper editor at the Aurora Sentinel.  Sandy Parrant, the judge’s son, a developer, politician, and a man not to trust.  Henry Meloux, the Anishinaabe medicine man.  Wally Schanno, the new sheriff.  Harlan Lytton, an unstable man who lived in the woods with his dog Jack the Ripper.  There are other important characters particularly as they relate to the Minnesota Civilian Brigade, a militia that has its own agenda.

As the plot plays out Cork is confronted by a number of personal issues, and his life begins to deteriorate, but a number of murders recenters his outlook and he wonders why they all seem to lead back to him.  The murders appear disparate but the key to the novel is how Krueger ties them all together including old Native-American myths.

The book is an enjoyable read that captures the readers attention from the outset.  Krueger has the ability to draw emotional responses from the reader as they become immersed in each character.  For me it is obvious the respect that Krueger holds for Native-Americans and the landscape of Northern Minnesota which provides a wonderful setting for the novel.  Lastly, I was unable to put it down, and cannot wait to begin the second iteration of Cork O’Conner, BOUNDARY WATERS. 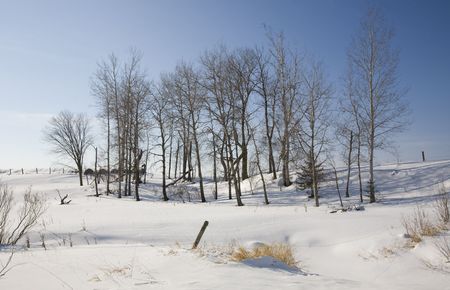