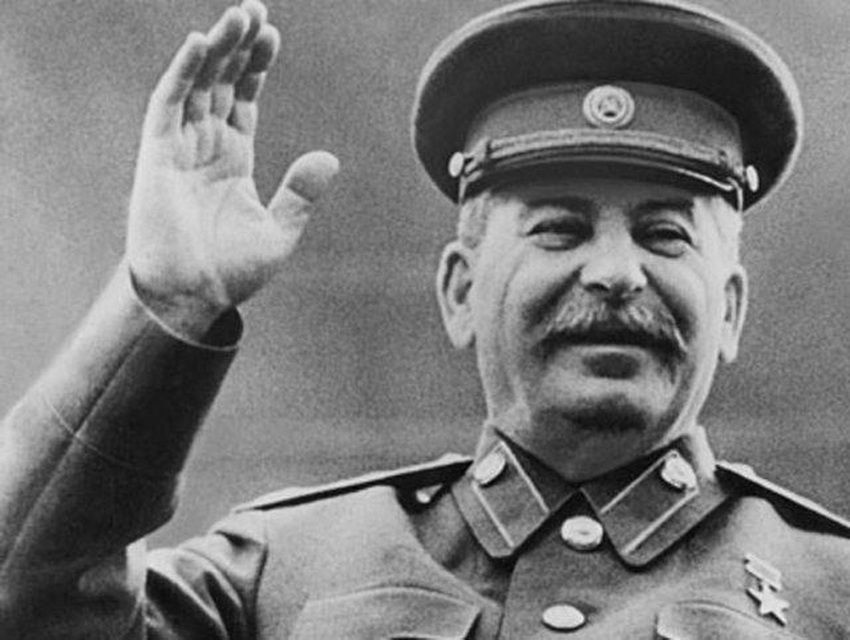 In her first book, THE SPY WHO CHANGED HISTORY: THE UNTOLD STORY OF HOW THE SOVIET UNION WON THE RACE FOR AMERICA’S TOP SECRETS Svetlana Lokhova argues that in the early 1930s Joseph Stalin came to the realization that if the Soviet Union was to survive drastic measures needed to be taken to improve the state of Soviet technology visa vie the west.  The Russian dictator stated that “We are fifty or a hundred years behind the advanced countries.  We must catch up in ten years.  Either we do it, or they will crush us.”  Stalin feared that large numbers of enemy aircraft could easily release poisonous gases over Soviet territory resulting in the death of millions.  The Soviet dictator’s solution was multifaceted; starve millions of peasants to death through collectivization to acquire hard currency to assist in Russia’s industrialization, show trials/purges/murder of those who opposed him, and the institution of a spy system that could steal secrets from the west, the United States in particular.  Lokhova chooses to focus on the last component of Stalin’s strategy by dispatching two intelligence officers, one an aviation specialist, the other a chemical specialist to attend the Massachusetts Institute of Technology (MIT) to acquire aeronautics, chemical research and other relevant information and bring it back to the Soviet Union.

In her book, Lokhova makes the case that the success of this mission allowed the NKVD (later morphed into the KGB) to develop a dependable source of western technology, particularly in aviation that would allow it to defend the Soviet Union from its enemies and eventually defeat Nazi Germany.  This operation would form the basis of later espionage against the United States that would allow Moscow to reach an equilibrium with Washington as both sides would develop a process that some refer to as “mutual assured destruction” or MAD.  As this process unfolds Lokhova points out that the United States became the source of a great deal of nuclear technology that fueled both sides of the nuclear arms race. 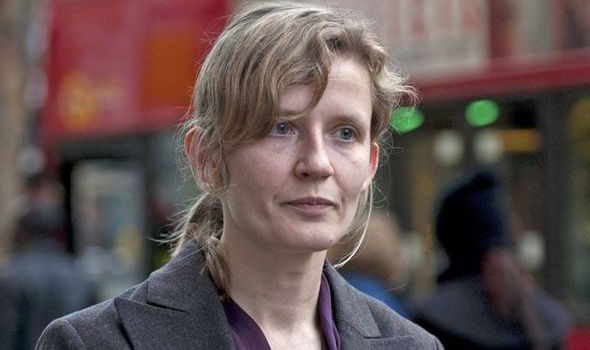 According to Lokhova the Soviets’ long science and technology (S & T) mission remained a secret for over eighty years as both sides in the arms race decided to maintain their secrets.  Relying on previously undiscovered Soviet-era documents among many sources Lokhova tells her story through its first spy, Stanislav Shumovsky, the network of agents he created, the contacts in American aviation industry, in addition to other spies and important figures in the Soviet aviation community.

The author offers a brief biography of each of the characters she develops focusing most of her attention on Shumovsky whose family had been uprooted during World War I from their Polish home and moved to Kharkov located in southern Ukraine.  He completed five years of secondary education and was a gifted linguist that eventually included English.  He was an excellent math and science student and after witnessing the plight of Russian workers and peasant joined the Red Army at the age of sixteen.  Lokhova describes the Russian Revolution and the bloody Civil War that followed and its impact on Shumovsky creating the perfect candidate to enter the intelligence field.  His mission was to attend MIT and digest a technical education that would assist him in developing a network of sources and spies that would provide the data that he sought.  His success was beyond anything his handlers could imagine.  He would build a network of contacts and agents in factories and research institutions across the United States  According to Lokhova he would mastermind the systematic acquisition of every aviation secret American industry had to offer.  He worked with top aircraft designers and test pilots and the information he provided to men like Andrey Tupolev, an expert in reverse engineering, the Soviets were able to copy and create their own version of American planes, weapons, and other technological achievements including later, the atomic bomb.

Lokhova does a nice job explaining how and why the United States became the target of Russian industrial espionage. American corporations had mastered, at first, under the tutelage of Henry Ford the model of mass production, and the country itself was urbanized with a high standard of living.  Stalin and Felix Dzerzhinsky, the Soviet Intelligence Chief and Chairman of the Supreme Economic Council believed that the United States was the world’s leading technological innovator and a role model that should be targeted.  As it became clear that the Soviet Union could not industrialize with heavy industry without foreign expertise, and later the looming threat of Nazi Germany and Japan, Moscow had to obtain technology by stealing it.  Dzerzhinsky would die in 1926, but the die was cast for Stalin to manipulate the United States for Soviet technological needs.

The most interesting aspect of this process Lokhova points out is that most Americans have no clue the important role the United States played in Russian industrialization.  The author is extremely thorough in explaining the development of foreign operations by the NKVD and the role of Artur Artuzov.  In 1931, 75 Russian students arrived in the United States to attend elite universities; their vocations were varied including specially trained spies.  The largest percentage of students would attend MIT with Shumovsky.  Stalin’s goal was to emulate and surpass the United States, but to achieve this he needed educated engineers who would become Soviet societal leaders.  To achieve his goal the American education model would be copied. 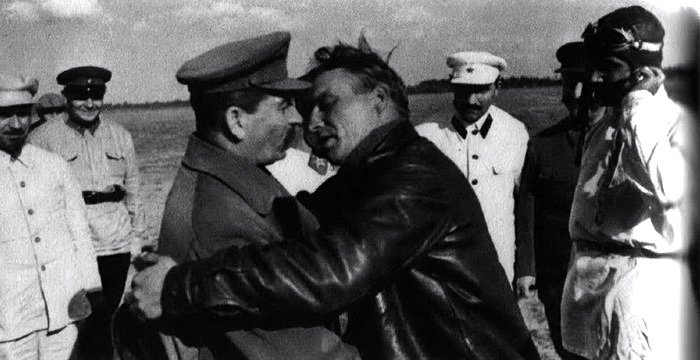 Shumovsky’s story reads like an early episode from the television series, “The Americans.”  Easily fitting into American society, he oversaw the education and acculturation of his cohorts to life away from Russia.  They would blend into American society targeting young, idealistic, and naïve Americans at universities and corporations.  At MIT, Shumovsky was able to develop the industrial contacts in performing his mission – a camaraderie of scientists that allowed him to build his network. He would spot classmates like Norman Leslie Haight, a radio engineer whose specialty was bomb sights who would remain a Soviet source for decades.

Lokhova concentrates her story on Shumovsky, but she also introduces a number of intriguing characters like Ivan “Diesel” Trashutin, who attended MIT and studied diesel engineering who contributed more to the Soviet victory in WWII than any MIT alumnus, with designs for T-34 and T-72 tanks.  His task was facilitated when Stalin dismantled Soviet factories and moved them east of the Urals after the Nazis attacked in June 1941, resulting in tanks that would power the Soviet Army to victory in Berlin.  Other important individuals include Mikhail Cherniavsky, a chemical engineer and intelligence officer, who was a Trotskyite linked to trying to assassinate Stalin.  Ray Epstein Bennett, a Jewish socialist recruited to spy for the Soviet Directorate served in Shanghai, Afghanistan, and would become the tutor for MIT students – a Pygmalion Project.  Gaik Ovakimian, who the FBI labeled the “Wily Armenian,” acquired plans for the Atomic Bomb and the B-29 Super Fortress.  Lastly, Semyon Semyonov, another MIT student who Shumovsky mentored discovered which scientists were working on the Manhattan Project and managed to establish firm contacts with physicists close to Oppenheimer, among a number of others.

The author does an exceptional job explaining the process of Soviet recruitment and the infrastructure of how it was implemented.  By the mid-1930s with the rise and threat of Nazi Germany recruitment was ramped up leading to the recruitment of Brooklyn College chemistry professor William Malisoff who brought Julius and Ethel Rosenberg into the fold.  Once Franklin D. Roosevelt recognized the Soviet Union new avenues for intelligence gathering were created with what appears to be American cooperation as information was seized “in plain sight,” and relayed back to Moscow.   American naivete was apparent as the US embassy in the Soviet capitol had little or no security for decades and Stalin’s minions exploited the situation.

For Shumovsky, traditional spy operations were not enough to accomplish his mission.  The Soviet spy had an innate sense of how to create publicity and use it as a vehicle to improve American-Soviet relations which would lead to greater access to American corporations and their technology, i.e., Curtiss-Wright Aircraft, the largest company of its kind in the United States.  This would prove to be an effective strategy by ingratiating himself with aviation executives and engineers to obtain plans, research, and actual models.  A good example of how this played out was the flight of the Soviet ANT 25 over the North Pole with three pilots landing on the US Pacific Coast.  The three pilots would become heroes much like astronauts in the 1960s and 70s and were given access to practically any process or research they were interested in.

Lokhova’s approach is captivating as she draws out her story with the reader wondering how in detail the Russians accomplished their heists.  She answers this question and at times the narrative reads like a spy novel.  If there is a criticism of her work, it is at times her opinions do not necessarily match the historical record.  For example, she argues that the Great Purges of 1937 instituted by Stalin were caused by the Fascist victory in Spain.  According to Robert Conquest, a British historian and others the major reason was Stalin needed to blame individuals for the horrific results of collectivization that resulted in the starvation of millions and the need to protect himself from any opposition to his leadership. 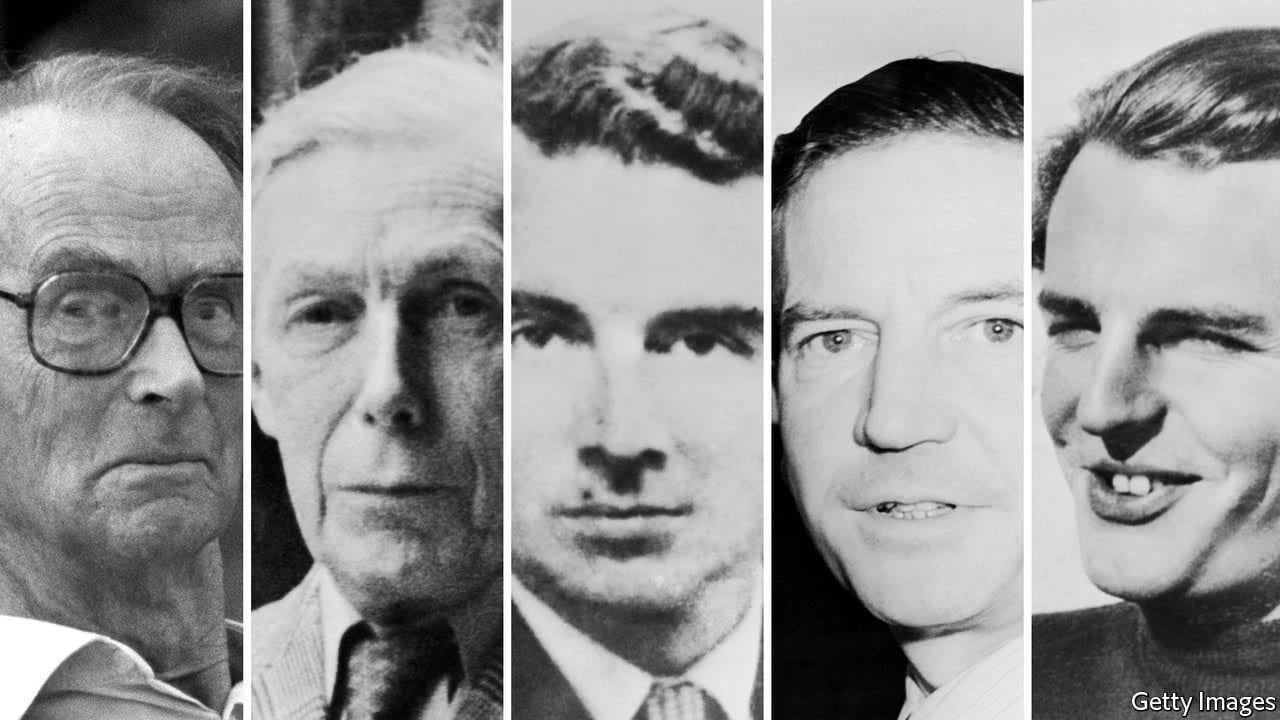 The advent of World War II brought about certain difficulties for Soviet intelligence.  The need for American planes in the Pacific after Pearl Harbor produced only leftovers for Moscow.  The upswing in the US economy because of the war left fewer targets to recruit.  Washington finally became security conscious.  The war resulted in in a dramatic increase in American patriotism.  Despite these difficulties, the Soviet Union was able to penetrate American and British security over the Manhattan Project employing the Cambridge Five in England, and the network and followers of Shumovsky to gather the necessary information, research, and plans for the atomic bomb.

According to Lokhova, Shumovsky’s success was his ability to adapt his methods to the changing circumstances and used America’s strengths and weaknesses and turn them to his advantage.  He was a talented student, a representative of a major aviation customer, and a skilled military advisor, skills which contributed to his success.  His successors would use his methods, and their contacts in the scientific community and factories brought the Soviet Union valuable intelligence on America’s developments in jets, rockets, and the atomic bomb.  It is fascinating that his accomplishments were pretty much conducted in “plain sight.”

Overall, Lokhova has written a fascinating account of Russian espionage and the role the United States played in the eventual success of the Soviet Union which would lead to the Cold War and the nuclear balance of power.  According to Frances Wilson in her Daily Telegraph review of June 24, 2018 entitled “The Spy who came into the lab – How the Soviets infiltrated MIT” it is interesting that certain elements in the Russian government tried to harass and discredit her to the point she was falsely accused  on “social media of being a Russian spy and of setting a ‘honey trap’ for Donald Trump’s former National Security advisor, General Michael Flynn.”  Despite the pressure she has been able to produce a groundbreaking account of Soviet espionage in the 1930s and 40s.  This is a remarkable book about amazing people and what is most astonishing is that our perception of the center of 20th century espionage has shifted “from Cambridge, England, to Cambridge Massachusetts.”