The term chutzpah can be interpreted in only one way – a great deal of nerve or other words I cannot use!  In the present case it is the perfect description of Speaker of the House Nancy Pelosi particularly following the completion of Donald Trump’s State of the Union message last January when she ripped up the speech as it was riddled with lies in front of an audience of millions of Americans.  Opponents of Pelosi castigated her actions, but they forget it was preceded by Trump’s refusal to engage in the traditional handshake with the Speaker before the speech.  Why did Pelosi react in such a manner?  The answer to this question is imbedded   in who she is as a person and a professional and forms the core of Molly Ball’s new book, PELOSI.

Ball’s crisp writing style makes PELOSI an easy biography to read as in part Pelosi missed the woman’s movement of the early 1960s as she married and raised five children.  She would be considered the “almost picture perfect” mother as she trained her brood with Catholic family values as each child was given certain tasks and responsibilities within the family.  Once her children were of school age, we see the beginning of a career that begins with fund raising from her home.  Ball points out that the seminal moment in Pelosi’s career came when San Francisco Mayor Joseph Alioto placed her on the city’s Library Commission which exposed her to the give and take of local politics.

Ball carefully traces Pelosi’s rise from a housewife to a congressional victory in 1986 highlighting two skills that remain her strengths to this day, fund raising and organizational acumen.  Ball describes Pelosi as “ballsy, confrontational, even bitchy.”  Further Ball states that once Pelosi was freed from family responsibilities at age forty-seven, she pursued her congressional work with “a maniacal level of energy.”  Ball provides a window into the Congressional process upon Pelosi’s arrival, especially the denigration of women and her role in altering traditional male views of women who served in Congress.  The white male power structure dominated Congress epitomized by conservative Democratic  Pennsylvania Representative John “Jack” Murtha.  On the surface it would appear that the “San Francisco liberal” and the hard-nosed Vietnam veteran would have little in common.  But as Ball effectively develops their relationship it is clear that without Murtha’s mentorship and support Pelosi’s career may have taken a different path.

Pelosi was a tenacious legislator and supporter of human rights as was evident in her view of China after Tiananmen Square.  She was always skeptical about trusting President Clinton and when she tried to tie China’s human rights policies to most favored nation trading status, she thought she had Clinton’s support.  When Clinton sold her out, she screamed “corporate sellout,” and never trusted Clinton again.

Ball is dead on in zeroing in on Newt Gingrich and his responsibility in creating the toxicity that exists in politics today.  Gingrich’s goal was to block any legislative successes for Clinton and interjected words like, “sick, pathetic, liars, anti-flag, traitors, radicals, corrupt to describe Democrats.  When Republicans decided to demonize Pelosi, her response was “I’m shaking in my boots, that is so pathetic, tell them, C’Mon.”  She proved to the Republican leadership that unlike Richard Gephardt, the congressman Pelosi replaced as House Democratic Leader that she was no pushover and Speaker of the House Dennis Hastert found her inflexibility and hyperattention to detail galling.  Pelosi’s approach throughout her career no matter what position she held in the House was to out work and know more about legislation, her caucus, and any other aspect of her work than any of her colleagues – making her indispensable for any legislative success, Democratic or Republican.  She would take advantage of GOP policy failures be it Bush’s invasion of Iraq and its failures, the Katrina debacle, or Bush’s attempts to privatize Social Security. 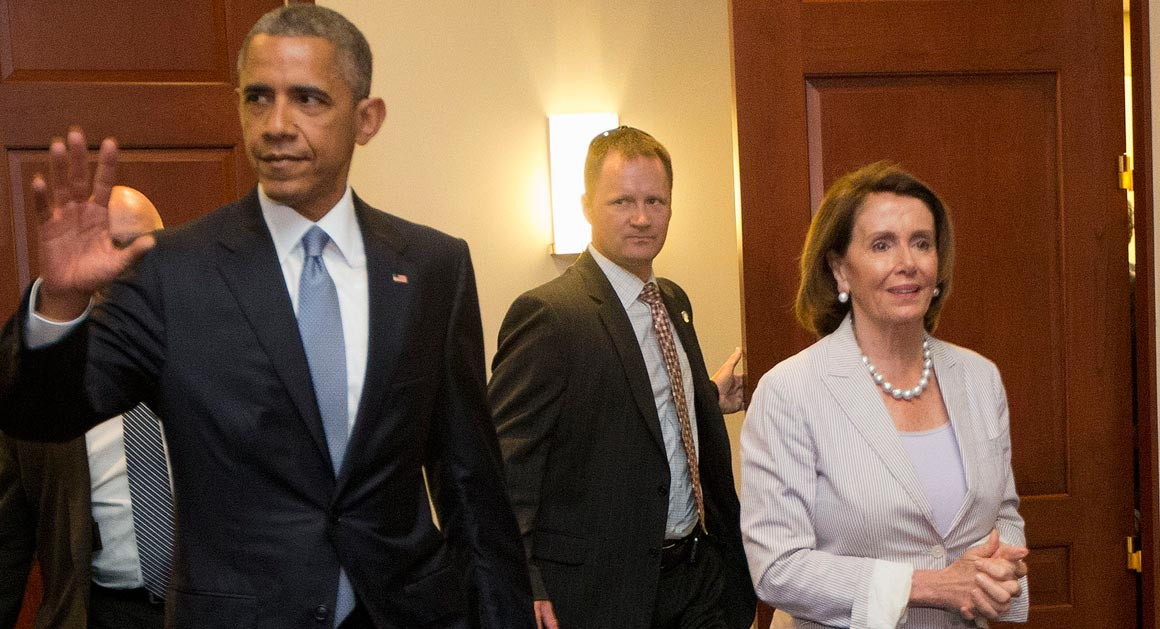 Ball encapsulates Pelosi by quoting her, “I get up, eat nails for breakfast, put on a suit of armor and go into battle.”  Ball states that the suit of armor she created, an extreme and steely toughness that dismissed any hint of vulnerability, would keep her safe.”  She would reign in Bush after the 2006 election after six years of being run over by the GOP and by 2008 when she became Speaker one would have thought working with a new administration would produce a collegial relationship, but it did not.

In perhaps her best chapters Ball explores the Pelosi-Obama dynamic which was not very smooth in large part because Obama always sought consensus and believed he could always peel off a segment of GOP support, whereas Pelosi had learned not to trust the GOP leadership and its right wing caucus and all she cared about was winning and delivering on what she believed to be the policies that a majority of Americans wanted.  She tried to educate Obama whose “intellectual arrogance” and the attitude of many in his administration won out.  The Obama people came to believe that Pelosi at times was more of a hinderance than an asset.  Republicans would demonize both, but more so Pelosi over the Affordable Health Care Act, Climate legislations, stimulus, or a grand bargain than the president.  From Obama’s perspective she gave him cover.

Ball does an excellent job taking the reader inside negotiations to solve America’s problems.  Her reporting concerning Pelosi’s attempts to achieve a withdrawal date from Iraq, or the TARP bill to deal with the 2008 economic meltdown are two cases in point.  In both instances Pelosi exhibited her tenacity, control over her caucus (which the GOP could never master), and legislative dexterity to achieve her goals. Ball provides a perceptive analysis how Republicans were able to play Obama, who did not follow Pelosi’s warnings in legislative battles, particularly health care and taxes.  As Ball points out, you only get one chance to make a first impression and Obama blew it with his stimulus package, a pattern that would continue throughout his administration particularly after the 2010 congressional shellacking which the GOP learned to block everything they could and give Obama no legislative victories. Despite losing 63 seats, Pelosi rededicated herself and became more tenacious than ever.

(Nancy Pelosi and her family)

Overall, Pelosi is a practitioner of retail politics learned at the feet of her father who was Mayor of Baltimore and later a Congressman.  She is superb at arm twisting, raising money, and knowing when and how to cut a deal even if it means angering members of her caucus.  But despite rubbing certain members the wrong way even females over aspects of abortion she has earned the respect from most of her opponents.

Donald Trump is the perfect adversary for Pelosi.  He is a narcissist, thoughtless, uninterested in issues or its details with no sense of tactics or strategy.  He may have been a reality TV star, but Pelosi presents a different type of reality the “avatar of a feminist political future.”  Ball quotes Amy Klobuchar’s famous observation:  “If you think a woman can’t beat Trump, Nancy Pelosi does it every single day.”  Ball’s presentation of the Pelosi-Trump relationship is clear and pulls no punches as she discusses their hostility toward each other even though some of it has been papered over as Pelosi held back her caucus during the Mueller investigation until the Ukraine matter led her to finally support impeachment.

As we confront the Coronavirus and seem stalled at any further stimulus money for the states., hospitals, and PPE, it would be interesting to see what would happen if traditional retail politics could be employed instead of Mitch McConnell’s refusal to engage in anything meaningful other than securing lifetime conservative judges.  Ball’s work is based on her excellent reporting and interviews and despite a bit of hagiography the book is an interesting personality and political study that is a fascinating read.