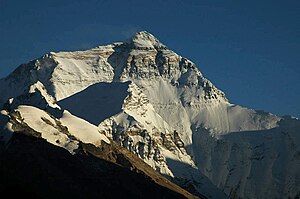 The events of the last few months have created a degree of escapism that I could never have foreseen.  What was required was a novel that would take hold of my mind and carry me off to another place and absorb my emotions and attention.  The void has been filled by Justin Go’s first novel, THE STEADY RUNNING OF THE HOUR, a story that is set during World War I and its aftermath and the period surrounding 2004.  It is an absorbing and provocative story that parallels two men who are chasing life’s cruelty and happiness.  Go does this by alternating chapters involving the two periods and focuses on a love affair that seems to have gone wrong for no apparent reason and a search for the roots of that love eighty years later as one of the author’s narrators tries to uncover what has gone wrong and how it will impact his future.  These men are not related but they each face similar feelings and choices.

The story begins in an intriguing fashion as Tristan Campbell, recently graduated from college with a degree in history and thinking about graduate school receives a letter from James Prichard a London solicitor.  It seems that an estate that dates to 1924 has not been settled and he might be the heir.  Campbell flies to London to learn the details and what is expected of him.  It seems that Ashley Willingham who in 1913 at the age of seventeen inherited an enormous estate from his uncle George Ridley.  Willingham who was adrift until he met Imogen Soames-Andersson spending a week with her falling deeply in love years later tells Mr. Prichard to alter his will seven days before he joins the British expedition that will climb Mount Everest.  The link between Willingham and Campbell is that Imogen’s sister is Campbell’s great grandmother.  The problem for Campbell is that he only has two months’ time to establish the link between his grandmother Charlotte Grafton who is possibly the daughter of Willingham and Imogen with himself.  If he is able to do, he will inherit a large fortune.

Willingham is quite a character.  He and Imogen, who is charming and rebellious, the model of the post-Edwardian woman meet and fall in love a week before his departure.  Once he crosses into France he is reported to have been killed at the Battle of the Somme, but days later he turns up alive recuperating in a French hospital.  Imogen rushes to his side, something happens, and she disappears.  Willingham is also an excellent mountain climber and he is chosen to be part of the Third British Expeditionary group that will try and climb Mount Everest. The attempt is made in 1924, but Willingham perishes.  For Campbell proof that Charlotte was Willingham and Imogen’s child is rather sketchy and because of the limitations of the estate’s trust  he must present sound documentation to qualify for the inheritance.  Go takes Campbell on a dramatic chase to find evidence of his lineage encompassing travels to London, Paris Stockholm, the Swedish and French countryside, Berlin, and across Iceland.  In doing so Campbell meets Mireille in a Parisian bar and begins to fall in love.

At the outset Go has created so many characters from different time periods it can become a bit confusing.  Perhaps a fictional family tree might be warranted.  However, once you digest who is who and what role they play in the story you will become hooked and not want to put the book down as Go develops the love affair of the Bohemian Imogen and Ashley who is drawn to adventure.  Go sends Campbell on somewhat of a wild goose chase to procure the evidence he needs.  In exploring the relationship amongst his primary characters Go delves into the barbarity of war, Post Traumatic Stress disorder, and the human need for companionship, love, and excitement.  Numerous examples pervade the story including the depravity of unleashing British soldiers into a no man’s land and their deaths.  The letters between Ashley and Imogen describing their needs which should be enough for their relationship to endure, and  Campbell’s confusion about life and what he hopes to accomplish dominate the story line.

Go lays out many choices for his characters, a number of which are filled with irony as Willingham survives the Battle of the Somme and the remainder of the war only to die climbing Mount Everest – one might wonder if he suffered from a death wish.  The attraction and pull of Everest in all of its awe is clear throughout Willingham’s dialogue and letters.  Will conquering Everest allow him to recapture Imogen’s love?  Go has the ability to maintain a state of tension even if the outcome is already known.  He also has the ability to bring two historical periods together and mesh them with their characters, but in doing so he has not really explored the morality of the choices they make.

If you seek an escapist novel that will make wonderful beach reading (if they open up) or just to fill time in a meaningful and entertaining manner, Go’s first novel is a winner.  Since the book was published two years ago, I am hopeful he is hard at work on his next one!

(Base camp on Mount Everest)