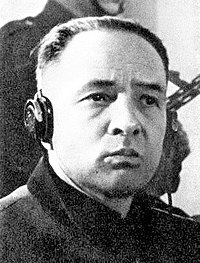 After World War II a small coterie of individuals morphed into Nazi hunters.  From Simon Wiesenthal to agents of the Israeli Mossad their mission was to capture and bring the Nazi perpetrators to justice.  This has produced numerous books about their exploits in the form of memoirs, narratives about the role of governments, and certain individuals.  Of these individuals many remain unknown and little has been written.  Thomas Harding introduces us to Hanns Alexander, a German refugee and British serving officer who should be considered part of the pantheon of Nazi Hunters in his book HANNS AND RUDOLF: THE TRUE STORY OF THE GERMAN JEW WHO TRACKED DOWN AND CAUGHT THE KOMMANDANT OF AUSCHWITZ.

The format chosen by the author is a series of alternating chapters telling the life stories of the two men, at times in detail, and at times in a more cursory manner.  Beginning with Rudolf Hoss, the future Kommandant of Auschwitz we learn about a dismal childhood and a bigoted and fanatical father, along with a distant mother.  Hoss would enlist in the army at the age of fourteen during World War I serving mostly in Iraq and Palestine.  After the war Hoss would join the Freikorps which were irregular German military volunteer units that existed from the 18th to the early 20th centuries, which effectively fought as mercenary or private armies.   The Freikorps fought against communists in Latvia and also joined in the so-called Kapp Putsch. The Kapp Putsch was a right-wing coup that sought to end the Weimar Republic in March 1920. The revolt resulted in failure.  Hoss was also involved with the Beer Hall Putsch in Munich in 1923 which resulted in his imprisonment and being charged with murdering a “right wing” traitor.

By 1928, Hoss was released from prison and became enamored by Adolf Hitler. He married and hoped for an idyllic rural lifestyle.  Hoss would join the Atamanen League  under the leadership of Heinrich Himmler in Bavaria.  Himmler took Hoss under his wing and by 1933 he joined the SS and became a supervisor at Dachau and developed what Dachau Kommandant, Theodor Eicke called an “attitude of hatred.”  By 1936 he was promoted to SS-LT and became part of the camp administration and began his bifurcated life of rural family life and the demands of concentration camp work.  By 1938 he was transferred to Sachsenhausen to be adjutant to the camp Kommandant, Hermann Baranowski.

Harding carefully recreates Hoss’ slow rise up the Nazi camp bureaucracy and at each step his responsibilities would increase.  By 1940 he was the Kommandant at Sachsenhausen and by April of that year he was tasked to oversee the construction of Auschwitz overcoming numerous obstacles to build the camp.  Due to a lack of food and sanitation Hoss adopted the drastic methods used at Dachau and Sachsenhausen including euthanizing thousands, mass shootings with burials in huge ditches, starvation, etc.  In the summer of 1941 Himmler informed Hoss about the Final Solution and between 1940 and 1944 he would witness the arrival of 1.3 million prisoners at Auschwitz.  Of these some 1.1 million that perished, 1 million were Jews.  Auschwitz had over 1 thousand guards and at any given time held 80,000 prisoners.  After a short assignment to straighten out Sachsenhausen he returned to Auschwitz in May 1944 to oversee “Aktion Hoss,” the extermination of Hungarian Jewry.  Within a year Hoss’ world fell apart and he realized he had to escape leaving his family in Flensburg took assuming the identity of a dead German sailor and hoped to disappear.

Hanns Alexander came from a not especially religious upper-class Jewish family in Berlin where his father, a physician built a successful medical practice.  Throughout his childhood he was surrounded by Berlin’s most successful and powerful people and his father was one of the city’s foremost physicians.  As long as the Weimar Republic survived the Alexander family did well.  Hanns and his twin brother Paul were precocious boys who even into adulthood loved to play pranks.  However, their world began to come undone with the rise of the Nazi Party and Hitler’s assumption of the German Chancellorship in 1933.  Slowly the noose was tightened around the family as Dr. Alexander’s medical practice was gutted by Nazi racial laws and they witnessed the actions of bullies and thugs on Berlin’s street against Jews.  Dr. Alexander, like many assimilated Jews believed the violence was temporary and it would soon pass, and normality would resume.  Much to his chagrin this was not the case and the family left Berlin in a piece meal fashion for England.

On a visit to London to see his daughter and grandchild in 1936 Dr. Alexander learned he was on a Gestapo list and sought refuge in England.  Later in the year with the Olympics being publicized emigration laws were eased and the twins Hanns, and Paul, 19 years old left Germany, followed months later by their mother.  With the arrival of war in 1939 both boys decided to enlist but since they were German refugees, they were part of a large group that was suspected of possibly being spies.  It took Hanns months to prove he was not and in December 1939 he joined the Auxiliary Military Pioneer Corps created to make use of thousands of German refugees against Hitler.  Training was mostly non-military and his assignment consisted of manual labor in support of the army.  He would be sent to France and was part of the 300,000 British soldiers who were saved at Dunkirk.  Hanns realized the only way he would be treated with respect was to become an officer. And in January 1943 he was accepted as part of the Officer Cadet Training Unit and after real training landed at Normandy in June 1944.  His role was to translate for the interrogation of captured German officers. 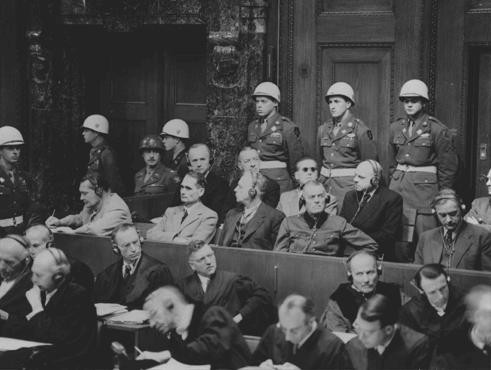 It is at this point, about two-thirds into the narrative the book takes an especially important turn as Harding finally deals with Hanns’ work as a “Nazi hunter.”  If there is a major criticism of Harding’s work is that he spends too much time providing the comparative background of his major characters and not enough dealing with events following the defeat of the Nazis, in an addition to a number of historical issues and editing.  First, he relies too heavily on Hoss’ prison memoir composed in Poland as he awaited trial.  As historian David Cesarani points out in a The Independent, 4 October 2013 book review there are numerous examples of Hoss’ jumbled approach to historical detail, not to mention his deliberate attempt to shift blame.  Further his reliance on Gustav Gilbert and Leon Goldensohn’s psychological profile  seems to soft peddle Hoss’ ideological formation, training, and socialization of the SS.  Harding states that Dachau was the first concentration camp, not so, it was first built as a camp for political prisoners and a model for what later camps would become.  Harding also states that Auschwitz was located in “rural isolation,” in fact it was a busy town next to a major railroad junction.  Harding’s description of Zykon B gas (it was not an insecticide but used to exterminate lice on clothing) and its application in showers is another misstatement as it was not “poured out of false shower heads,” when it resulted in death from pellets dropped into a tube or onto the chamber floor through an opening.

The key for Hanns was translating for the interrogation of Josef Kramer, Hoss’ former adjutant.  His trial in September 1945, “The Belsen trial of Josef Kramer and 44 others” became a dry run for the Nuremberg Trials.  Following Kramer’s conviction Hanns received permission to hunt for uncaptured war criminals.  He was promoted to Captain and was now a fully-fledged British war crimes investigator, not just a German refugee who helped with translations.

According to John Le Carrie, Hanns’ hunt for Hoss reads like a spy novel.  True, as the last 50 pages plus traces Hanns’ pursuit of Hoss, even though the reader is completely aware of how the story will end, Rudolf Hoss hanging from the gallows in 1947.  Harding follows Hoss’ movements, contact with his family, his final capture, interrogation, as a witness at the Nuremberg Trials,  and trial in Poland in detail and forms the most important aspect of the narrative.  In addition, Hanns Alexander happens to be the authors great-uncle and he devoted six years of research to finally tell his story, an important one, but one that could have been organized better with improved editing.