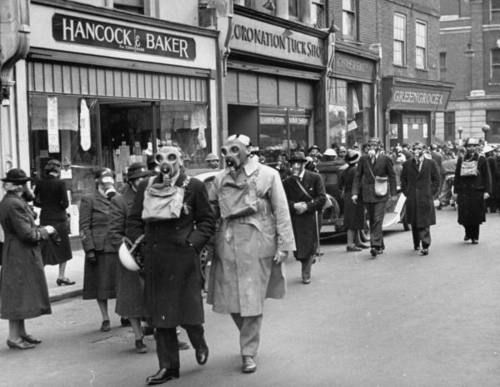 John Lawton’s BLUFFING MR. CHURCHILL (published in England as RIPTIDE) is the fourth installment of his Inspector Frederick Troy series and opens with a British retaliatory strike against Berlin as payback for the continued German blitz that was pounding London a year after Dunkirk.  At this point, Brigadefuhrer Wolfgang Stahl, a British spy realizes it is time for him to leave Germany as quickly as possible.

Stahl had joined the Nazi Party in 1929 and by 1934 he had wormed his way into the confidence of Reinhard Heydrich, a high-ranking SS police official and the architect of the Holocaust.  Stahl was in part able to get into his good graces because of his shared love of Mozart.  They would play together and discuss music for hours on end.  Once the bombing ended Stahl returned to his apartment house and found a body that was a similar to himself with its face blown off.  Stahl took the dead man’s identity and began to make his way out of Germany.  The problem for Stahl was that the suspicious Heydrich had the corpses hand shown to him and he realized that Stahl was not dead.  At this point Lawton has lured the reader into the story line and in true Lawton form provides historical fiction dealing with spy craft at its best.

Lawton will develop a number of plot lines.  The dominant story revolves around the search for Wolfgang Stahl who carries with him plans for the Nazi invasion of the Soviet Union. Obviously, the Nazis want him dead because he knew too much, and the British want him to learn what he knows.  A number of important characters emerge in the chase.  The most important are Lt. Colonel Alistair Ruthuen-Greene of the British Consulate, someone who had Churchill’s ear.  He convinces Captain Calvin M. Cormack III, an American stationed in Zurich who had been Stahl’s handler to accompany him to London to identify him.  Cormack was assigned to work with Walter Stilton, Chief Inspector at Scotland Yard to locate Stahl.  When they arrive in London, another thread that Lawton develops emerges, Hitler’s deputy, Rudolf Hess had flown from Berlin to Scotland and all wonder why he has done so.

Lawton has created a taught spy novel integrating fiction with historical fact.  Examples include the Bismarck  sinking the HMS Hood, disagreements between American intelligence and British MI5 over sharing German code information as well as the British hope that the United States would soon enter the war.  Further, the debate over whether to warn the Soviets that a German invasion was imminent is presented – but in reality, as early as April 1941 Stalin ignored British warnings as he did later the day before the actual invasion. 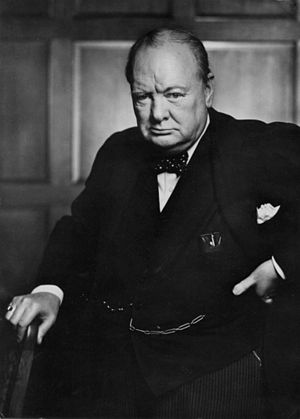 Lawton does an excellent job showing the reader the horrors of the blitz.  Descriptions of bombed out streets with only one building remaining abound as people shelter in the underground, and the Home Guard searches for bodies and civilians clear damage.  Lawton zeroes in on the English vernacular focusing on accents verbiage, and dialects.  It is easy for English characters to communicate with each other, but for men like Capt. Cormack he has difficulty understanding the British at times.

Real figures and events are inserted into the plot reflecting Lawton’s command of the historical information.  He accurately describes the British rationing system along with the death and destruction that Goering’s bombers reigned on England.  Winston Churchill, Lord Beaverbrook, H.G. Wells, and Robert Churchill, a distant cousin of the Prime Minister make appearances.

Many have argued that the war created an aura of commonality for the British people as all classes faced the Nazi terror.  Lawton examines this theme pointing out repeatedly it is more veneer than fact.  The core of the story revolves around Stilton and Cormack then joined by Sergeant Frederick Troy of Scotland Yard who refuse to share their own intelligence in the hunt for Stahl.  Once Stilton passes from the scene the Troy-Cormack relationship becomes very tricky when Cormack falls in love with Kitty Stilton, a police officer and daughter of Walter Stilton who also possesses a ravenous sexual appetite and is Troy’s former lover.  Further linking the two men is that both men have strong willed fathers, Cormack’s is a decorated general turned politician, and Troy’s a renown intellectual and diplomat who emigrated from Russia in 1910, as both men operate in the shadows of their fathers. Despite these issues the two men come together and foster a working relationship that is a key to solving the crimes at hand.

The novel slowly evolves into a tightly spun murder mystery with a number of victims.  It is an espionage thriller, but also a well thought out detective story.  The next book in the Troy series is FLESH WOUNDS where Kitty Stilton plays an interesting role and I have added it to the pile of books on my night table. (Bomb damage in London during the “Blitz”)