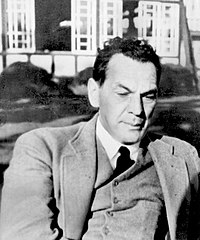 As early as April 1941 British intelligence informed Soviet dictator Joseph Stalin of German intentions to discard the Nazi-Soviet Pact of August 1939 and invade Russia.  Stalin seemed to ignore those warnings and others as he would do on June 21, 1941 when London once again warned him of the impending German attack.  Unbeknownst to many in Europe Stalin did take certain precautions, for example, relocating Soviet industry east of the Ural Mountains and certain military accommodations as he had read MEIN KAMPF and believed eventually war with Germany was inevitable.  By November 1941, the German onslaught would be stymied outside of Moscow as Owen Matthews relates in his superb biography, AN IMPECCABLE SPY: RICHARD SORGE STALIN’S MASTER SPY.

Richard Sorge was a fascinating character and had the personality traits, the skills of a chameleon, and intellect to ingratiate himself with diverse types of people, manipulate them, and gather and cull intelligence.  In fact, at one time he was spying for the Soviet Union and Nazi Germany simultaneously.  He eventually became embedded with German and Japanese officials, military types, and others which allowed him to gather intelligence to play a crucial role in saving the Soviet Union from a disaster in 1941 and enabled Stalin and his countrymen to defeat the Nazis is 1945.  Sorge survived for nine years as a spy in Tokyo.  He was able “to steal the most closely kept military and political secrets of both Germany and Japan while hiding in plain sight.” 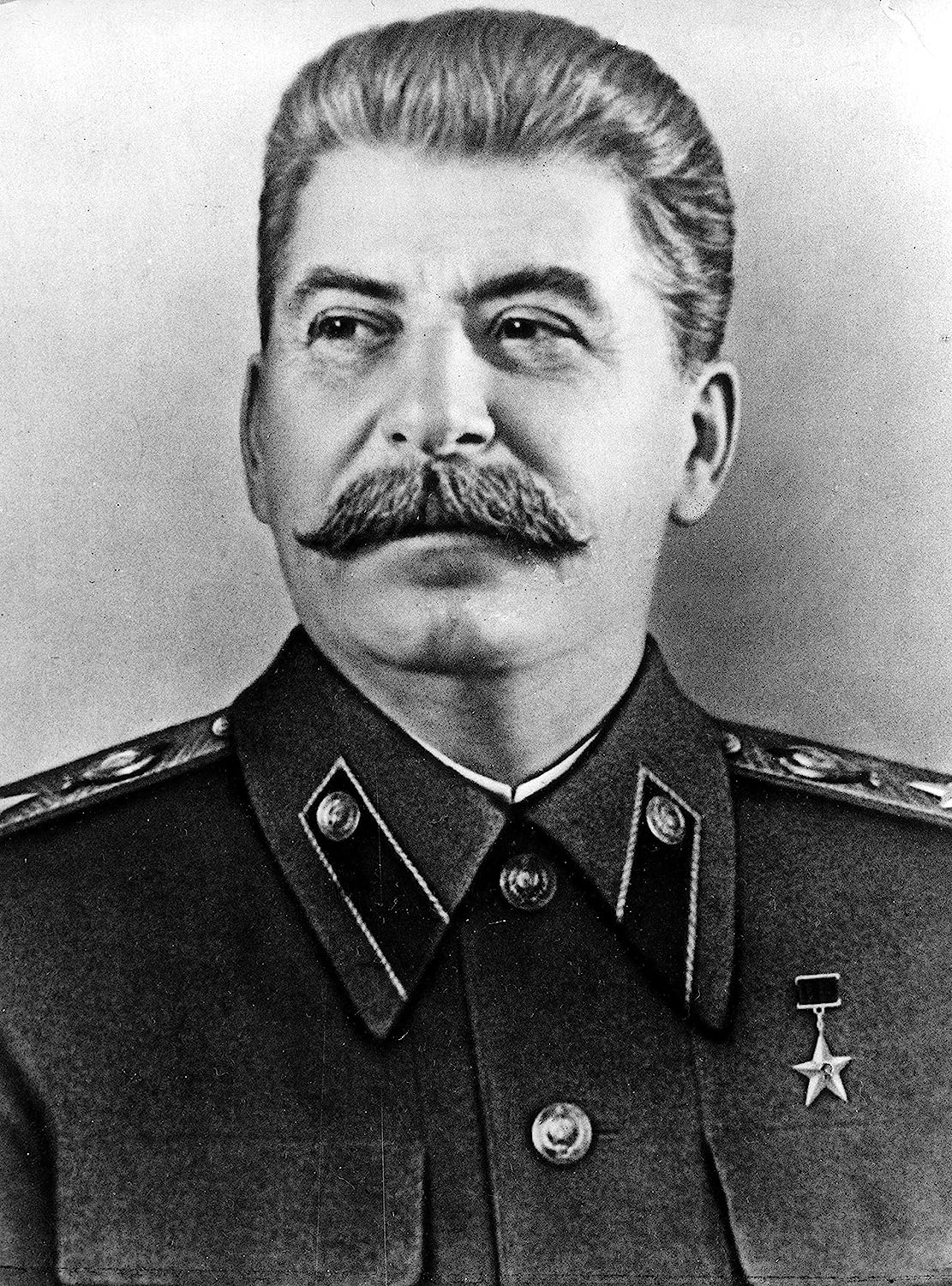 Matthews main thesis revolves around Stalin’s need to know whether Japan would attack the Soviet Union.  Once Sorge provided the answer he moved Soviet troops from the east to block the Nazis in the west.  Without that knowledge and troop movements the course of the war would have been quite different.  What is fascinating despite the value of his intelligence he turned over to his handler’s Soviet intelligence chiefs did not trust him and as a result were very wary of the information he sent until after the Nazi invasion.  It must always be kept in mind that during the Stalinist period that was dominated by Stalin’s paranoia with show trials and purges leading to the execution of thousands Sorge was able to navigate the intelligence minefield to survive until arrested by the Japanese in 1941 and executed in 1943.

If Matthews were a novelist, it would be difficult to create a character like Richard Sorge.  His personality and lifestyle make it difficult for any biographer.  Sorge lived most of his life in the shadow world where his survival depended upon secrecy.  Despite this need he was an extrovert and in many ways an exhibitionist who manipulated people, was a womanizer, and at times could be considered an alcoholic who saw himself as an intellectual who believed he should be an academic.  One of the best sources for Sorge must be taken with a grain of salt.  Once arrested by the Japanese he admitted to an idealized version of his life to interrogators.  He left an extensive correspondence with Moscow and numerous letters to his wife Katya, along with his journalistic and academic writings left quite a record.  Matthews summarizes Sorge well describing him as a man with three faces.  One face was that of a social lion, “the outrageously indiscreet life of the party, adored by women and friends.  His second, secret, face was turned to his masters in Moscow.  And the third, the private man of high principles and base appetites living in a world of lies, he kept mostly to himself.”

Matthews traces Sorge’s life growing up mostly in Berlin, his experiences in World War I that turned him into a socialist because of what he experienced and eventually a true believer in communism.  Matthews explains in a clear fashion how he grew more and more convinced in his own radicalization and how he was recruited by the Comintern which was developed by Lenin to help spread world revolution.  However, after Lenin died in 1924 and Stalin seized power it became a vehicle to protect the Soviet Union.  Matthews carefully lays out Sorges evolution intellectually from WWI to his move to Moscow in 1924.

Matthews is highly effective in relating numerous tidbits about Sorge personally and events in Germany, Russia, and Japan during his subject’s intelligence career, i.e., sharing lodgings during his training as a spy with Chou En-Lai and Josip Broz Tito, providing details about the internal competition between military and civilian elements in Japan, the thought processes of different historical figures, and other examples.  Sorge’s cover was as a journalist and commentator throughout his career.  This afforded him exposure to important decision makers and helped develop sources for his spy networks.

Matthews offers a wonderful description of Shanghai in the early 1930s, a city that consisted of bordellos, drugs, banking, trade – “the pleasurable city.”  Shanghai was nicknamed the “whore of the orient” where gangsters and warlords mixed with bankers and journalists.  With no residence permit for foreigners it was Asia’s espionage capitol.  The city was used as a hiding place for members of the Chinese Communist Party (CCP) to escape persecution from Chiang Kai-Shek’s Kuomintang.  Sorge used his base in Shanghai to ingratiate himself with German military officers who trained the Kuomintang.  Eventually Sorge’s best sources as he built his network were Nazis and military types.  He assumed the role of a “debauched bourgeoisie expatriate,” a role he played well.

The author discusses many of the important figures in Sorge’s life and intelligence work.  Agnes Smedley, an American socialist and journalist who had access to the CCP was recruited by Sorge and plays a prominent role in the creation of the Shanghai network.  Max Christiane-Clausen became Sorge’s radio operator when he moved on to Tokyo was invaluable as was Hotsumi Ozaki who had excellent contacts in the Japanese Consulate in Shanghai and eventually joined Sorge in Tokyo, along with businessmen and officials in the Kuomintang.  Yotoku Miyagi, a young artist from Okinawa developed into an excellent member of the Tokyo network.  Later Eugen Ott, a senior member of the German embassy in Tokyo as a senior military attaché and eventually replaced Herbert Dirksen as German ambassador to Japan was an exceptional source.

For Stalin, Sorge was able to provide information on Japanese expansionism particularly his fear of an attack against Russia.  Matthews follows developments within the Kwantung Army and Japanese civilians and how it impacted Sorge’s work.  Stalin feared the anti-Comintern pact of Japan, Germany, and Italy and his paranoia would lead to the purges.  In an important chapter, “Bloodbath in Moscow” Matthews lays out the impact of the show trials that led to the executions of Lev Kamenev and Grogiry Zinoviev, 1.6 million arrests, and 700,000 executions, the gutting of the Soviet officer corps, the intelligence community, and other officials.  It is fascinating how Sorge navigating the atmosphere in Moscow in the late 1930s was able to survive.  Later, Sorge concluded he was trapped in Tokyo as war became obvious and worked to meet Moscow’s needs which centered on the fear of a German-Japanese alliance which would surround the Soviet Union and making sure Hitler attacked anyone except Russia. Matthews is correct when he argues that Hitler did not believe Japan would make a good ally because of his own racial proclivities seeing them as inferior.  This became the impetus for the August 1939 Nazi-Soviet Pact.  In addition, fighting broke out on the Soviet-Mongolian border between Japanese and Russian forces called the Nomohan incident which would have a profound impact on the Second World War.  Tokyo kept the fighting localized as it did not want to fight Russia and the ongoing war in China at the same time.  The Kwantung armies influence would be strengthened as they pushed for expansion against their Asian neighbors and leave Russia alone.  This would lead to trying to remove the British and American fleets as a threat as they engaged in trying to create a “Greater East Asian Co-Prosperity Sphere.”

Matthews does a good job describing the planning and machinations emanating from Berlin, Tokyo, and Moscow as the date of the Nazi invasion approached throughout the Spring 1941 culminating in the German onslaught on June 22, 1941 along with the reaction of the major principals involved.  Stalin’s attitude during the entire period was one of distrust believing that what he was received was misinformation designed to weaken the Soviet Union.  Information contrary to his beliefs like what he received from Sorge can be summed up in his comment that “you can send your ‘source’ from headquarters of German aviation to his fucking mother.  This is not a source but a dezinformator – a dis-informer.”  By June 1941, the powers that be in the Kremlin had turned a deaf ear to Sorge’s reports/warnings.  Sorge grew depressed as more and more he was ignored.

Jonathan Steele in his The Guardian review of May 16, 2019 agrees with Matthews that “Sorge recognized that Hitler’s invasion of the USSR was a major blunder for the Nazis, and he came close to revealing his true loyalties by shouting in front of his German colleagues that the idiot had lost the war. He had greater success in signaling the inevitability of war between the US and Japan three months before it happened. He did not predict the assault on Pearl Harbor but his report on Japan’s decisive shift of focus to conquests in the south allowed Stalin not to move troops to Siberia but make them available to block the Germans from moving further east into Russia.”

Steele concludes that “in the Brezhnev and Andropov eras in the 1970s and 80s, Sorge became a Soviet hero with a flood of books about him, even though he had been totally abandoned in 1941 when he was arrested in Tokyo. He had hoped the Soviet authorities would press the Japanese to let him go back to Moscow, but the Kremlin betrayed the man who had done so much for it. No effort was made to save him.” Overall Matthews’ book is a spy thriller that doubles as an enthralling history of revolutionary Germany in the 1920s, Tokyo during the country’s prewar militarization, and Moscow in the 1930s, where Stalin’s mass terror consumed, among others, seven of Sorge’s military intelligence bosses, and Sorge’s ability to accumulate and transmit important intelligence through a series of networks he and his cohorts created.  Matthews provides many insights into Sorge’s work and his impact on events and if you are a general reader or a spy aficionado this book should prove very satisfying. 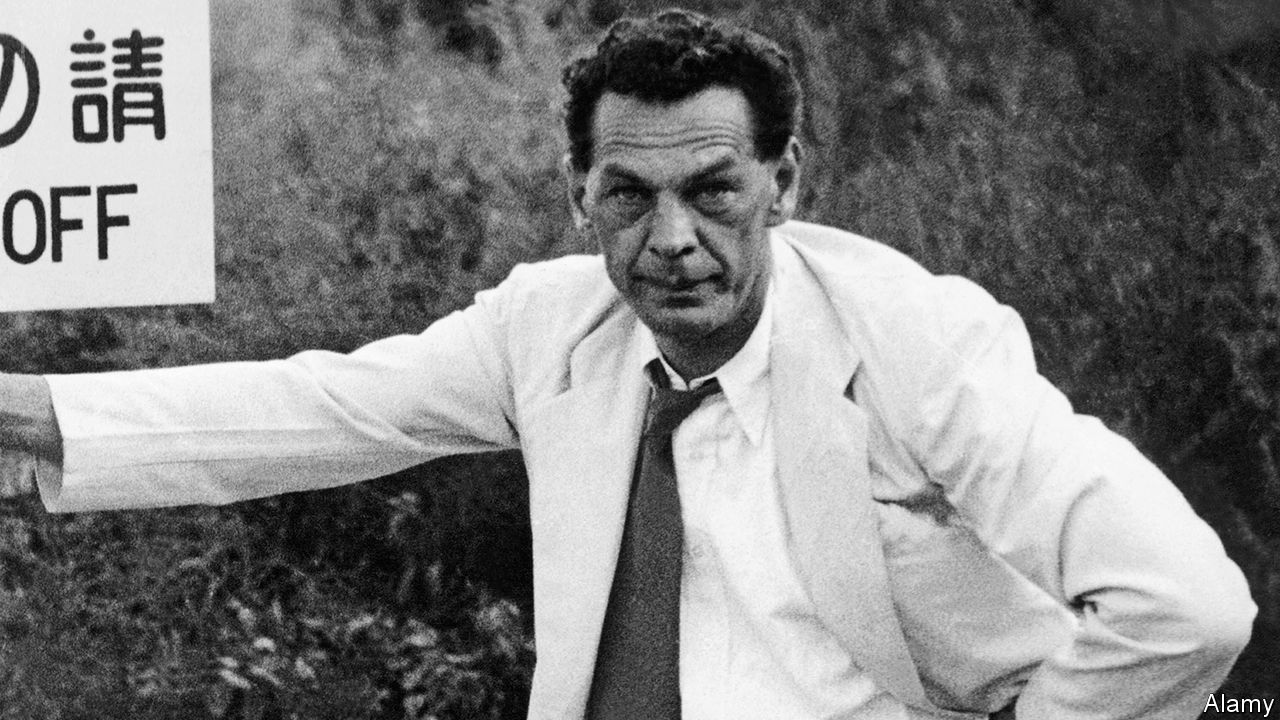