According to John le Carre, Frederick Forsyth is among a group of spy thriller writers “that his works were the well into which everybody dipped.”  If that is the case based on the heights that le Carre has reached it is quite an endorsement of Forsyth.  A #1 New York Times bestselling author in his own right Forsyth is one of the most legendary and accomplished spy novelists of his time and the 82-year-old Englishman is considered one of the god fathers of the espionage genre.  In 1971 Forsyth then a freelance reporter published his first book, THE DAY OF THE JACKAL that brought him international success. Among his other sixteen novels is enormously successful THE ODESSA FILE and his newest and seventeenth novel, THE FOX continues his run of engrossing novels.

It begins in February 2019 as the American National Security Council computer where most of its secret data resides is hacked.  Washington asks the British government for assistance in locating the hacker.  Dr. Jeremy Henricks at the Government Communications Headquarters, the British National Security Center is brought in to assist and finds that the hacker has left no trace.  A few months later the same hacker has hit a major bank, but as in the first instance nothing was taken, however this time he has left a slight trace and is used by the SAS to locate him.  It turns out that the hacker is Luke Jennings is an eighteen-year-old autistic young man who suffers from Asperger’s syndrome.  Sir Adrian Weston a retired British spy chief is brought in by Prime Minister Marjory Graham as her unofficial security advisor to oversee the investigation.  What he learns is that Luke and three other family members live north of London in a small house where the cyber genius is ensconced in his attic with what appears to be ordinary computer equipment, but he possesses a devastating cyber mind and capability. 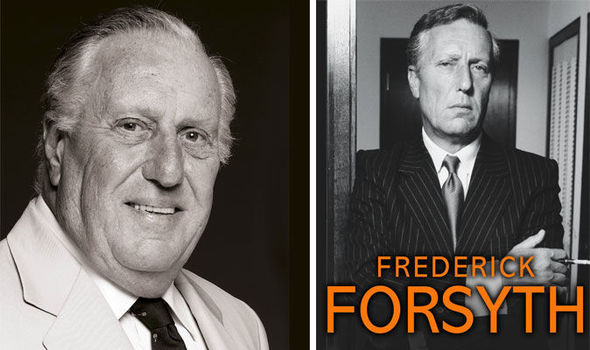 If by this time Forsyth has not hooked you on his plot, he will when Luke is recruited by the British, in conjunction with Washington to work for the government in lieu of prosecution and extradition.  His first assignment is to hack a newly built Russian cruiser, the Admiral Nakhimov, the most powerful ship of its class in the world.  Moscow under the firm grip of Vladimir Putin is humiliated when the ship runs aground off the Straits of Dover because of Luke’s handiwork and seeks revenge.  The Russian autocrat places Yevgeni Krilov in charge of learning what has occurred.  Employing a series of former Spetsnaz, Albanian gangsters, and Russian billionaire oligarchs he learns of the Jennings family’s new location and proceeds to deal with the problem.  As Krilov tries to shut down Luke, the teenager under the auspices of Weston penetrates the data bases of Iran, North Korea, and Russia extracting priceless intelligence.

Forsyth’s tale has a ring of reality in our cyber infused world and the dangers to American and British national security.  He produces a series of probable characters from local Scotsman, British special forces, the Prime Minister, Russian billionaires in the grasp of Putin, gangsters, or former military types.  His commentary on world leaders is dead on particularly his recapitulation of Putin, who he refers to as “the former police thug’s” career and rise to power.  His analysis within the context of the novel is historically accurate and sounds like an analysis one would find in a monograph by Masha Gessen describing plutocratic gangsters who portray themselves as legitimate businessmen.  Part of the story line rests on the fear that Putin will use his vast resources of natural gas and a complex series of pipelines as a means of dominating Western Europe.  The British answer is to employ Luke, but Putin cannot allow this and will send Russia’s most lethal sniper, Misha to kill him. Kim Jong Un does not escape Forsyth’s scathing analysis describing the North Korean dictator as fat and ugly with a bizarre haircut who possesses a ruthlessness that is total and is obsessed with himself and absolute power.  Donald Trump also appears, but in this instance, he is seen as cooperating with the British despite Forsyth’s rather negative description of the American president. Forsyth’s knowledge of history is impeccable as his compendium of how American and British national security apparatuses work.  It is clear that Forsyth is also an authority on Russian spy tactics and its thought processes that include murder, intimidation, and intelligence gathering. Further the author has the uncanny ability to reproduce scenarios that seem real.  In addition, Forsyth’s recounting of Iranian and Israeli security needs and how they approach threats to their countries, along with information about the domestic situation in North Korea provides excellent background information.   In constructing his story Forsyth exhibits total command on contemporary events, personalities, diplomacy, weaponry, and the mysteries of spy craft.  In THE FOX, Forsyth as he does in all his novels lays out these details in a brilliant fashion and hopefully Forsyth has more novels left in his pen for the future. You will be on the edge of your seat as Sir Adrian tries to protect Luke and defeat Misha, thereby preserving world peace.