For years I read the panoramic novels of James A. Michener.  His multi-generational plots, historical knowledge, all-encompassing detail, and character development were very satisfying, and I always looked forward to his latest release.  When he passed a void resulted in my reading agenda until I discovered Edward Rutherfurd.  In 1987 I read Rutherfurd’s first novel, SARUM which immediately sparked my interest because of his approach to writing, history, lineage of different generations, and an assortment of interesting and fascinating characters.  I dare say he was “Micheneresque!”  Other novels soon followed; RUSSKA, LONDON, THE FOREST, THE PRINCES OF IRELAND, THE REBELS OF IRELAND, NEW YORK, and PARIS – all very satisfying and engrossing living up to the bar he set with his first novel.

I was looking forward to his next effort which was published last week, CHINA: THE NOVEL.  The novel does not present the scope and panorama of his earlier works, and there are a few questions about organization, but it still was a satisfying read.  The novel begins with events leading to the 1839 Opium War between England and the “Middle Kingdom” and carries the reader through Chinese history beginning with the Opium Wars, the Taiping Rebellion, the Boxer Rebellion, and finally the 1911 Revolution.  Through its characters Rutherfurd tries to present each event and different attempts at reform that sought to throw off the western imperialist yoke.  Over time these occurrences would lay the groundwork for the rise of Mao Zedong and the Chinese Communist Party which emerged after World War I, consolidated its support among the peasants in the 1930s and during World War II, and finally defeated the Guomintang (Nationalist Party) in 1949 and began the Maoist rule over China which dominated the former “Celestial Kingdom” until the early 1980s.

The book seems to be organized in two parts, the first centers around the opium trade and a series of characters from British merchants, Chinese traders, government officials, and a number of ancillary families.  The second part focuses on the life of one individual in particular,  Lacquer Nail whose character is somewhat contrived and how the Chinese government tried to defeat the foreign imperialists, but to no avail.  Rutherdurd does a credible job integrating true historical figures with fictional characters.  At the outset, the key historical figure that is portrayed accurately is Lin Zexu, who was a Chinese head of states (Viceroy), Governor General, scholar-official, and High Commissioner who was charged by the emperor to rid the country of the opium trade that was bankrupting the kingdom because of the outflow of silver to pay for the opium.  The next important character is fictional, Jiang Shi-Rong who rose to become Commissioner Lin’s personal secretary.

From the outset of the novel, it is clear that Rutherfurd has done his homework as he exhibits a firm grasp of Chinese history and culture.  His explanation of the reasons for and the impact of foot binding on women is engrossing as is his description of the Forbidden City, the metropolitan exams to become a scholar-official, the language employed by Chinese officials, the differences between Han and Manchu Chinese, the dichotomy between northern and southern China, as is the presentation  of historical figures like James Bruce, 8th Earl of Elgin, the weakness of the Xian Feng Emperor, Prince Gong, regent from 1861-1865, the Empress Cixi, Lin Zexu, Edmund Backhouse, a British oriental scholar and linguist among others. 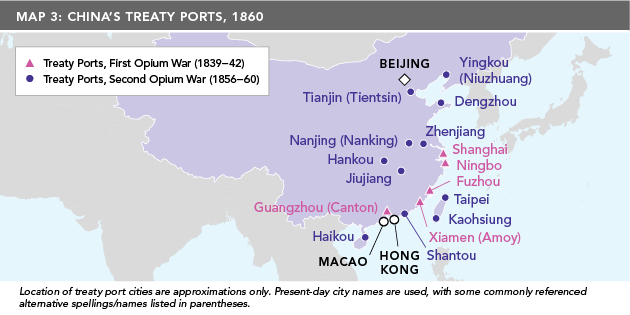 Fictional characters abound with the key figures including John Trader, a British merchant who engages in the Opium trade as a means of impressing Agnes Lomond in Calcutta; Cecil Whiteparish, Trader’s cousin and  missionary; Mei-Ling a Chinese woman who provides a window into the misogyny of Chinese culture; Nio, Mei-Ling’s “brother” who is a pirate and eventually joins the Taiping movement to overthrow the Emperor; Guanji, a Manchu officer; the Odstock brothers who lived off the opium trade; and Mr. Liu who is bent on destroying Lacquer Nail.

Rutherfurd navigates the different factions within the Chinese government and the disagreements and friction among the characters very nicely.  A case in point is the Eunuch system and what one went through to become one and how they achieved wealth and power in the Forbidden City in dealing with the Emperor. Rutherfurd is able to develop a number of stories within the larger story of the novel very carefully.  Chief among them revolves around the Taiping Rebellion, an uprising commanded by Hong Xiuquan, the self-proclaimed brother of Jesus Christ. Its goals were religious, nationalist, and political in nature; Hong sought the conversion of the Chinese people to the Taiping’s syncretic version of Christianity, to overthrow the ruling Qing Dynasty, and a state transformation.  At times it appeared that the British might ally with the Taiping’s in order to secure the opium trade and other commodities like tea.

The overall theme of the novel is the history of China between 1839 and 1911 that was dominated by British imperialism, later joined by other European powers and the United States.  As Rutherfurd develops the novel he integrates other important historical information germane to his topic, i.e., the recruitment of Chinese labor to work on the railroads in the United States, the politics of the British parliament, events in India, among others.  If one is conversant in Chinese history during this period, you will be able to relate to what is evolving.  If not Rutherfurd clearly presents the rhythms of the Chinese approach to life and how it conflicted with western expectations and why conflict was inevitable.

Cultural superiority is a dominant theme as the Chinese saw the west as barbarians who were inferior to the Confucian way of life, and western lack of respect for Chinese culture seeing the Chinese people as animals in many cases.  The causes and results of the two Opium Wars are reviewed and their effect on Chinese society and politics stand out.  Rutherfurd spends a great deal of time on the Taiping Rebellion which many historians see as laying the groundwork for Maoist thought with their agrarian reform ideas, however over 40 million Chinese would die during the conflict.  The author also takes a deep dive through his characters as the Chinese try to reform themselves after the Taiping Rebellion with the rise of the Empress Cixi but to no avail.  The Boxer Rebellion becomes front and center at the turn of the 2oth century as does the rise of Sun Yat-Sen and his ideas that resulted in the 1911 Revolution that followed the death of the Empress Cixi.

The earlier sections of the novel are much more engaging because of its focus on the Chinese family apart from the opium trade.  The later sections of the novel are exhausting with its focus on court life and attempts to deal with the west.  From the title of the book, one would hope its focus would be more on the Chinese people themselves without providing such a prominent occidental slant.

The book at times can be unwieldly, but slowly it will captivate you and make you want to complete its 763 pages.  Rutherfurd will lay out the difference between eastern and western culture and one might question the goals and complexities of each.  Though I do not think the book flows as evenly as previous Rutherfurd novels, the book provides an education in of itself through its historical and myriad fictional characters and is worth the read.

If you have found the events and personalities presented in the book interesting, I would recommend the following: THE BOXER REBELLION  by Diana Preston; AUTUMN IN THE HEAVENLY KINGDOM by Stephen R. Platt; IMPERIAL TWILIGHT: THE OPIUM WAR AND THE END OF CHINA’S LAST GOLDEN AGE by Stephen R. Platt; EMPRESS DOWAGER CIXI  by Jung Chang; GOD’S CHINESE SON by Jonathan Spence or any other books on Chinese history written by Spence.

(A “stacking room” in an opium factory in Patna, India. On the shelves are balls of opium that were part of Britain’s trade with China.)