During the past year, the United States has undergone a series of events that have accelerated our partisan divide and portends serious problems in the near future unless we can overcome our differences. Election conspiracy theorists and deniers, the January 6th attack on the capitol by insurrectionists, the continuation of gun violence, police actions, voter suppression legislation, cancel culture are just a few of the issues contributing to our political, social, and economic insanity.  If this is not enough, we still are in the midst of a pandemic with 30-40% of the population refusing to be vaccinated.  Former President Trump reigns in Mar-a-Lago as a potentate receiving his minions pouring out his venom, lies, and conspiracy theories and one must ask, OMG how did we get here?

Perhaps BBC New York correspondent Nick Bryant provides some of the answers in his new book; WHEN AMERICA STOPPED BEING GREAT: A HISTORY OF THE PRESENT.  I find it intriguing that someone from across the Atlantic seems to have greater insight  into our situation than the majority of Americans arguing that “Ronald Reagan was one of the Founding Fathers of America’s modern day polarization.”  Bryant develops his theme by explaining that Reagan and the arrival of his right wing supporters who loved his anti-government persona along with the passage of the 1964 Civil Rights Act began the road to our current polarization.  Barry Goldwater’s loss in 1964 gave birth to the Republican’s southern strategy as white voters grew afraid because of the fast pace of racial reform.  The situation was further exacerbated by the 1965 Voting Rights Act and the Immigration and Nationalities Act which expanded voting to minorities and ended white preferences for those entering the United States and enhanced the “browning of America.”  The events surrounding the elections of 1976 and 1980 set the stage for the election of Ronald Reagan a man who relied on his acting ability, stage management, sense of humor, and ability to communicate to win over the American electorate.

It was Ronald Reagan who became our first movie star president and developed the theme of “Let’s Make America Great Again” paving the way for Trump to become the first reality TV star to enter the White House and refine Reagan’s message.  The difference between the two was that Reagan’s personality was uplifting while Trump’s emitted a nastiness never seen before in the Oval Office.  In a sense Reagan was Trump’s role model except he lacked the vindictiveness and abusive behavior that the former president exhibited over his term in office.  According to Bryant Reagan created the choreographed presidency with evocative scripting, polished production values, an eye for the dramatic photo-op, and a variety of show-like mix of spectacle, entertainment and gags.  The problem was that Reagan was intellectually incurious, ill informed, and overly reliant on cue cards resulting in a flawed blueprint that showed that the president could achieve historical greatness without even mastering the basics of the job.  Americans felt comfortable with Reagan’s manner and presentation unaware of the lack of depth behind the scenes – sound familiar?

The Reagan era witnessed a massive increase in wealth and consumerism – “Greed is Good!” became the epitome of Reaganism.  To prove his point Bryant does an excellent job referencing the the culture of the 1980s through film, television which reaffirms the results of Reagan era policies.  Further he explores Trump’s role during the decade and concludes quite correctly that he became the poster child of a profit obsessed society highlighted by garishness, ego, and a sense of entitlement.  But Bryant is clear Reagan is responsible for the anti-government sentiment that has proliferated over the last twenty years and he is also correct that if one digs down into Reagan’s record the result would be Reagan would probably be primaried today if he ran for office by the Trumpers!

Despite the fact that Trump/Reagan seemed to dominate large segments of the book there are a number of important specific reasons that Bryant relies upon to make his arguments.  Key among them is the 1964 Civil Rights Act, the 1965 Voting Rights Act, and the Immigration and Nationalities Act that have been mentioned.  All deal with the racial divide in America which is a dominant reason for the lack are bipartisanship in Congress which is the main reason for the decline in America’s reputation worldwide and the fracturing of American society.  1991 stands out because of the beating of Rodney King in Los Angeles which clearly proved that no one of color would receive fair treatment under the American justice system. This was a warning at a time that the Berlin Wall had fallen, and the Soviet Union ceased to exist, as the US saw itself as the dominant and most respected country in the world.  But from this point it was all downhill.

The arrival of Newt Gingrich is another major cause for the developing dysfunction in US politics.  Bryant follows Gingrich’s career, ideology, and actions that led to his Speakership of the House.  Gingrich’s slash and burn mentality designed to create roadblocks for any democratic legislation along with his nasty confrontational style accomplished his goal of making the Republican party an opposition party and did away with any consensus in Congress.  The resulting grid lock that led to Bill Clinton’s impeachment, shutting down the government, among many other actions slowly eroded our democracy.  Bryant does an excellent job connecting the political dots in bringing Gingrich to the Speakership as the Democrats rejected John Tower as Defense Secretary to be replaced by Dick Cheney whose leadership position in the House went to Gingrich launching the Georgia lawmaker to create his mayhem.

1992 would be the watershed election as it reflected the racism and anti-Semitism of Pat Buchanan wrapped in his ethno-nationalism.  The election of Clinton would normalize presidential bad behavior, and gave us Ross Perot whose populist lure of nativism, nationalism, and protectionism which would dominate politics in 2016.  This nativism would lead to the Oklahoma City bombing, American failure in Mogadishu, Bosnia and Rwanda further eroding America’s reputation in the world.  It appeared despite the economic growth of the 1990s the US was self-destructing.

Bryant presents cogent answers to the question raised in the title of his book.  He zeros in on the role 9/11, the invasion of Iraq in 2003 and the subsequent disaster in that country and Afghanistan, and the 2008 economic disaster that still reverberates with American voters as those who were responsible were never punished and the government bailed out the “too big to fail” banks.  This would lead to the Tea Party and further divided the American polity.  Events overseas roiled America’s allies particularly the occurances surrounding Abu Ghraib, torture at black sites conducting by CIA operatives and others, and the situation at Guantanamo Bay in Cuba.  All of this was occurring as Vladimir Putin pursued a revanchist policy in Russia. Angry over NATO expansion into Eastern Europe, the fall of the Soviet Union, and the state of Russian influence in the world he would take advantage of America’s continued slide in worldwide influence.  Putin’s task was facilitated by George Bush’s “Axis of Evil speech,” President Obama’s decision to allow President Bashir Assad to cross his “red line” in Syria, President Trump’s abandonment of the Kurds in Syria, all of which gave Russia an opening in the Middle East, Crimea, Georgia, and eastern Ukraine which Putin took advantage.

Foreign policy bears a great deal of responsibility for America’s decline but also domestic policy.  Globalization is seen by American workers in the “Rust Belt” which produced NAFTA as a major reason for their loss of their livelihood.  Between 2001 and 2013 over 65,000 factories closed in the United States costing over 5,000,000 jobs which would provide the seed bed for Trump’s support.  Trump would play on white resentment against trade policy, immigration, and cultural issues to ingratiate himself with the Rust Belt revolt against robots (automation that cost jobs) to gain the presidency.  This white-working class revolt heated by US corporate tax policies would further inflame the US electorate.

Bryant does a good job developing themes that are difficult to disagree with, but he also produces vignettes that reflect American hypocrisy, i.e., Gingrich’s affair with a congressional aide, Bob Livingstone his replacement as Speaker was exposed by Hustler magazine for his own affair, and Dennis Hastert, his replacement was later exposed as a child molester – all while trying to impeach and ruin Bill Clinton!  Another surrounds the Bush administration’s actions in dealing with or not dealing with Hurricane Katrina, and his approach to the 2008 economic crisis.

Bryant’s dissection of each presidential administration seems fair and accurate.  “No drama Obama” receives his due apart from his defunct Syrian policy.  By not addressing income inequality in America, lining up with Wall Street not main street, and trying to achieve consensus with a Republican Party that totally rejected him in large part because of race all contributed to a weak presidency which his “aloof” cerebral manner just exacerbated.  This produced the election of 2010 which saw an increase in of 63 Republican seats in the House and 8 Senate seats.  The argument is sound that perhaps Obama was doomed because of Senate Majority Leader Mitch McConnell’s policy of making Obama a one term president which he is continuing with Joe Biden, but an attempt to confront McConnell’s tactics should have been more forceful. 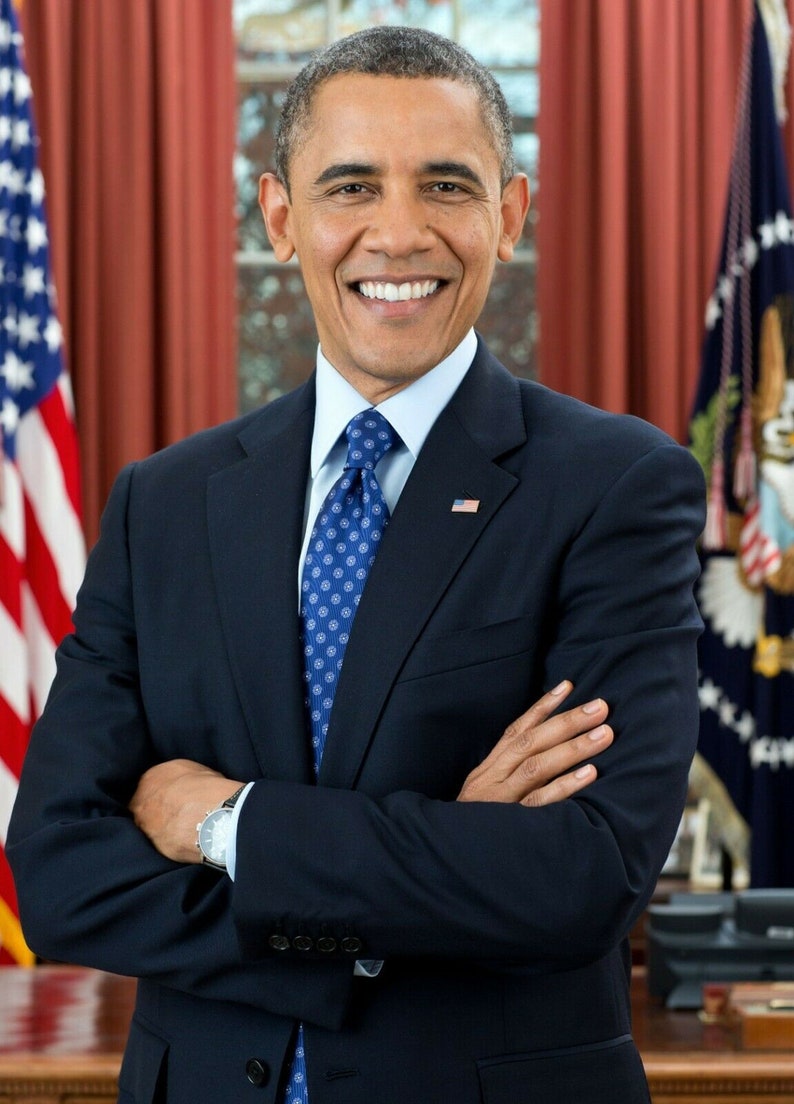 Bryant does not disappoint in his examination of the Trump presidency.  The analysis of Trump’s personality and actions line up with numerous books that have been written since 2017 that explains Trump’s “American carnage.”  “Like Reagan’s and Obama’s, this was a hugely symbolic presidency., but whereas the Gipper signified resurgence and Obama embodied renewal, Trump represented revenge.”  Trump greatly accelerated the world’s negative view of the United States.  Though nationalists and right wing authoritarian leaders made Trump weak at the knees his policies of: withdrawal from the Iran nuclear deal; withdrawal from the Trans Pacific Partnership; withdrawal from the Paris climate accord; his fawning over Vladimir Putin; use of a wrecking ball to the Atlantic alliance; his denigration of allied leaders;  withdrawal from Syria; his bromance with Kim Jong-un; praising Saudi leader Mohammed bin Salman who ordered the death of a Washington Post reporter; trade wars; suspending US funding for the World Health Organization in the middle of a pandemic all resulted in America’s moral reputation worldwide coming close to an abyss which of course China benefited from along with other presidential actions.  A Pew research poll gave Putin a higher international approval rating than Trump 33-29%, and Xi Jinping was at 28%!

On the domestic front Trump even raised the polarization level during a pandemic, i.e.; mask debate, anti-vaxers, holding virus spreading events etc.  While Trump fiddled, minorities burned, or died at an unacceptable rate when compared to whites.  Lacking health insurance and economic resources Trump just caste people adrift.  Misinformation and conspiracy theories reinforced by the 2020 election outcome, the George Floyd murder by a Minneapolis policemen heightened support for the Black Lives Matter Movement all of which contributed to the rift between the “red” United States and “blue” United States making people overseas wonder how the richest country on earth has made such a mess of things resulting in its precipitous decline over the last twenty years.

Bryant’s overall approach produces a tightly argued narrative that I would challenge anyone to disagree with.  It is thoughtful, based on personal experience, and relies on facts and reality, which for some is difficult to accept.