Over the years many books and memoirs have been written describing the imponderable experiences of survivors of the Nazi Holocaust.  The story line that I have found most unbelievable involves those individuals who escaped the Nazi imposed ghettoization of villages, towns, and cities into forests that adjoined their homes.  The latest narrative, INTO THE FOREST: A HOLOCAUST STORY OF SURVIVAL, TRIUMPH AND LOVE by Rebecca Frankel is a poignant description of eight hundred people who escaped the Belorussian village of Zhetel in August 1942 into the Lipiczany forest who by August 1944 was reduced to about two hundred.  The resistance/survival genre of the Holocaust was popularized in the 1980s with the publication of the book DEFIANCE and a film of the same name which told the true story of the Bielski brothers who defied the Nazis, built a village in the forest, and saved about 1200 Jews.  These stories reflect the tenacity and will to live by so many as is shown in Frankel’s description of the plight of the Rabinowitz family as they survived in a primeval forest near their home.

Frankel immediately captures the attention of her readers as describes a 1953 wedding in Brooklyn, New York attended by Philip Lazowski, a Yeshiva student who attended classes at Brooklyn College.  We soon learn that during the war that Philip left his home in Bilitz as the Nazis were massacring Jews and was protected by a woman and her two young daughters as the Nazis had moved on to the village of Zhetel.  While attending the wedding Philip recognized a woman named Miriam Rabinowitz, the same person who had saved his life.  This story and numerous others are recounted by Frankel as she delves into the many horrors that the Holocaust wrought to so many people.  Frankel’s monograph is a story of how people react to certain death and the triumph of the human spirit. 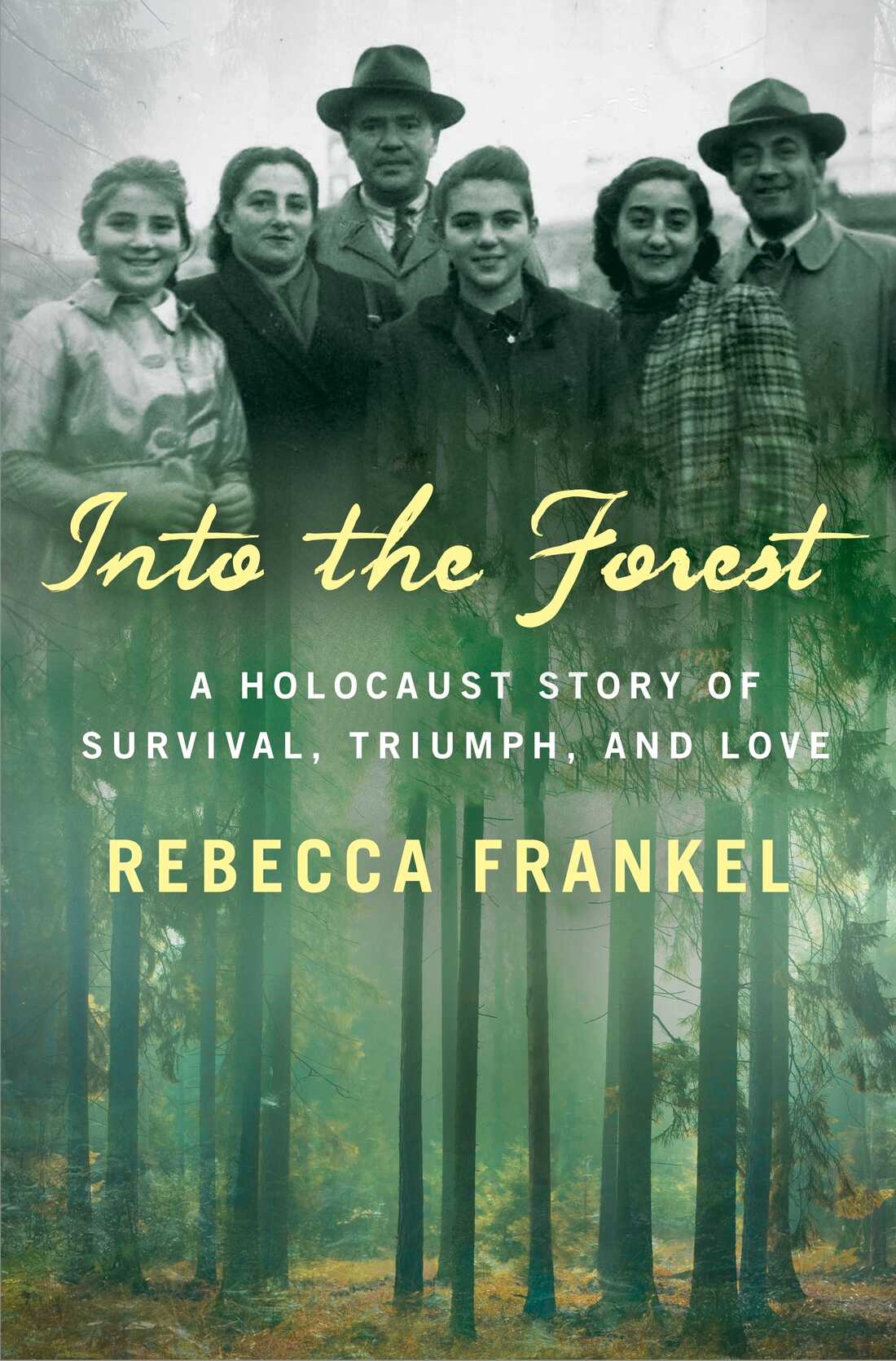 In telling her stories Frankel blends the course of the war and the Holocaust in a concise manner and its impact on the Rabinowitz family, Morris, Miriam, and their two young daughters Rochel and Tania, in addition to other relatives and people that they came in contact with.  Morris had been a businessperson who had acquired an intimate knowledge of forestry which would assist him and his family in their quest for survival.  Miriam had owned a medical shop that sold alternative remedies for injuries and disease, again her knowledge would later come in very handy.

Frankel explores the distinction between Nazi and Soviet approaches in dealing with Jews particularly after the Nazi-Soviet Pact of August 26, 1939, and the invasions by both countries dividing Poland in half.  Everyone is aware of the Nazi approach to the “Final Solution” of the Jewish people, but the Russians in many instances let their anti-Semitism block any cooperation with Jewish partisans who wanted to fight the Germans.  Once the Rabinowitz’s escaped into the forest the author describes the hardships they faced and how they went about surviving.  They would link up with Chaim Feldman’s family who were able to smuggle a wagon load of supplies into the forest and the two families were able to dig shelters and smuggle food into the forest through their friendships with Christian families forged before the war.

The book points to a myriad of rules and mores that were broken.  The forest would produce its own socio-economic structure that created friendships but also a degree of hostility as the woods created a society of have and have nots.  Frankel describes in intimate details how human relationships became tools of survival for women.  It was clear to many that the only way a woman might survive was if they had a relationship with a man for protection.  If these relationships happened to produce a pregnancy, abortion and allowing babies to die became the norm as any sound, i.e.; a crying baby could give away a position and result in another Nazi Selektion that would massacre the Jews.  Frankel delves into the fears, the highs and lows of living in the forest with death facing them each moment, the preparations to fight, and the interactions with others with the result that the reader should develop a high degree of empathy for victims of the Nazi genocide.

Many historical events and characters appear.  The Bielski brothers resided in the same forest as the Rabinowitz’s.  SS Obersturmbannfuhrer Oskar Direwanger who had the reputation as “the most evil man in the SS” leads the the killing squads that resulted in the death of over 10,000 in the first months of 1943 appears.  Herz Kaminsky, a man who lost his wife and child took in seventy people and protected them and acquired the nickname of “the father of all children.”  Numerous other personal stories are told each rendering the reader to ponder how they may have fared in this situation.

By the start of 1944, the 150,000 Russian partisans had taken control of the forests and the Soviet army began its march toward Berlin.  The Jews who lived in the forest had to navigate being caught between the surging Russian forces and the retreating Germans.  By September of 1944, the Rabinowitz’s and others were told by the Christian farmers that the Germans were gone, and they soon walked for weeks to return to the village of Zhetel which they found was occupied by the Soviet army and their homes and possessions gone.

The 1953 wedding is evidence of the randomness of survival and reconnection that followed European Jewry after the war.  Frankel’s extensive research based on interviews of survivors and their descendants tells a story of struggle and resilience and it will captivate the reader and in many instances bring forth thoughts of how people treat each other in desperate situations and what they will do to overcome and save themselves and their families.  This is a gripping story with a satisfying ending, which I recommend to all.