When one thinks of the terms ethnic cleansing or genocide usually the following comes to mind:  the Nazi Holocaust; the Turkish massacre of Armenians before, during, and after World War I; Pol Pot and the killing fields of Cambodia in the early 1970s; Serbian ethnic cleansing during the Yugoslav civil war of the 1990s; the Rwandan genocide of 1994; but few people place English policy toward the Irish over a period of centuries in this category.

One constant in England’s attitude toward the Irish throughout history has been one of subjugation and exploitation, either by out and out extermination and ethnic cleansing, or policies designed to benefit the rich landowners at the expense of the Irish peasantry, and of course the Great Famine of 1845 fostered in large part by England’s laissez-faire economic doctrine that decimated the Irish countryside.  By the late 1870s rural Ireland’s small land holders, again threatened with starvation and eviction began to rise up and fight for their ancestral home.  The story of the land war that ensued between 1879-1882, the major characters involved, Prime Minster William Gladstone’s attempt to bring peace and eventual independence to Ireland, and the assassination of May 6, 1882, that ended that hope is told in Julie Kavanagh’s latest book, THE IRISH ASSASSINS: CONSPIRACY, REVENGE, AND THE PHOENIX PARK MURDERS THAT STUNNED VICTORIAN ENGLAND.

Kavanagh’s effort has a number of key components.  After she provides an overview of Irish-English relations covering centuries she zeroes in on the 1870-1880s period.  It was a time that the Irish were still plagued by poor potato crops and the inhumanity of English property owners and their expectations from tenant farmers.  Certain characters dominate the narrative.  Charles Parnell, a progressive Avondale landowner who supported Irish independence emerges as the leader in Parliament and among the Irish people.  William Gladstone, leader of the Liberal party who returned to the Prime Ministership defeating Benjamin Disraeli and the Conservatives sought to bring peace between the tenants and their landowners by agreeing to improve the plight of the peasantry.  William Forster, Chief Secretary to Gladstone an empathetic man who felt for the Irish people, but with the Irish boycott and in the increased violence by the radical wing of the Irish Republican Brotherhood’s “Invincibles” he turned against reform.  Patrick O’Donnell, an Irish Republican accused of the murder of James Carey who turned out to be an “Invincible” snitch that led to the execution of five Irish Republicans.  Queen Victoria who despised the Irish and did little to ameliorate their situation. Katharine O’Shea, Parnell’s lover who had a deep impact on the thought process of the Irish leader.  Patrick Egan and Patrick Ford who worked from America to raise money for the Irish cause and had profound influence over the Irish cause through their leadership of the Clan na Gael, the American sister of the Irish Republican Brotherhood.

The author does a credible job introducing the main characters in the Irish drama recounting their backgrounds and the important roles they would play.  By 1880 the west of Ireland verged on a catastrophe as disease struck the potato crop once again resulting in starvation and hypothermia for the Irish peasants.  According to Kavanaugh the 1880 disaster was worse than the earlier Great Famine reflected in the lives of people in western Ireland who had little to show for their labors.  Many more would emigrate to the United States resulting in the loss of many talented people for Ireland.  Another important aspect of the new decade was that the English government now faced a new generation than those who were “spineless victims” of the Great Famine – now they faced a semi-revolutionary group of young men who led the Land League and instituted a boycott against landlords and anyone who supported them.  In October 1880 Parliament voted to suspend the Writ of Habeas Corpus allowing suspects to be imprisoned without trial.  Commonly known as the “Coercion Act” it would fuel Irish violence and move the Invincibles toward further assassinations.

The actions of Parliament and the Irish extremists would make it difficult for Parnell and Gladstone to consummate their agreement, the Kilmainham Treaty in which the Irish leader pledged to work diplomatically with Gladstone for peace and the eventual independence of Ireland.  What followed was planning that resulted in the assassination of Timothy Burke, Secretary to William Gladstone and Frederick Cavendish who replaced Forster as Chief Secretary which ended any hope for peace.

In one of Kavanagh’s best chapters “Coercion in Cottonwool” the author traces the planning and assassination attempts against English officials in great detail.  She introduces the perpetrators and the results of their actions.  She explores their thought processes as well as those of the victims.  It even reached the point that Forster hoped for his own assassination which would put him out of his misery of dealing with the Irish.  Once Parnell and his cohorts are arrested and released from prison and the Phoenix Park murders occur, Kavanaugh details the testimony of Invincible, James Carey, his trial and those he fingered, the revenge murder of Carey by Patrick O’Donnell, and his subsequent conviction.  In all areas Kavanagh offers intricate details which at times can be overwhelming.

A case in point was the relationship between Katharine O’Shea, her husband William, a member of Parliament, and Charles Parnell.  This segment of the book could be written as a historical novel by itself.  William O’Shea sought to be the intermediary between Gladstone and Parnell to enhance his career, so he allowed his own cuckoldom.  Further once Katharine became pregnant, William sought to reassert his husbandly rights, but the child was Parnell’s.  This aspect of the narrative is a bit much.

The book has so many aspects to it that Kavanagh should have been a little clearer in linking them to enhance the reader’s understanding.  With the substantial number of characters, many with their own agenda’s Kavanagh needed to improve how each character and events fit into the larger paradigm of the story which told in two parts.  First, Kavanaugh dissects the policies of Parliament and the Gladstone government and their internal debates that produces the opposition of the Irish Republican Brotherhood and the Land League.  Second she focuses on the legal drama that resulted from the assassinations and trials that followed.  The book can be confusing at times, and it would have helped if the monograph contained a series of maps that would allow the reader to follow the story from western Ireland, London, Paris, South Africa, and the United States. 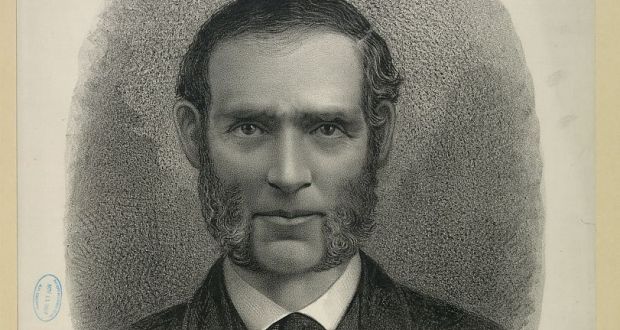 (Patrick O’Donnell was executed in London on December 17th, 1885, for the murder of James Carey)

The subject matter is of the utmost importance because of its impact on Irish-English relations for the century that followed.  It is a story that needed to be told and I praise Kavanagh’s effort, particularly her integration of primary materials whose personal excerpts allows the reader to understand the positions of the major characters.  But overall, though parts of the book read as a page turner, other parts are slow to develop and can tax the reader.

P.S.  Julie Kavanagh’s work was personally satisfying as she noticed the work of her father, a noted journalist who had researched the O’Donnell trial for a number of years.