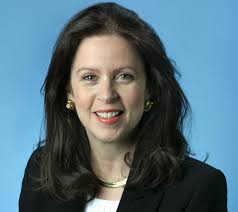 Middle East historian and correspondent Robin Wright has just written a perceptive article for the December 12, 2016 edition of the New Yorker that is worth exploring.  At a time when the Islamic State (or Daesh as it is known in the Gulf States) is now experiencing a number of major defeats since it created its “caliphate,” Wright’s article, “After the Islamic State” is very timely.  Her analysis concentrates on what should our policy be once Daesh is defeated.  As its territory recedes the west faces the prospect of more Paris and Brussel types of attacks as the “caliphate” changes the battlefield as American drones continue to target their leadership and fighters.  Wright recently traveled throughout the region and found ongoing wars in Syria, Libya, Yemen, and Iraq.  Further, Lebanon, Turkey, and Jordan have become sanctuaries for hundreds of thousands of refugees.  On top of this the oil rich Gulf States, she believes are very fragile.  The instability across the region has led to economic distress and high unemployment and the long term viability of certain Arab states is called into question.  The fear is that the destabilization that has manifested itself in Syria, Iraq, and Libya could spread across the region and engulf countries like Algeria, Morocco, or other Arab states.

In addition, Wright points out that the reemergence of al-Qaeda, i.e., the al-Nusra front in Syria is very problematical for the west and the Arab states.  Further complicating matters is the increased role of the United States with roughly 5,000 troops/advisors, drone attacks, and expenditures of $12.6 million per day on the eve of a new presidential administration that has done very little to educate the public as to what its policy might be in the future.  Iraq itself, despite its Mosul offensive against Daesh suffers from political paralysis and corruption.  Above all the dream of a caliphate is still out there and once Daesh is driven out of Raqqa, its supposed capitol, some other jihadi group will try and rekindle the concept.  Wright brings up a number of important issues and it would be well worth the time for the Trump administration and its European “allies” to think long and hard as to how to confront the future.