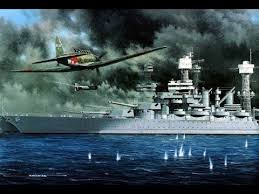 Steve Twomey is a superb writer whose new book COUNTDOWN TO PEARL HARBOR: THE TWELVE DAYS TO THE ATTACK is a useful addition to the list of books recently published commemorating December 7, 1941.  Employing numerous primary source documents, memoirs, interviews, and a mastery of secondary materials Twomey has recreated the tension filled days leading up to the Japanese attack. The reader is provided a front row seat from which to witness the debates within the Roosevelt administration, the work of the intelligence community, and the approach the American military took in responding to the Japanese threat.  In addition, the author explores the Japanese perspective on all events.

Twomey, a Pulitzer Prize winning reporter for the Washington Post incorporates numerous biographical sketches of the major figures and these sketches include Japanese as well as American figures.  Prominent on the Japanese side are Admiral Isoroku Yamamoto, the Vice Minister of the Imperial Navy, the architect of the attack; Kichisaburo Nomura, the Japanese Ambassador to the United States; Takeo Yoshikawa, a Japanese spy who took a job as a dishwasher at Pearl Harbor;  Admiral Harold Starks, Chief of Naval Operations; Admiral Husband Kimmel, Commander of the Pacific Fleet; Joseph J. Rochefort, Head of the Combat Intelligence Unit; William Knox, Secretary of the Navy; General George C. Marshall, Chief of the Army, and General Walter Short, Army Command in Hawaii, among others.

(Admiral Isoroku Yamamoto, the Vice Minister of the Japanese Navy who planned the attack)

Twomey follows the week and a half leading to the attack, providing context and analysis as he brings to the fore a number of issues.  The role of the Washington bureaucracy and its communications with military commanders is especially important, as is the flow of intelligence that was made available.  The intelligence issue is paramount because the United States had broken Japanese diplomatic and naval codes referred to as MAGIC and these intercepts had a limited dissemination.  The preparation taken by commanders in the Philippines and Hawaii receives a great of attention as does the inability of Washington to supply the numbers of planes and pilots for reconnaissance to provide a warning to deal with the Japanese threat.  Marshall and Stark had a limited ability to supply the Pacific theater, and even reduced Pearl Harbor’s forces by 25% to assist in the Atlantic war against Germany.

Twomey deals with those who were supposedly the most culpable for the lack of preparation at Pearl Harbor, and unlike Anthony Summers and Robbyn Swan’s recent book he finds Admiral Kimmel guilty of a lack of judgement in preparing his command and presents him as a person who had little contact with Japan, and believed they might bluff but would not be reckless enough to attack the United States.  Twomey also dissects the intelligence community concentrating on the cryptographic miracles that occurred in the “dungeon,” the nickname for Rochefort’s office.  Men like Lt. Commander Edwin T. Layton, a Lt. Commander of the intelligence division who held a strong knowledge of Japanese culture and language, and Capt.  Arthur H. McCollum, Chief of the Far Eastern Section of Naval Intelligence who assisted in the breaking of the MAGIC code are discussed in detail in an enlightening chapter entitled, “Their Mail Open and Read.”

A number of telling things emerge in dissecting the lack of preparation at Pearl Harbor.  Twomey’s critique of Stark is very accurate as during the course of 1941 up until the collapse of diplomatic negotiations with Japan at the end of November, his warnings to the Pacific fleet were like a “yo-yo.”  On January 13, 1941 he informed Kimmel that war “may be in a matter of weeks.”  On October 17, 1941 he told Kimmel that “I do not believe the Japs are going to sail into us,” but on November 7, 1941 he stated the situation was “worser and worser and in a month may see literally most anything.”  The problem as the author correctly points out is that Stark did not put himself in the minds of a commander with his double bind messages.  Further, Stark kept the Japanese intercepts away from Kimmel and General Short, and when messages that were forwarded did not include a threat to Pearl Harbor as it emphasized the Philippines. 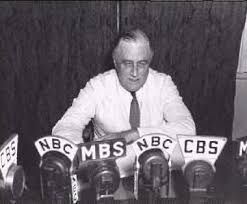 Another interesting chapter that Twomey presents deals with Army-Navy relations at Pearl Harbor.  The lack of trust, poor communication, and little or no training together by the two services before the arrival of Kimmel and Short is damning to say the least as is their lack of coordination of reconnaissance flights, the destination and location of naval forces, and other issues.  The situation does improve once the new command is in place, but it took a long time to try and undo the past relationship.

The role of Joseph Grew, the American Ambassador to Japan and his attempts at reaching a settlement between the two adversaries is interesting as is Secretary of State Cordell Hull’s negotiations with the Japanese in Washington.  The Japanese process was simple in its application of diplomacy, stall and create a charade of amiability until their navy was in place, then move quickly to the deadline date.  Another important component in Twomey’s narrative is his accurate portrayal of American racist views.  This deprecation of Japanese culture led to ridiculous views of the abilities of Japanese naval forces and their pilots.  Our view of their inferior technology, intelligence and decision making also contributed to the disaster of December 7th.   Another fascinating area is Twomey’s discussion of how American naval intelligence lost sight of Japanese aircraft carriers weeks before the attack.  They went silent and intelligence analysts could not determine its true meaning for the near future.  But, by December 3rd intercepts showed that Japanese diplomats were destroying their code machines and documents and they feared for their seizure once the attacks in the Pacific took place.  If Stark was convinced this was a prelude to war why didn’t he make firmer warnings to Kimmel?

In the final analysis Twomey argues American readiness for an attack on Pearl Harbor was an outright gamble.  After sifting through all the documentation the author can make the case that certain steps should have been taken by Stark, Kimmel, Short and others to prepare American forces for a Japanese attack.  However, those in charge in Washington and Pearl Harbor held the belief that the Japanese would not be ignorant enough to hit Pearl Harbor so distant from their home base.  The Philippines was most likely to be attacked, but for government officials, civilian and military, Pearl Harbor should not have been a target.  The question who is responsible for the disaster that followed, the blame could be spread around and should not be focused on one or two individuals.