After perpetrating the horror of 9/11 al-Qaeda leadership and its followers scattered with the expectation that they had provoked what would be a massive military response.  The path Osama Bin Laden and his family, al-Qaeda officials, and others took to escape the lethal American bombardment has been open to conjecture by historians and journalists for sixteen years.  The publication of THE EXILE: THE STUNNING INSIDE STORY OF OSAMA BIN LADEN AND AL QAEDA IN FLIGHT by Cathy Scott- Clark and Adrian Levy goes a long way in filling the gaps in what happened to Bin Laden and his followers, concluding in 2017.  The authors employ their investigative journalistic prowess to write the most complete account of the years the United States hunted for Bin Laden, al-Qaeda leadership, and operatives until their final capture or death.  What sets their work apart is that they rely on the stories of al-Qaeda leaders, gunmen, planners, spiritual guides, fighters, and family members told to them through countless interviews.  We witness the failure of the Bush administration to take out Bin Laden as they immediately pivoted to the invasion of Iraq, the rise of the Islamic State, the truth of what occurred in Abbottabad, Pakistan on May 2, 2011, and the individual stories of countless al-Qaeda and Taliban members as they sought to survive.

The narrative begins with Osama Bin Laden listening to a radio inside a cave north of Khost to what he hoped would be news of a successful attack on the World Trade Center.  What is interesting from the outside is that the authors report that the al-Qaeda Shura was actually divided as to the pursuit of the “plane operation” strategy.  Mahfouz Ibn El Waleed who Bin Laden relied upon to create religious justifications for his actions led the faction that opposed the attack.  El Waleed was also known as the “Mauritanian” served as Bin Laden’s go between with Taliban leader Mullah Omar, and arranging for Bin Laden’s family to seek refuge in Iran.  The authors also focus in on Sulaiman Abu Ghaith, a Kuwaiti cleric who prepared Bin Laden’s video reaction to the World Trade Center success and also accompanied the Bin Laden family to Iran.  Further, al-Qaeda kept the Taliban leadership in the dark over the 9/11 plan.

The authors present exacting detail in all aspects of the narrative.  They even discuss Bin Laden family turmoil involving Osama’s four wives, two of which were extremely religious and committed to their husband’s policy of jihad.  The authors discuss Bin Laden’s treatment of his wives and children and he comes across as an insular figure who marries off his daughters to mujahedeen, and educates his children to carry out his jihad.  When certain sons and daughters do not measure up he has no problem dispatching them to other family members or acolytes.  The family’s plight is based on interviews and we see their terror when exposed to American drones and bombing.  The role of Iran in this process is very interesting in that Teheran is willing to provide sanctuary to many family members.  At the outset Iran, long disassociated from the United States offers intelligence and other assistance to Washington.  However, within the Iranian government there was a split between a reformist faction led by President Mohammad Khatami and Quds Force Leader Qassem Suleimani over whether to turn over Bin Laden family members to the United States.  However, President George W. Bush’s “Axis of Evil” speech put an end to any improvement in Iranian-American relations and led to Suleimani’s dominance over policy.  Sadly, the Bush administration’s obsession with Iraq led to the lost opportunity of possibly improving relations with Iran as both wanted to destroy al-Qaeda and the Taliban.

The authors review the role of the ISI, Pakistan’s version of the CIA that has been told in a number of places.  They reach the same conclusions as previous authors and officials that the Pakistani government was not to be trusted and were in bed with the Taliban, al-Qaeda, and other jihadi elements.  Under President Pervez Musharraf and those that succeeded he in office the Islamabad strategy was to milk the United States for as much military and domestic aid as possible, feigning support, which at times did include military operations against al-Qaeda and the Taliban.  The lack of Pakistani government control in the border areas of Waziristan allowed al-Qaeda, Taliban and other jihadi groups a sanctuary from American attack.  CIA frustration with ISI and Pakistani government duplicity dominate the narrative.

The authors detail Bin Laden’s escape from the Tora Bora caves north of Khost.  Abu Musab al-Zarqawi and his men were also present in the area and along with al-Qaeda militants the authors describe how unnerved they were by the massive US bombing and the hundreds of people that were killed.  It appeared to CIA Station Chief Robert Grenier in Islamabad that al-Qaeda and Bin Laden would withdraw into Waziristan, Pakistan’s “no man’s land” and he had no faith that the Pakistani promise to interdict them would take place.  In fact the Mumbai attack in India took place at the same time, resulting in Pakistani troops moving to its border with India, a change that seems almost too coincidental.  Grenier asked general Tommy Franks for troops to keep al-Qaeda and Bin Laden boxed in, but he refused, almost guaranteeing their escape.  Franks’ argument was that he did not want to commit troops and make the same error as the Soviet Union.  This may have played a role in his thinking, but Dick Cheney and Donald Rumsfeld had already turned to regime change in Iraq.

The authors dig into the evolution of US interrogation techniques paying special attention to Dr. James Mitchell, a clinical psychologist who had no practical experience with this type of interrogation, i.e., waterboarding, walling, diapers, insects, etc. a policy approved by Attorney General John Ashcroft in July, 2002.  The narrative presented is based on the diary prepared by Abu Zubayda, a Saudi born Palestinian logistical expert who sent recruits and funds to jihad training camps in Afghanistan from Peshawar.  This diary provides an amazing picture of “ghost detainees” in the CIA’s covert rendition program and was the first to undergo enhanced interrogation techniques.  Other sources include Justice Department documents, CIA tapes, and US Senate Reports. 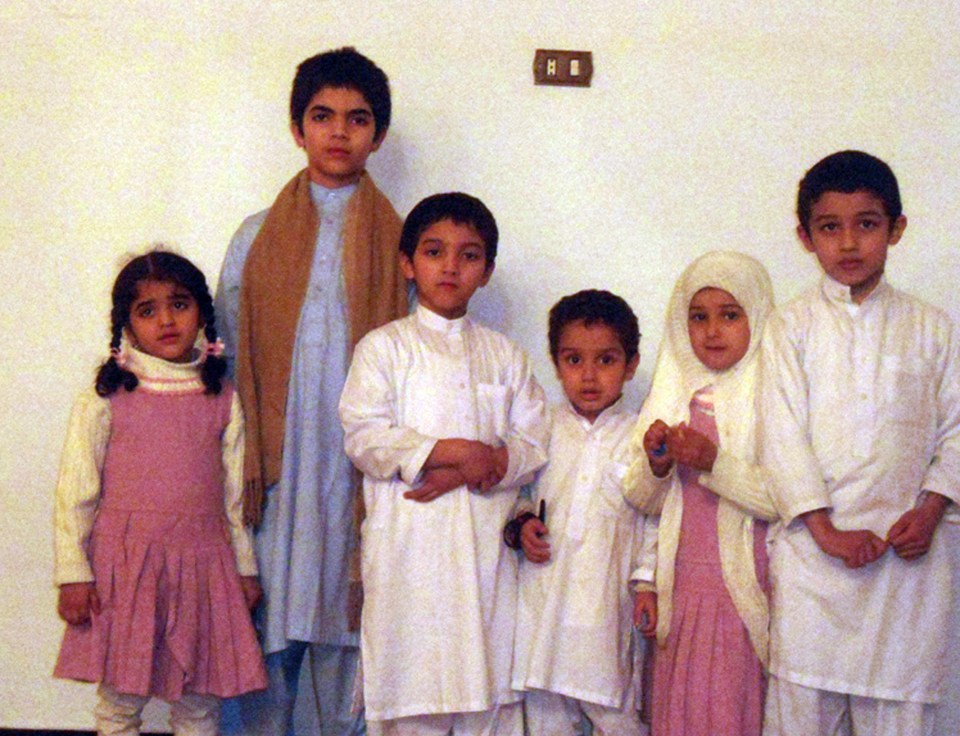 The chronological approach chosen by the authors covers most aspects of the run up to the war in Iraq, the Sunni uprising led by Zarqawi until his death, events in Afghanistan, including the resurgence of the Taliban, the role of Iran, and US strategy to achieve its goals in the region.  Integrating the narrative with the plight of the Bin Laden family by concentrating on Osama’s journey that resulted in his five year residence in his compound in Abbottabad is extremely important in terms of the final capture.  The American raid is described in detail as is the role played by Bin Laden’s Pakistani allies.  Interestingly, according to the authors the Bin Laden family was about to move from the compound and travel to Peshawar.  At the time of his death Osama Bin Laden was buoyed by the developing Arab spring, the economic crisis in the United States, and the unrest in Pakistan.  His plan was to leave Abbottabad to “reinstate the rule of the Caliphate” in Peshawar.  However, differences with Ibrahim, aka Abu Ahmad al-Kuwaiti, assigned to be Osama’s constant companion delayed his departure, resulting in the successful American raid.

Perhaps THE EXILES most important contribution to the growing source material on 9/11 and after is how they took the myriad of interviews of their subjects and formulated a clear and incisive narrative that explains how Osama Bin Laden and his family were able to escape to Pakistan, resulting in their claustrophobic life in Abbottabad as the US continued its search for years.  The book fills an important gap in the historiography of its subject, and though at times is very rigid in its reporting, it a major contribution for academics and general readers alike.