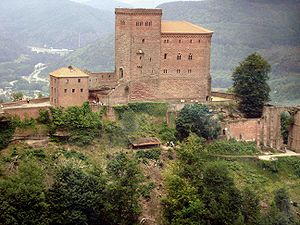 In a July 20, 2016 interview with the New York Times, author Oliver Potzsch remarked that in his latest book, THE CASTLE OF KINGS his goal was to write a “German Ken Follett” type novel.  The story is set in the Holy Roman Empire during the 16th century.  At the time Germany was made up of a large number of principalities whose princes owed fealty to Charles V, the Holy Roman Emperor.  The period described in the novel is in the midst of the 1524-1525 Peasant Wars between the German princes and their peasants who revolted against the high rents they were charged to work the land.  The situation was also exacerbated by the continued religious struggle that was launched by Martin Luther that would lead to the Protestant Reformation.

The novel begins in the Palatinate, a small German principality that the Rhine River navigates.  Mathis a sixteen year old boy is returning from an errand delivering horseshoes for his father who is the blacksmith for the castle of Trifels.  On his route through the small town of Annweiler he passes a large gathering of people who are about to witness the hanging of three individuals, one of which is Mathis’ own age.  Due to the socio-economic catastrophe caused by the plight of the peasants, families were starving and the therefore resorted to poaching, a crime punishable by death.

The novel itself meanders with a Folletesque tinge.  We find a developing love story between Agnes, a falconer, and daughter of a knight who is the castellan of the Castle at Trifels, and Mathis, who is the son of a blacksmith.  As Agnes and Mathis are confronted by the mores and social norms of the time period one is reminded of the love story between Ned Willard and Margery Fitzgerald in Follett’s latest novel, PILLAR’S OF FIRE.

The novel presents two worlds that are on a collision course.  Agnes’ father Philipp Schluchteren von Efernstein represents the feudal code of knights and the courtesies that men offered each other even on the battlefield.  There are a number of scenes, both peaceful and violent whereby this plays out.  Efernstein’s beliefs are confronted by modernity, particularly when it came to the battlefield.  The development of gun powder and artillery is replacing courtly combat that relied on broad swords.  Efernstein has difficulty accepting this and the kinds of agreements one must make with other Dukes, Counts, and former knights in order to survive.  This generational gap is also seen in the relationship between Mathis and his blacksmith father, Hans Weilenbach who has casted swords and armor for decades and now must deal with a son who has become an explosive expert.

Potzsch has created a number of story lines which all seem to intersect.  Mathis’ development as an expert in the deployment of artillery and his relationship with Agnes who must deal with a stubborn father.  The presence of robber knights like Hans von Wertingen and their impact on the local economy and the lives of everyone, Dukes and peasants included.  Agnes’ obsession with her dreams which present a 13th century figure named Johannes of Brunswick  and his alleged conspiracy haunts her – what do they mean and what is his relationship to her contemporary world?  The relationship between Erfenstein and a young Count, Frederick von Lowenstein-Scharfeneck who enter into an alliance which has a major impact on all the major characters, the machinations pf Mayor Bernwart Gessler of Annweiler, the role of the Peasants Revolt and the rebels who live in the forest who organize to deal with the high burden of taxes and the demands not only by secular leaders, but the Catholic Church itself.  Lastly, and most importantly is Agnes’ quest to learn the history and significance behind a ring that belonged to Frederick Barbarossa that falls into her hands leading Agnes to a monastery where the secrets are hidden.

Potzsch has woven an intricate and complex plot that makes excellent use of German history.  The conflict between Luther and the Church, the peasants and the princes, and princes against princes dominates.  What emerges is a series of flawed characters that Potzsch develops with remarkable detail.  Efenstein, Agnes, Mathis, and von Lowenstein-Scharfeneck have already been mentioned.  But individuals like Father Tristan, Agnes’ confessor and medical healer, Shepherd Jockel, a peasant leader, and Melchoir von Tanningen, a traveling minstral and swordsman, in addition to the brotherhood of 12 whose secrets can alter the course of European history contribute greatly to plot development.

Potzsch’s creativity creates many twists and turns as the murders and disingenuous behavior on the part of a number of characters continue to mount.  Potzsch describes beautiful landscapes, dark castles, Rhine River rapids, information about arquebuses, falconets, mercenaries, and a wonderful summary of the Hohenstaufen and Habsburg monarchies.  This is a big book, but an engrossing and enchanting one at times that is well worth the read.  Again, if you enjoy Ken Follett, you most certainly will enjoy Oliver Potzsch. 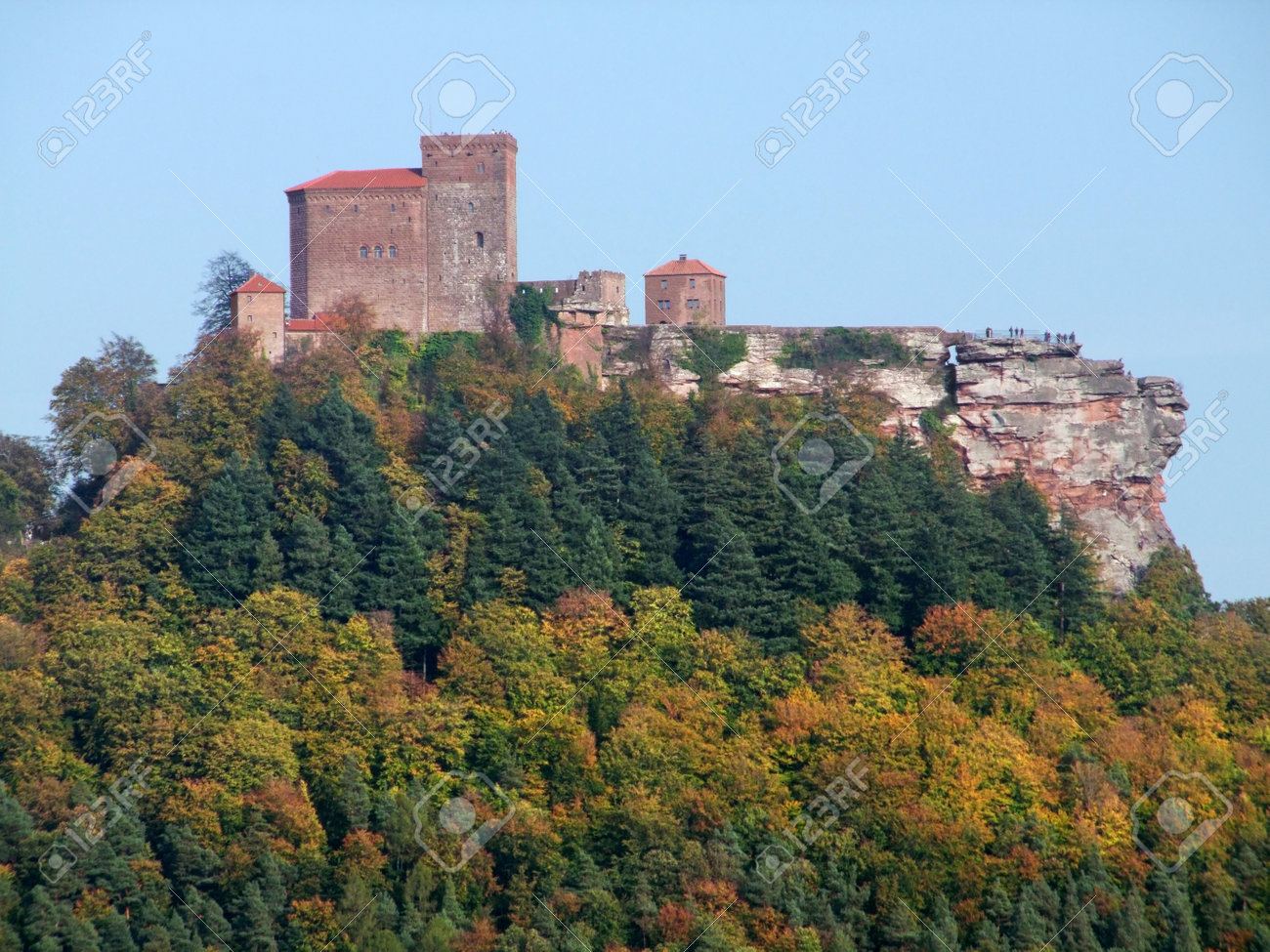