At a time when we hear about weapons of mass destruction and a possible nuclear attack from North Korea it is interesting to contemplate the origins of such weaponry.  During World War I unbeknownst to most people living in the Spring Valley neighborhood of Washington, DC the United States Army in cooperation with American University set up a chemical proving ground on campus.  The area was known as “Death Valley” or “Arsenic Hill,” while soldiers referred to it as “Mustard Hill.”  The area was long forgotten until January, 1993 when a cache of chemical weapons was found on a construction site nearby.  Throughout the First World War this area was called the American University Experimental Station, augmented by the discoveries of January, 1993 and the overseas news dealing with the chemical attacks in Syria by the forces of Bashir Assad, and the fears raised by ISIS, government officials were prodded into action.  A new book by Theo Emery entitled, HELLFIRE BOYS: THE BIRTH OF THE U.S. CHEMICAL WARFARE SERVICE AND THE RACE FOR THE WORLD’S DEADLIEST WEAPONS investigates the American role in developing chemical warfare and its profound repercussions.

Emery begins by describing what is believed to be the first chemical attack during World War I.  It occurred on April 22, 1915 when the Germans launched their chemical canisters against British and French forces at the Battle of Ypres.  The author offers a vivid description of the attack and its effect on those caught in its gaseous haze.  The attack’s importance centers on the fact that it spawned a “chemical” arms race in a war that already had produced an unmeasurable amount of casualties and devastation, it soon became the “Chemist’s War.”  As Emery describes the development of chemical warfare he does the reader a great service by integrating his storyline into the larger picture of the war. 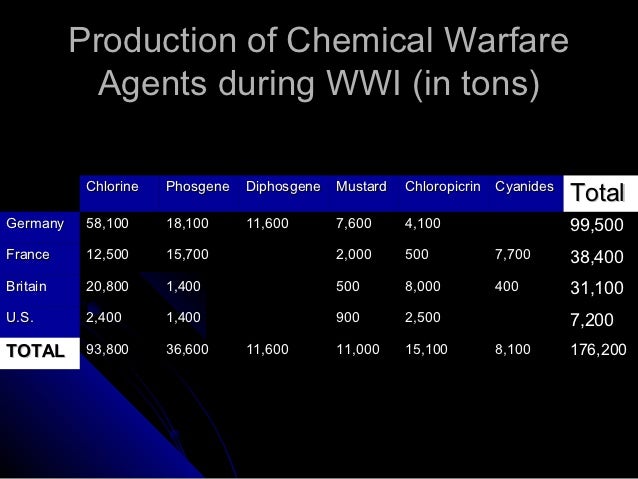 America’s involvement in this arms race starts with the role of the US Bureau of Mines.  Headed by Vannoy Hartog Manning its charge was safety of miners, but also researching poisonous gases seeping from rock formations. From that beginning the United States engaged in an often rocky road to research, develop, and have ready for wartime use a number of toxic gases for the battlefield.  It began with a need for the production of millions of gas masks for troops and civilians.  For this factories, laboratories, along with enlisting the assistance of doctors to study the effects of the gas were put in place.  What emerges is a somewhat shaky partnership between the government, particularly the military, and the private sector, that eventually come to be called the “military-industrial complex” by President Dwight D. Eisenhower.  The productive process to meet the German “gas” challenge would involve many different geographic locales across the United States with its headquarters at American University in Washington, D.C.

Many important individuals are introduced by Emery accompanied by short biographical sketches.  Men like Vannoy Hartog Manning who headed the Bureau of Mines; George Burrell, in charge of laboratory research at the American University site; George A. Hulett, a Princeton Professor who sent Manning to study the battlefield situation and the role of gas as a weapon; Major-General William Luther Sibert, who would eventually be put in charge of the army’s gas program; Lt. Colonel Amos A. Fries, an engineer that became the head of “gas services,” and made the important discovery that the United States knew little about gas warfare as it entered the war.  In addition to these men General John J. Pershing plays a significant role as the American commander in Europe as does James B. Connant, in charge of developing the lethal American “mustard gas” program designed to combat what the Germans were bringing to the battlefield.  A number of interesting characters also emerge that include the German spy, Walter Scheele, who to avoid imprisonment worked with the Americans by offering his knowledge of German gas research; Winford Lee Lewis, a Northwestern chemistry professor studies how metal shells corrode from toxic chemicals that led to the creation of lewisite, America’s most toxic weapon; and Richmond M. Levering, an oilman from Indiana who had many dubious business dealings with the government, but was placed in charge of the captured German spy network in the United States.

(James B. Conant, supervised the development of mustard gas)

Emery also devotes a great deal of coverage to the role of regular American troops.  Emery takes us to the trenches of Europe and the research facilities that were created.  In so doing the reader is exposed to an intricate description of what it was like to be caught in a chemical war. One of the most interesting characters is Harold J. Higgenbottom, an early recruit to the First Gas Regiment and through his eyes we see the battlefield in addition to the effects of gas warfare in the field.  Higgenbottom’s buddy, Thomas Jabine is also discussed as he too was one of the first to join the Gas Regiment, and as a chemist he was sent to Europe, but he was gassed near Charpentry in October, 1918 and spent the remainder of the war recovering.

What is important to realize is how unprepared the United States was to engage in a chemical war in Europe.  As “gases” became to be seen as offensive weapons and a major part of the military arsenal, Washington had to catch up, quickly.  In a rather haphazard way, Emery is very effective in analyzing the American approach to chemical warfare.  He offers an effective summation of the allied use of phosgene and chloropicrin gases that were used at the Battle of Arras by the British as the United States declared war on Germany in April, 1917.  Emery offers a vivid description of “Camp” American University from its building expansion, recruitment of chemists, organization, and constant growth.  Further, Emery explains how the government grew frustrated with the private sector and developed its own production facilities, i.e., production of gas masks and later mustard gas.  To the authors credit he explains each chemical and how it was developed, and applied in such a way that a chemistry novice like myself could understand.

One of the most vivid chapters in the book is entitled “Science and Horror,” where Emery describes the first encounters of US troops with German chemical attacks.  Again, through the eyes of Harold Higgenbottom we learn that part of the problem was the poor training and equipment that did little to offset German attacks.  American soldiers suffered ghastly attacks and in many cases they were left to suffer horrible deaths as they lay in the trenches.

There was a great deal of bureaucratic infighting throughout the war between the Corps of Engineers, the US Army, and the Bureau of Mines.  Fries argued for a separate gas service as did General Pershing.  Numerous examples are offered as production was deemed to be unacceptable.  Finally on June 25, 1918, President Woodrow Wilson settled the matter by issuing an executive order placing the Research Division and the American University Experimental Station under the War Department.  All in all, some 2000 chemists were at work across the United States.  To justify this radical change in military strategy the US Army launched a massive publicity campaign to educate Americans on the importance of interjecting chemicals into warfare.  The Germans may have had a head start in chemical warfare but by June, 28, 1918 when President Wilson signed General Order 62 creating the Army Chemical Warfare Service on par with the Corps of Engineers the US stockpile had caught up, and would soon surpass the Germans.  It is interesting to note that by the summer of 1918 American commanders were recommending that 50% of all shells employed in combat have a chemical component.

The final section of the book is devoted to the immediate post-war period that focused on what government policy would be toward the use of chemical weapons, and educating the public that was kept in the dark during the war.  First, was the issue of disposal that led to sinking a great deal of the US stockpile in the Atlantic Ocean.    Environmental concerns really were not even imagined.  Along those lines many corporations vied for parts of the stockpile for their own industries and bidding and the transfer of chemicals to the private sector did take place.  Second, was the the debate led by Secretary of War Newton Baker who opposed the continuation of the Chemical Warfare Service.  The opposition was led by Lt. Colonel Fries who felt it was imperative to maintain stockpiles and continue production as a matter of national security.  Interestingly in 1925 the Geneva Protocol for the Prohibition of the Use of Asphyxiating, Poisonous, or Other Gases, and Bacteriological Methods of Warfare was agreed to under the auspices of the League of Nations.  Even General Pershing favored it, but he was unable to convince the US Senate to ratify the treaty.  It took until January, 1975 for President Ford to sign the treaty that the Senate finally ratified almost fifty years later.

Emery’s monograph is an important contribution to the field of WWI weaponry as it explains how and why the US integrated chemicals into its arsenal.  This change led the US and many other countries on the road to incorporating new chemical discoveries and their application to war.  All one has to do is listen to the news almost on a daily basis to understand how relevant Emery’s research is to today’s world, particularly when the work of chemists and other scientists that began in 1915 set the US and the world on a path that today is laden with chemical weapons.