The popularity of the new film, “The Post” has refocused the attention of many people on the PENTAGON PAPERS and the Vietnam War.  Daniel Ellsberg’s leak of the history of the war commissioned by then Secretary of Defense Robert McNamara to the New York Times created a crisis atmosphere that was settled by the Supreme Court.  In his latest book, THE ROAD NOT TAKEN: EDWARD LANSDALE AND THE TRAGEDY OF VIETNAM, Max Boot, a Senior Fellow in National Security Studies at the Council of Foreign Relations, revisits the war and the life of one of the most interesting figures associated with it.  Lansdale was a former advertising executive who strongly believed in capitalism and American democracy.  He would join the Office of Strategic Services during World War II, become an advisor and intelligence officer in the Philippines and South Vietnam, and possessed a vision of how to deal with communist advances during the Cold War.  His realpolitik rested on winning the loyalty of indigenous people through honesty, respect, and a willingness to work with and treat people with humanity.  Boot has written a superb biography of Lansdale who hoped to win the “hearts and minds” of people as opposed to acting as a typical colonial oppressor.

Lansdale first made his reputation in the Philippines as he advised the Philippine army in defeating the Hukbalahap (Huk) Rebellion against then President Elpidio Quirino.  Lansdale’s work in the Philippines was a petri dish for his strategies, reputation, concept of nation-building, and counter-insurgency.  Working with the Secretary of National Defense, Ramon Magsaysay he was able to achieve one of the few American successes in nation-building after World War II as he orchestrated his rise to the presidency in 1953.  The problem for Lansdale was that he was unable to transfer the strategy and techniques that worked in the Philippines to Vietnam.

Boot begins his narrative with a discussion of Lansdale’s life and career before he was dispatched to the Philippines.  After spending roughly a quarter of the monograph on Lansdale’s counter-insurgency education in the Philippines, Boot moves on to his initial exposure to Vietnam and his early relationship with Ngo Dinh Diem.  As Boot proceeds he provides a detailed discussion of French colonialism until their disaster at Dienbienphu, and a short biography of Ho Chi Minh and his rise to leadership in the Democratic Republic of Vietnam.

Boot’s overriding theme is that had American policy makers, including presidents, cabinet members, bureaucrats, and other policy makers listened to Lansdale’s advice the course of the Vietnam War might have been different.  He does not say that North Vietnam would have been defeated, however the way the United States conducted the war would have been different and at least civilian deaths and American casualties would have been lessened a great deal, and perhaps the United States’ ignominious departure would not have taken place as it did.  For Boot the key was the removal and assassination of Diem from power in 1963 as there was no one who could take his place and what resulted was a series of coups by generals who had no political support outside of the military.  Diem may not have been the best of leaders, but at least he kept the Saigon government somewhat unified for almost a decade.  Boot’s thesis is sound and it is well supported through analysis and his access to materials that previous biographers did not have available.

Lansdale’s view of nation-building can best be summed up in the advice he offered Diem in June, 1954 when he stressed the need to bring the nationalist political parties in an anti-communist coalition, create public forums around the countryside where government representatives could hear from people, and immediately adopt a Philippine style constitution among many suggestions.  For Lansdale psy-ops, methods of mental and emotional manipulation and soft propaganda were the key to success, not bombing people back to the Stone Age.  Lansdale would take the time to learn about the countries he was assigned to and prepare in depth original analysis that were incomparable.  He argued that insurgencies arose from chaotic, impoverished conditions, and any success would only result from meeting the needs of the people by creating functioning state institutions.  Washington’s decision to withdraw Lansdale from Saigon in late 1956 and failing to replace him with someone who could have at least a benign influence on Diem was a major error.

Lansdale was a complex individual who may have been the model for characters in two Graham Greene novels, THE UGLY AMERICAN and THE QUIET AMERICAN.  Boot examines Lansdale’s character and private life in detail as he had access to recently opened government files, letters, and diaries from Lansdale’s children, in addition to the correspondence with Patrocinio Yapeinco Kelly (Pat Kelly), who was his mistress in the Philippines, and years later became his second wife.  Boot describes his relationship with many of the important historical figures of the period.  An important aspect is how Lansdale’s personality was an asset to his work throughout the 1950s, but once the Kennedy administration came to power his influence waned, especially since he and Robert McNamara did not see eye to eye.  Lansdale may have had the ability to get foreign leaders on his side, but he was not very effective in dealing with the bureaucracies in Washington who ignored his advice and pursued their own agendas.  It seems that only Lansdale had the skill and relationship with Diem to get him to reform.  Instead of appointing Lansdale as ambassador to South Vietnam, President Kennedy made him assistant to the Secretary of Defense for Special Operations.

Boot carries his analysis further as he explains how Lansdale’s second tour in South Vietnam between 1965 and 1968 did not go as well as he had hoped.  During the Johnson administration he would once again be marginalized and would leave Saigon as a “beaten man.”  Once again resentment from his many critics and his inability to work with people outside of his circle did him in. Boot does an effective job introducing the major characters Lansdale had to deal with.  Each character from Alan Dulles, Ngueyen Cao Key, Ramon Magsaysay, Robert McNamara, Daniel Ellsberg, Ngo Dinh Nhu, to numerous others is presented through a short biography that is integrated into the narrative for the reader.  Boot is an excellent writer and has uncovered a great deal of new information.  Perhaps one of the most interesting chapters in the book entitled “Waiting for the Second Coming,” explores Lansdale’s second tour in South Vietnam and how Lansdale became irrelevant.  It is a shame because by 1966 “Lansdale was generally far more realistic in his assessment of the situation than Westmoreland, Lodge, and other senior officials. And less prone to trumpeting illusionary progress.” (500)  There are many other important chapters in the book including one dealing with Operation Mongoose, headed by Lansdale designed to eliminate Fidel Castro once he came to power in Cuba; material that highlighted Lansdale’s testimony in the Senate hearings into the CIA in the mid-1970s; in addition to a discussion of Lansdale’s relationship with Daniel Ellsberg.

What makes Boot’s contribution to the historiography of the Vietnam War important is his examination of events, personalities, and strategies through the world view of someone, who with hindsight, turned out to be quite accurate in his predictions.  Lansdale lived a fascinating life and his impact can still be seen in American counter-insurgency doctrine as applied in Iraq and Afghanistan.  Lansdale was a believer in “soft power,” not the “Westmoreland approach” as Philip Caputo puts in his memoir, A RUMOR OF WAR, “Our mission was not to win terrain or seize positions, but simply to kill: kill communists and to kill as many of them as possible.  Stack ‘em like cordwood.” (475) 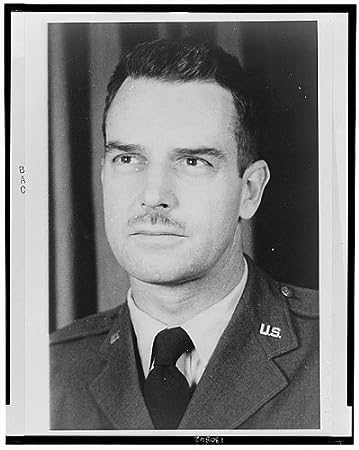