Simon Mayo is one of England’s most well-known broadcasters who began a writing career six years ago with a bestselling children’s trilogy.  The radio disc jockey first attempt at adult fiction is his new book,  MAD BLOOD STIRRING set at the conclusion of the War of 1812, a war that lasted three years and for many historians is considered America’s second war for independence.  The book begins as the captured crew from the American ship, Eagle is marched to the notorious English prison, Dartmoor.  Once inside the prison, the sailors led by Joe Hill interrupt a boxing match were a black boxer, on the verge of winning his match is beaten with a wooden plank.  As the match ends Hill announces to the hundreds in attendance that the United States and Britain have signed a peace treaty and the war is over.  The response from a group of black prisoners named Habakkuk (Habs) Snow, Ned Penny, and Sam Snow who were taken from their ship, the Bentham, eighteen months before is one of skepticism and disbelief.

Dartmoor housed over 6000 American prisoners during the War of 1812 of which there were roughly 1000 black sailors.  Using the captured sailors as his main characters, Mayo has written a five act play that somewhat mirrors a Shakespearian tragedy.  The core of the story revolves around the life of American prisoners of war seized by the British during the fighting.  With the conflict over, the POW’S where be released, however, the American Congress needed to ratify the Treaty of Ghent as the British Parliament had.  During the interim the prisoner’s life would continue in the seven cell blocks that made up the prison as they had for the previous eighteen months.  Murder, physical attacks, nasty personal confrontation, poor food, little freedom, and of course segregation of whites from blacks was the order of the day.  Block number four housed the black prisoner population and was led by a former Maryland slave who was six feet eight and commanded great respect.  King Dick, whose real name was Richard Craftus ran a tight ship, but had a soft spot for Shakespeare and his men.

There is a high degree of historical accuracy in Mayo’s presentation.  Block four did stage Shakespearean productions, including Romeo and Juliet, the signing of the Treaty of Ghent did not produce the immediate release of the prisoners, and the hostility between rival prisoner groups did explode into violent bloodshed.  Mayo builds upon the historical backdrop to produce a novel that  that wreaks of loyalty, doomed love, and a series of dashed dreams.  The themes are numerous from British haughtiness, blatant racism, the role of theater in assisting prisoners to deal with their daily plight, the fear of smallpox, human relationships, and the daily monotony of prison life.

Mayo has created an interesting template for his novel juxtaposing a theater group of black prisoners performing Shakespeare as a major construction for the story, that can be considered its own play.  The constant references to the Bard, be it Othello and other plays and the rehearsals for Romeo and Juliet within the confines of Dartmoor is surprising and it seems to carry much weight throughout the novel.

The most important relationship that emerges from the story is that of Joe Hill, the sixteen-year-old white sailor and that of Habs Snow, a black prisoner.  Their friendship is a testimony to their survival and its greatest test revolves around a kiss that takes place in a scene from Romeo and Juliet as Hill portrays Juliet, and Habs plays Romeo.  It is a test of the mores that exist in the prison but also in society at large.  There are other sideshows to the main plot; the affair between Dr. George Magrath, the prison physician and the wife of the prison commander Captain Thomas Shortland; the actions of Horace Cobb and Edwin Lane two members of the “Rough Allies,” a thuggish gang that despises black prisoners as much as they do the British; in addition to many others that exist throughout Dartmoor’s seven cell blocks.

The story culminates with a nasty prison riot that upends several important relationships and leads one to believe that Mayo has written a novel that should be the basis for a film script.  The book could be enhanced with greater character development and depth of story, but it is a satisfying yarn, that should attract the reader’s interest as Mayo brings his plot to conclusion with several twists and turns.  If the book is turned into a movie script, a a good production staff can enhance the storyline and create a moving experience for a possible viewership. 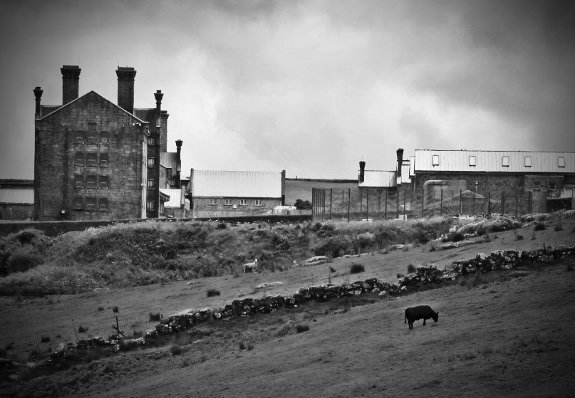