Today the Polish government is ruled by the Law and Justice Party (abbreviated to PiS).  It is a national-conservative, and Christian democratic party, currently the largest in the Polish parliament.  In the last two years the party which is extremely nationalistic, has created controversies on several fronts.  It is a country where hateful language is pervasive leading to the murder of the mayor of Gdansk, Pawel Adamowicz on January 13 of this year.   Last February the government passed a new amendment to the Law of Remembrance making it a crime to refer to Nazi concentration camps as “Polish,” further it threatens legal punishment for anyone who publicly implies Poles’ involvement in Nazi crimes against the Jews.  Further, a few days ago on January 27th, Polish far right nationalists gathered at the Auschwitz concentration camp to protest, at the same time as officials and survivors marking the 74th anniversary of the camp’s liberation in an annual ceremony.  Lastly, Poland’s “New Populism” has led the PiS to be more critical of the European Union as the country has become more nationalist and Euro skeptical.  Andrzej Duda, the PiS supported Polish president, recently referred to it as an imaginary community.  Today’s current version of Polish democracy and economic growth began in the 1990s as the Soviet Union collapsed, rests on the success of the Solidarity movement of the 1980s.   However, one must return to early 1980s for one of the key reasons for Poland’s transformation from a Soviet satellite to a free country.  The events of the period is the subject of Seth G. Jones’ new book A COVERT ACTION: REAGAN, THE CIA, AND THE COLD WAR STRUGGLE IN POLAND which describes the little-known story of the CIA’s operations in Poland  which resulted in a major victory for western democracy which raises questions in the minds of many as to where the Polish government is taking its people domestically and the world stage and do the principles that so many believed in and fought for at the time still persist. 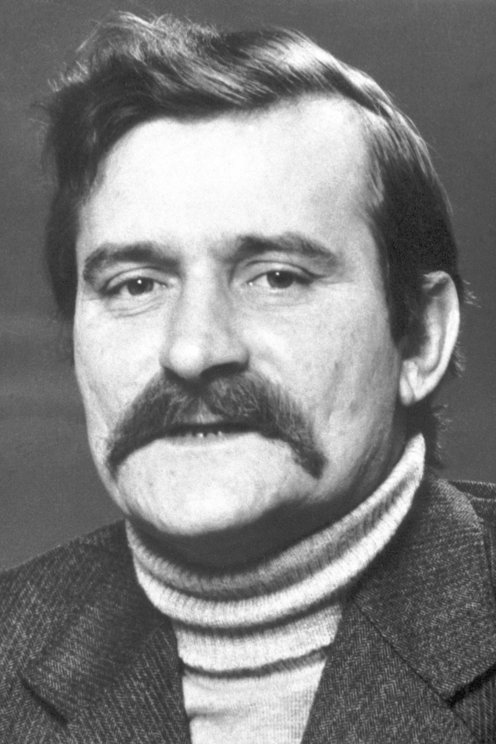 Jones’ account of the events of the 1970s and 80s that spawned Solidarity, Poland’s flowering democratic movement, is concisely written, analytical, and reflects a great deal of research.  The narrative, in part, reads like a novel as events and movements  travel quickly and build upon each other.  Jones reviews the Cold War decisions that created Poland after World War II, from Yalta to the crackdowns against democracy in Poland in 1970, the strikes and demonstrations against Soviet domination, culminating in the Solidarity movements birth in Gdansk to the declaration of martial law by the Polish government in December 1981.  The usual historical characters from Joseph Stalin, Wladyslaw Gomulka, Edward Gierek, Jozef Klemp, appear to set the stage for the 1980s crisis.

Jones’ theme is clear-cut – his story is the CIA’s effort to strike at the heart of the Soviet Union in Eastern Europe.  President Reagan wanted a clear break of Soviet control  and with his support the CIA built a program that took the Cold War to the Soviet’s backyard.  The program, code named, QRHELPFUL, was one of the “most successful American covert action programs ever developed, yet also one of its least well known and appreciated.  The CIA would provide money and resources to organize demonstrations, print opposition material, and conduct radio and video transmissions that boosted opposition support and morale while simultaneously eroded Soviet authority.”  In addition, it was also very cost effective as the total bill was about $20 million. 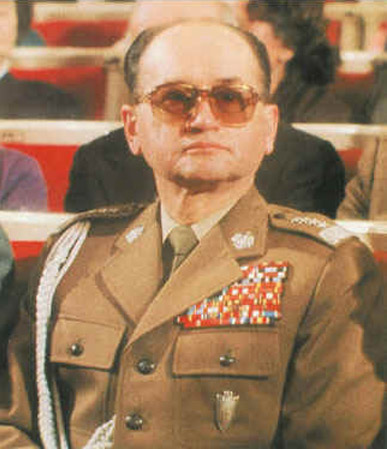 Jones develops chapters on the leading figures in one of the most important movements of the Cold War.  Chapters include those encompassing Solidarity leader Lech Walesa, a worker in the Lenin Shipyard in Gdansk, Polish Prime Minister Wojciech Jaruzelski, Pope John II, President Ronald Reagan, CIA head William Casey, Richard Malzahn in charge of CIA covert operations against the Soviet Union, are all presented in detail and help explain the actions of each of these individuals. Lesser figures that include the United States’ most important spy, Lt. Colonel Ryszard Kuklinski of the Polish General Staff who fed Washington important documents pertaining to the Soviet Union and the Warsaw Pact; assorted smugglers who were part of the ratline that smuggled printing equipment, money, and other sorts of aid that kept Solidarity alive are also discussed in detail.

Previously, historians have argued that Ronald Reagan imposed economic sanctions to thwart the repression of Solidarity and confront Soviet pressure on Warsaw.  Jones has dug deeper to find the full scope of America’s role in the crisis, particularly that of the CIA.  The author affords Reagan a great deal of credit because of his obsessive focus of defeating the Soviet Union, and along with-it communism.  Jones discussion of the evolution of American national security policy toward the Soviet Union through the prism of events in Poland are well thought out.  Jones presents the changes in National Security Decision Directives as the crisis in Poland evolved culminating in NSDD-75 written in 1983 reflecting American objectives of “reversing Soviet expansionism by competing on a sustained basis in all international arenas, promote change in the Soviet Union toward a more pluralistic political and economic system, and engage in negotiations with the Soviet Union which protect and enhance US interests.”  The US would apply a broad panoply of military, economic, and other instruments, including psychological ones with emphasis of Eastern Europe as the essential battleground.

American policies including economic sanctions, blocking Poland’s needs from the International Monetary Fund, and other restrictions had a tremendous impact on a reeling Polish economy, but Washington’s most important role was conducted by the CIA.  William Casey was the catalyst for confronting the Soviet Union with “active measures” and covert operations which they argued had fallen by the wayside under the Carter administration.  For Casey and other members of the Reagan administration the Polish crisis presented the perfect opportunity to employ these methods.  After martial law was imposed the CIA developed sources in Sweden, West Germany, France, and Turkey to funnel needed equipment into Poland so Solidarity could continue to get its message out and keep the hopes of its members (over 10 million) alive.  Jones’ stories of people like Stanislaw Broda (code name, QRGUIDE) who was an important asset in press, books, papers, magazine distribution and trainer of printers, in addition to another fascinating character, Jerzy Giedroye, one of many Polish emigres in Paris who worked on dissident publications and their dissemination.

Jones is very perceptive, but at times overly sensitive to the position that Jaruzelski found himself.  The Polish Prime Minister was constantly caught in the middle by the repressive demands of the Soviet Union, especially Lenoid Brezhnev and his Kremlin cohorts, the economic sanctions of the United States, the demands put forth by Solidarity, and the desires of the Catholic Church.  Moscow repeatedly became frustrated with Jaruzelski as he refused to crack down on Solidarity further, though it must be said that with the imposition of martial law they carried out arrests, torture, disbandment, imprisonment, surveillance, and harassment of the independent trade union that was the beginning of an organized political opposition that spread throughout Poland and had support within the Catholic Church.  Jaruzelski realized if too much pressure was applied a full-scale civil war could ensue and he did want a Warsaw Pact invasion of Poland backed by the Soviet Union.  By 1983 when he concluded the Soviets would not resort to military invasion, he was relieved, but with the Papal visit to Poland in July 1983 and a Papal meeting with Walesa he was caught in a vise.

In 1984 the situation grew worse as Father Jerzy Popieluszko, the chaplain for many Polish steel workers, a friend of Pope John II, and an outspoken critic of the Polish government whose commentary was received throughout Eastern Europe by Radio Free Europe was assassinated by the Polish SB (Secrete Police).  The result it provided the CIA the opportunity to perpetuate outrage against the Polish government and the Soviet Union allowing it to continue its global ideological propaganda war in support of Solidarity.

One of the most interest points of conjecture was the relationship between the Reagan administration and the Vatican.  Jones points out that some journalists have argued that there was a “Holy Alliance” between the two, but the author effectively refutes this line of thought that this was not the case as their views did not always correspond.  There were profound disagreements between the two sides over the maintenance of American sanctions against Poland, and the American goal of achieving some sort of regime change in Moscow in the long run.  When opportunities presented themselves to act in concert, i.e., smuggling goods and equipment into Poland, and support for a clandestine group of priests to assist Solidarity members.

(1980, Lech Walesa addresses workers as they try to register Solidarity as a Trade Union with the Polish government)

The United States had to walk a fine line in its covert operations over Poland.  If the Soviet Union publicized proof over CIA actions it could have domestic implications only ten years after the Church Committee, in addition to how it would play in the international sphere.  The CIA was very clear in promoting “plausible deniability,” and Moscow, had strong suspicions as to what was occurring, but they could not nail down CIA actions.  The CIA was careful to avoid allocating any type of weapons for Solidarity, and stuck to propaganda equipment, money, and other necessary commodities.  By creating layer upon layer to obfuscate what they were doing they kept the KGB sufficiently in the dark.

Following Reagan’s reelection in 1984 the CIA with the complete support of the president embarked on a new strategy to assist Solidarity – the use of technology. In the 1980s television sets and VCRs proliferated in Poland despite the weakness in the economy.  The CIA provided technological training and equipment to take advantage to disseminate the message, i.e., clandestine programing, overriding government messaging.  The CIA leveraged the evolution in communications technology to infiltrate videocassettes, computers, floppy discs, and communication equipment using many of its traditional ratlines.  It must be kept in mind that throughout the struggle to assist Solidarity the CIA was not the only one offering aid and support.  Many subsidies were offered by the AFL-CIO and other organizations as well as several US government agencies apart from the intelligence community.

Events outside Poland would soon have an impact on the issue of repression as Mikhail Gorbachev assumed power in the Soviet Union who would shortly realize the true state of the Soviet economy, and soon after the disaster that was Afghanistan.  In the United States, the Reagan administration was confronted by the Iran-Contra scandal, which eventually Reagan was able to put past him.  It was soon becoming obvious that the Soviet Union was in decline, and with a second Papal visit to Poland in June 1987 and an open-air mass in Gdansk where for the first time the Pope completely identified himself with Solidarity openly challenging the Jaruzelski regime, fostering the labor movements return.  When the Jaruzelski government raised prices in February 1988, the resulting strikes and demonstrations his government teetered on the edge.  Jones takes the reader through the final negotiations that brought democratic elections to Poland and the accession of Walesa to the presidency in 1990.

The key to Jones’ successful narrative was his command of primary material especially his melding of interviews with CIA principles and now unclassified documents into a fascinating account of the how-to of a covert action.  In conclusion, though Jones describes an amazing description of the fortitude of the Polish people against Soviet oppression, and the gains made since the collapse of the Russian regime, recent events lead one to question where the Polish government and society are evolving.  Is it a type of populism that discredits their past and reinvigorates the type of racism that plagued Poland for centuries, or is it something less sinister, but against the principles that Solidarity fought for?