In DEEP RIVER, author Karl Marlantes moves on from his description of a company of Marines in Vietnam who tried to recapture a mountain top base that formed the basis of his award-winning book, MATTERHORN and his unique description of combat in his memoir, WHAT IT IS LIKE TO GO TO WAR.  In his latest effort he takes on a different type of warfare centering around the battle between labor and capitalists in the Pacific northwest at the turn of the 20th century through 1932.  Focusing on a Finnish immigrant family, the Koskis, Marlantes delves into the problems faced by immigrants as they arrived in Oregon and southern Washington, not far from the Columbia River as they struggled for survival as they are swallowed up by the lumber industry.  The result is a family epic that spans an important segment of American history as well as a fascinating read that you will look forward to each time you pick up the book.

Marlantes employs a literary epic approach to convey his story beginning with the difficulties that the Finnish people faced under Czarist rule in the 1890s.  As revolution began to permeate Finnish villages the Koski family found themselves caught up in the whirlwind that surrounded the oppressive rule of the Romanovs and attempts by revolutionaries to free their country and establish some sort of Socialist utopia.  Events resulted in the breakup of the Koski family as Taipo, the father is arrested and later dies in captivity, and the children Ilmari, Aino, and Matti immigrate to America.  Each chooses their own path, Ilmari leaves first and takes advantage of the 1862 Homestead Act in Knappton, Washington; Aino, who turned to socialism and organizing opposition to the Czarist regime is arrested, tortured, and raped as she is implicated in a plot to assassinate a Czarist bureaucrat and winds up in the same area  working in a logging camp near her brother; and the youngest of the three, Matti has visions of creating his own logging business after being exposed to the hard labor of the northwest forests.  The Koski family is not the only one fractured by the Czarist regime as the Langstrom brothers are torn from each other; Gunnar a socialist revolutionary facing arrest and his brother Askel, who fears the Okhrana, the Czarist secret police escapes to Sweden and later to America.

Marlantes develops many important characters to go along with the Koski siblings, including historical ones like the International Workers of the World (IWW) organizer and rabble rouser, Joe Hill and many others.  Each character is introduced in the context of the Koski family and how they fit into the growing conflict between labor and lumber management.  Aino is haunted by the love she left behind and her increasing radicalization throughout the book that leads her to organizing loggers for the IWW that results in splitting her family.  Ilmari is a deeply religious man who organizes a congregation for the church he builds, marries and focuses on family life.  Matti and Aksel will come together to try and take advantage of the increasing demand for lumber due to World War I.  The trials and tribulations of each gather force and capture the imagination of the reader throughout the over 700-page story. 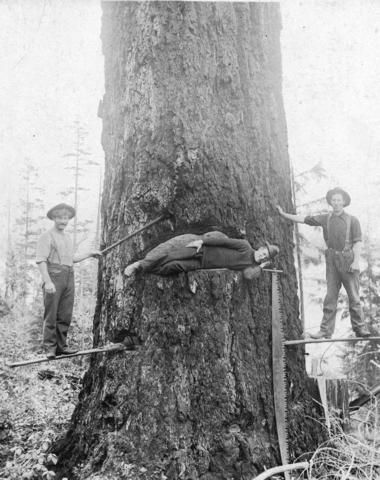 Marlantes does a superb job explaining how the lumber industry functioned in the early 20th century and how cruel and dangerous it was for the loggers many of which were Finnish and Swedish immigrants.  Wages were low, living conditions appalling as labor exploitation by lumber barons led to strikes and violence created by the IWW as each demand; straw to sleep on or an eight-hour day created greater angst on the part of both sides.  Marlantes develops the tension in the narrative very carefully as he introduces the different characters and their families in the context of historical events.  The crisis for labor and the IWW is laid out and its impact is presented through strikes in Nordland and other areas and the role of government is explored.  Congress first gave the land to the Northern Pacific Railroad to build a transportation network in a rather corrupt bargain.  The railroad would sell the excess land for profit to lumber barons, who employed soldiers and police to break up any attempt at strikes or unionization.  As law enforcement wished to stifle dissent in the name of national security, it led to the Espionage Act of 1917,  which has a certain resonance to arguments made today by certain elements in Washington, DC.  Other important historical events are woven into the story including the Spanish flu, the Palmer Raids, and the onset and effect of the Depression.

(The wood economy in the Pacific Northwest)

Marlantes uses his family epic to convey a microcosm of American labor history focusing on lumber capitalists, loggers, the role of the federal government, the Red Scare that followed World War I, and the impact of the Stock Market crash of 1929.  His description of the plight of loggers as they try to better themselves and for some, like the Koskis and Aksel who try to make it on their own, the forces that try and keep them under control, and the wish of loggers and later fishermen to be successful capitalists is heart rendering and very complicated.

The authors grasp of Finnish culture and traditions is exemplary and adds a great deal to the story line.  He offers his own families past and his childhood memories as a motivation for pursuing his chronicle of the Koski family .  Marlantes has offered the reader a gift and having completed it I thank him greatly. 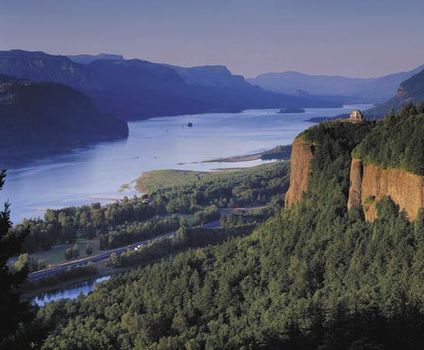