In 2003 my wife and I visited Krakow, Poland as part of a trip to locate where my father’s family lived before immigrating to the United States in the 1930s to escape the dark clouds that were descending upon Europe.  During our visit I hired a driver and spent hours visiting Auschwitz and Birkenau the resting place for many relatives that I never was fortunate enough to meet.  Seventy-five years after the conclusion of World War II, numerous questions abound concerning the then then “crown jewel” of Hitler’s extermination machine.  Books continue to proliferate, but what sets Jack Fairweather’s new book, THE VOLUNTEER: ONE MAN, AN UNDERGROUND ARMY, AND THE SECRET MISSION TO DESTROY AUSCHWITZ apart is his discovery of the role of Witold Pilecki, who volunteered to be imprisoned in Auschwitz in order to organize  an underground resistance that would be part of a major revolt against the Germans.

(Pilecki and his wife, Maria, and their son)

Pilecki has become a national hero in Poland and his story remained unknown in the west until it was uncovered by historians in the 1960s and 70s.  Much of his writings were sealed by the Soviet Union after the war because as a Polish nationalist, Pilecki was deemed a threat to the state, placed on trial and executed by the Stalinist regime.  It wasn’t until the collapse of the Soviet Union in 1989 and the opening of the state archives in Warsaw that the academic Adam Cyra and Pilecki’s 60 year old son, Andrzej had access to his father’s writings and reports smuggled out of Auschwitz in order to alert the allies as to what was occurring in the crematoria and gas chambers, and argue for the west to bomb the camps.

Fairweather asks a number of important questions from the outset that impinge upon the role of England and the United States as it learned of the extermination camps.  He carefully develops a number of important themes that reverberate throughout the narrative.  First, despite Pilecki’s earnest efforts, that included being tortured, beaten, starved, suffering from typhus, he was able to employ the Polish underground network to smuggle out the truth as to what was occurring in Auschwitz to underground leaders in Warsaw who were able to convey part of his reports to the Polish government in exile, and hence to the Churchill government in 1942.  Much of this information was also communicated to the Roosevelt administration in Washington who was much more of a political animal in deferring any decisions to assist the Jews be it immigration by confronting State Department policies that was openly anti-Semitic under the auspices of Breckinridge Long, or approving bombing of the camp. Second, was the mind set of British politicians in high circles who suffered from an “in-bred” anti-Semitism and saw Pilecki’s information as a distraction from the main war effort.  They would allow the dissemination of some information but would not endorse it.  As Richard Breitman and David Wyman have pointed out the British were obsessed by the Palestinian issue and they feared an Arab reaction if they approved further immigration because of their dependence on Middle Eastern oil and the Suez Canal.

Lastly, Fairweather’s narrative focuses on Pilecki’s attempt to educate the allies and get them to acknowledge the importance of what was occurring at Auschwitz.  On another level he concentrates on the allied response and the reasons for their “deafness” when it came to the extermination of European Jewry.   As he concludes, “the allied failure to Understand Auschwitz’s role as the epicenter of the Holocaust allowing officials to continue to characterize the German assault on the Jews ASA a diffuse phenomenon that could only be stopped by defeating Germany.”  Downplaying genocide could only inhibit further investigation.  Much of what Fairweather argues has been put forth by numerous historians, but the key is the personal story of Witold Pilecki that unfolds. 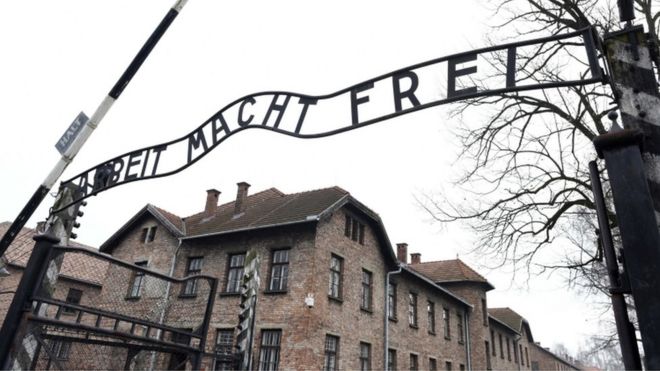 (The gate as you enter Auschwitz)

Fairweather has written a deeply personal portrait of a man whose moral and ethical principles stood out in a deeply troubled period.  The narrative is based on assiduous research that included interviews with fellow inmates who the author had access, that provide insights into his character, his decision making, and the impact of his actions.  Fairweather traces Pilecki’s journey from his quiet family life who survived the Nazi onslaught on his country in September, 1939, experiences in Auschwitz, his methodology in organizing his underground network, strategies for smuggling out information, and how he tried to convince his superiors of the importance of destroying Auschwitz as it was a vehicle to exterminate millions of Jews as well as thousands of Polish Catholics.

Many of Pilecki’s compatriots like Dr. Wladyslaw Dering, a Warsaw gynecologist who faced the dilemma of how much he should cooperate with the Nazis as he tried to save as many inmates as possible, a Polish spy known as Napoleon, and Stefan Rowecki, the leader of the Polish underground in Warsaw are introduced as are the kapos, like Alois Staller who tortured the inmates, the SS Commander, Rudolf Hoss, who ran the camp, among many, and of course the victims who suffered unbearably.  Fairweather presents the unfathomable and grisly details that go along with any discussion of the Holocaust that have appeared in historical accounts since the end of World War II, but he delivers them in a concise manner, with much sensitivity and at the same time is able to convey to the reader the importance of Pilecki’s mission to expose what the Nazis were doing in Auschwitz, particularly once the decision for the Final Solution is made in January, 1942 at the Wannsee Conference. 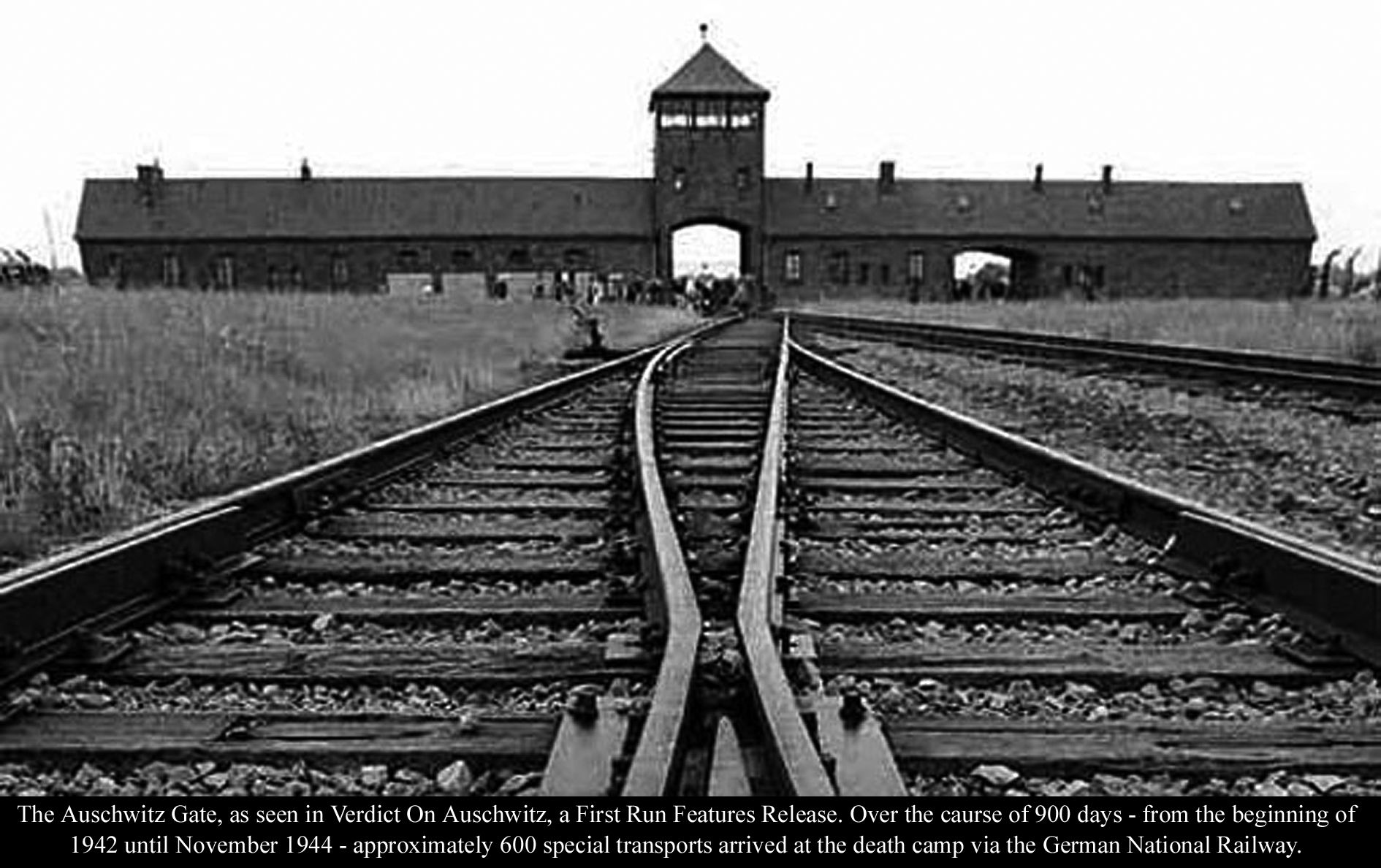 If there is a criticism that can be offered is that at times Fairweather is somewhat cavalier about his information, i.e. his description the Battle of the Bulge as a minor hinderance to the allied drive to end the war.  Further, he should be careful with his statistics stating that there were 2,000,000 Jews under Nazi control in Poland, the 3,300,000 would be more accurate.

Overall, Fairweather has written an important book because he uncovers the role of an important figure who did his best to alarm the world as to what was the end goal of Hitler’s racial war.  The fact that Witold Pilecki was kept hidden for so long is the result of another type of extermination, Stalin’s effort to eradicate any Pole who might have been given any credit for liberating their country.  Kudos to Fairweather for bringing Pilecki’s story to the fore. 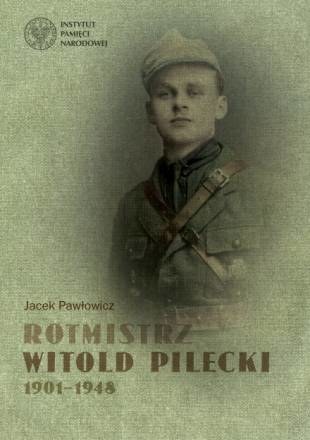