William Kent Krueger has written another exceptional thriller in his third Cork O’Conner novel, PURGATORY RIDGE with the main character seemingly having righted his marriage and filled the voids that emerged in previous mysteries.  As he has done in his other works, he has combined the beauty of nature in northern Minnesota, reservation life and economics, and of course a work of fiction that produces angst and fear.  Krueger is a master of novels that run on a number of tracks.  In the present iteration of Cork O’Conner, the conflict between lumber interests and environmentalists dominates.  Further, the death of a young man who drowned along with many others in a shipping accident on Lake Superior explains a great deal of what transpires.  The question that immediately comes to mind is how the plight of white pine trees  known as Our Grandfathers by local Native-Americans, the tragedy of the “Alfred M. Teasdale,” and an explosion at the Lindstrom Lumber Company all fit together.

The puzzle that Krueger offers reflects the animosity between logging interests represented by Lindstrom Lumber and the actions of environmental groups in the courts, demonstrations, and at times violence.  In this instance the loggers are opposed by the “Army of the Earth,” and on another level the conflict involves the interest of those who make their living from the logging industry against those of the Anishinaabe Indians on the Iron Lake Reservation.

Krueger returns a number of important characters from previous novels one of which is Nancy Jo O’Conner, who is the lawyer  for the Anishinaabe Ojibwe in their fight against the loggers to save the white pine trees.  It appears that Aurora, the home of the O’Conner’s is on the eve of war and after the explosion at Lindstrom Lumber that killed Charlie Warren, the traditional chief of the Iron Ojibwe Indians, the death count has begun.  The conflict between “red” and “white” leaps off the pages and it is a continuation of the troubles that came to a head two years earlier over fishing rights that cost Cork O’Conner his job as sheriff.  Other returning characters include, Henry Merloux, the Anishinaabe medicine man who seems “all wise” and has known Cork his entire life.  Wally Shanno, the Tamarack County Sheriff,  Helmut Hanover, the editor of the Aurora Sentinel, whose nickname is “hell,”  and the O’Conner children and Aunt Rose.

New characters that take prominent roles include John Le Pere who was the only survivor aboard the “Alfred M. Teasdale” and witnessed the drowning of his brother Billy.  Wesley Bridger, a former Navy Seal who partners with Le Pere in trying to show negligence by the Fitzgerald Shipping Company and recover damages while explaining why the ship sank.  Joan Hamilton, an environmentalist known as “Joan of Arc of the Redwoods,” and her son Brent who belongs to the “Army of the Earth” who refer to themselves as Eco-Warriors.  Lastly, Grace Fitzgerald, author and poet who is married to Magnus Karl Lindstrom III the owner of Lindstrom Lumber whose father had been the owner of Fitzgerald shipping.

Le Pere’s grief is palatable and has shadowed his life for over fifteen years leading him to behavior that is the result of forces he cannot control when all he is seeking is justice.  The  O’Conner family will be dragged into the nastier aspect of the existing conflict resulting in the  family moving closer together.  Underlying family issues is whether Cork should run for reelection as Sheriff which Nancy Jo fears will rip apart the progress that has been made in restoring their relationship.  Krueger’s plot will come full circle before its conclusion that encompasses a number of flawed characters, but the prolonged tension of the story remains until the very end, an ending the reader will not be able to anticipate.  Krueger’s writing will not win any awards for fine prose, but it does maintain the reader’s interest throughout and does not disappoint as the Cork O’Conner series remains a hit.  The next installment is entitled, BLOOD HOLLOW. 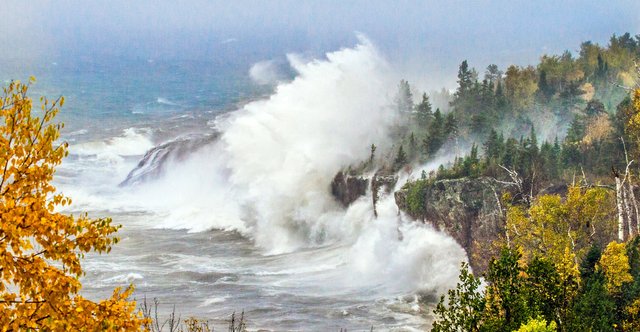