(The 1968 Democratic Convention demonstration on the streets of Chicago)

The publication of MSNBC host Lawrence O’Donnell’s new book, PLAYING WITH FIRE: THE 1968 ELECTION AND THE TRANSFORMATION OF AMERICAN POLITICS comes at a propitious moment in American political history.  According to O’Donnell 1968 is the watershed year that set our current politics in motion – a partisan conflict were by ideology and party affiliation has become more important than the needs of the American people.  O’Donnell argues that before 1968 the terms conservative democrat and liberal republican existed, today they are pretty much extinct.  By examining 1968 we can discern the origin of this political schism and conjecture on how it affects the United States domestically and in the realm of foreign policy.  The comparison between our current politics and 1968 is fascinating as Donald Trump seems to have adopted the populist message of Alabama governor George C. Wallace, be it state’s rights or white nationalism, and Bernie Sanders can be compared with Minnesota Senator Eugene McCarthy and his liberal socialist agenda.  We must also mention the emergence of Roger Ailes and the role of Fox news in molding a certain part of the electorate, because in 1968 Ailes joined the Nixon campaign, which over decades led to the creation of his successful news outlet and helped formulate the term “fake news.”

The election of 1968 was about life and death as the war in Vietnam controlled people’s lives.  A person’s draft status dominated their waking hours be it soon to be high school graduates, college students, and recent college graduates.  The United States found itself in this situation due to the machinations of the Johnson administration in late July and early August, 1964 that resulted in the Gulf of Tonkin Resolution which provided Lyndon Johnson with almost imperial powers to conduct a war.  According to Attorney General Nicholas Katzenbach appearing before Senator J. William Fulbright’s Senate Foreign Relations Committee the Gulf of Tonkin Resolution authorized the president to use “the armed forces of the United States in any way that was necessary,” and argued further that the constitution did not require the Senate to play a role in foreign policy.  Johnson would take the Gulf of Tonkin Resolution as almost carte blanche in getting the United States into a quagmire in Vietnam.  Keeping with the theme of comparing the past to the present, the Patriot Act passed by Congress and signed into law on October 26, 2001 in response to 9/11 has been used in a similar fashion by three presidents; Bush, Obama, and Trump to conduct war on their own terms in the Middle East, and currently it appears, in Africa.

For O’Donnell the key figure in 1968 is Senator Robert Kennedy who appeared as a political “rock star.”  People believed that he would never send America’s youth to fight in Vietnam a subject he rarely spoke about in his speeches.  People related to Kennedy because they recognized the pain he was in and believed his empathy for the electorate was real.  Many believed that it was only justice for Robert Kennedy to reclaim the presidency that was lost in Dallas when his brother was assassinated in November, 1963.  The 1960s was an era of change, and no one’s view of the world changed more than Robert Kennedy.  By 1968 the Senate began questioning Johnson’s “monarchial” approach to Vietnam and this would help foster the political upheaval we are still dealing with today.

O’Donnell does a wonderful job replaying the events leading up to 1968 and what took place that incredible year.  My main problem with O’Donnell’s approach is that it mostly based on his own experience and writing and a slew of secondary sources and in some cases not even the best ones.  A case in point is the Johnson-Kennedy rivalry and contempt for each other.  The best study of rivalry is Jeff Shesol’s MUTUAL CONTEMPT: LYNDON JOHNSON, ROBERT KENNEDY, AND THE AND A FEUD THAT DEFINED A DECADE an in depth nuanced look that O’Donnell might have consulted.  There are many other examples including his over-reliance on Evan Thomas’ biography of Kennedy, which reinforces my belief that O’Donnell needs to broaden his research, with the integration of more primary materials that would further his arguments as a significant part of the book reads like Theodore White’s THE MAKING OF THE PRESIDENT 1968.

To O’Donnell’s credit there are many fine chapters and insights interspersed throughout the narrative.  By delving into the different factions on the left and the right the reader is exposed to the ideological struggle that existed in both the Democratic and Republican parties.  The introduction of Allard Lowenstein, the role of Gene McCarthy’s candidacy, in addition to the rise of the radical left, we can see the beginning of the splintering of the Democratic Party.  The chapters dealing with the Kennedy-McCarthy competition for the Democratic nomination is well played out as is the candidacy of Hubert Humphrey after Robert Kennedy is assassinated.  Republicans also experienced many fissures in their quest for the presidency.  The discussion involving the reinvention of Richard Nixon, the liberal quest of Nelson Rockefeller, and the rise of Ronald Reagan on the right within the Republican Party are all artfully explained and we see the end result, and the type of campaign the “new Nixon” ran.

Among O’Donnell’s most important points include the machinations within both major political parties, the role of the Tet Offensive in Johnson’s withdrawal from the race, Kennedy’s candidacy, and the politics of fear employed by George Wallace.  Perhaps O’Donnell’s most interesting comments encompass the rise of Ronald Reagan as a conservative spokesperson for General Electric allowing him to develop into a viable political candidate.  O’Donnell’s is right on when he argues that Reagan was GE’s tool in educating workers, and indirectly the public in the evils of unions, government interference in the economy, and the benefits of giving freer rein to corporate America embodied in General Electric.

In addition, O’Donnell is correct in pointing out that the militarization of America’s police forces that we experience today began in 1968 following the assassination of Dr. Martin Luther King.  King’s death led to burning and rioting in 30 US cities that called for 18 Army Brigades, consisting of 50,000 troops to restore civilian control.  The result was 20,000 arrests and 39 dead.  Another example of how the past formed the present is the concept of “premeditated confrontation” that ABC introduced as a way to save money on their coverage of the Republican convention.  By pitting the well-known conservative intellectual William F. Buckley against Gore Vidal, novelist and liberal commentator the expected explosions took place.  When we watch PBS, the networks, and cable television today, we can easily discern where these types of panels originated. 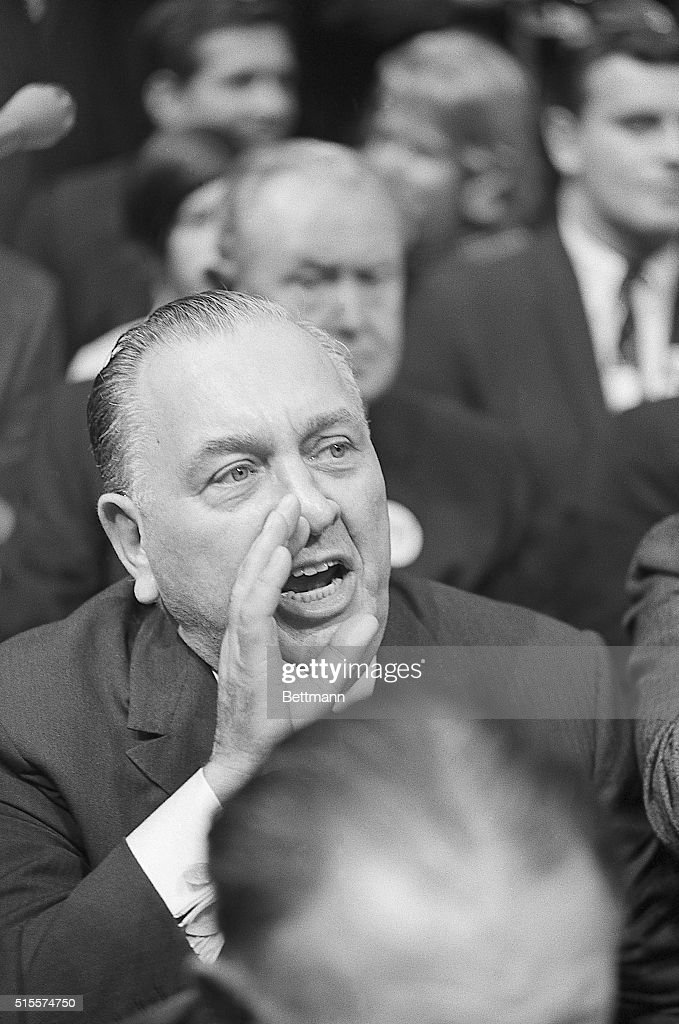 O’Donnell forces the reader to relive or learn for the first time the impact of the assassination of Robert Kennedy and to contemplate a counter factual approach to history by conjecturing what America might have experienced had he been elected to the presidency.  Vietnam, civil rights, and numerous other issues would probably have played out much differently than it did under the Nixon administration, an administration that came to power based on the treason Nixon committed by interfering with the Paris Peace talks at the end of October, 1968 thereby contributing to the ongoing war in Vietnam and perhaps lost the opportunity for peace that led to the death of over 20,000 more Americans.

What is clear from O’Donnell’s narrative is that Donald Trump copied the 1968 Richard Nixon playbook in his presidential run.  First, the slogan “America First” began with Nixon as did the concept of the “silent majority” that Trump also followed.  Second, Nixon’s approach was one of anti-tax, anti-government, anti-abortion, pro-law-and-order, just as was Trump’s.  It is also clear that 1968 was a dividing line in the evolution of partisan politics and a realignment of the American electorate, it is just a question of how long the American people will suffer because of these changes.  For O’Donnell, Eugene McCarthy is his hero because he was the first one to take the risk and try and end the war.  Bobby Kennedy, is also his hero, but he was not the first to challenge an incumbent president as McCarthy had.  In conclusion, I would recommend that O’Donnell include more of his comments that have been on display recently on various programs on MSNBC, because they strengthen his overall narrative argument.

(The 1968 Democratic Convention demonstrations on the streets of Chicago)